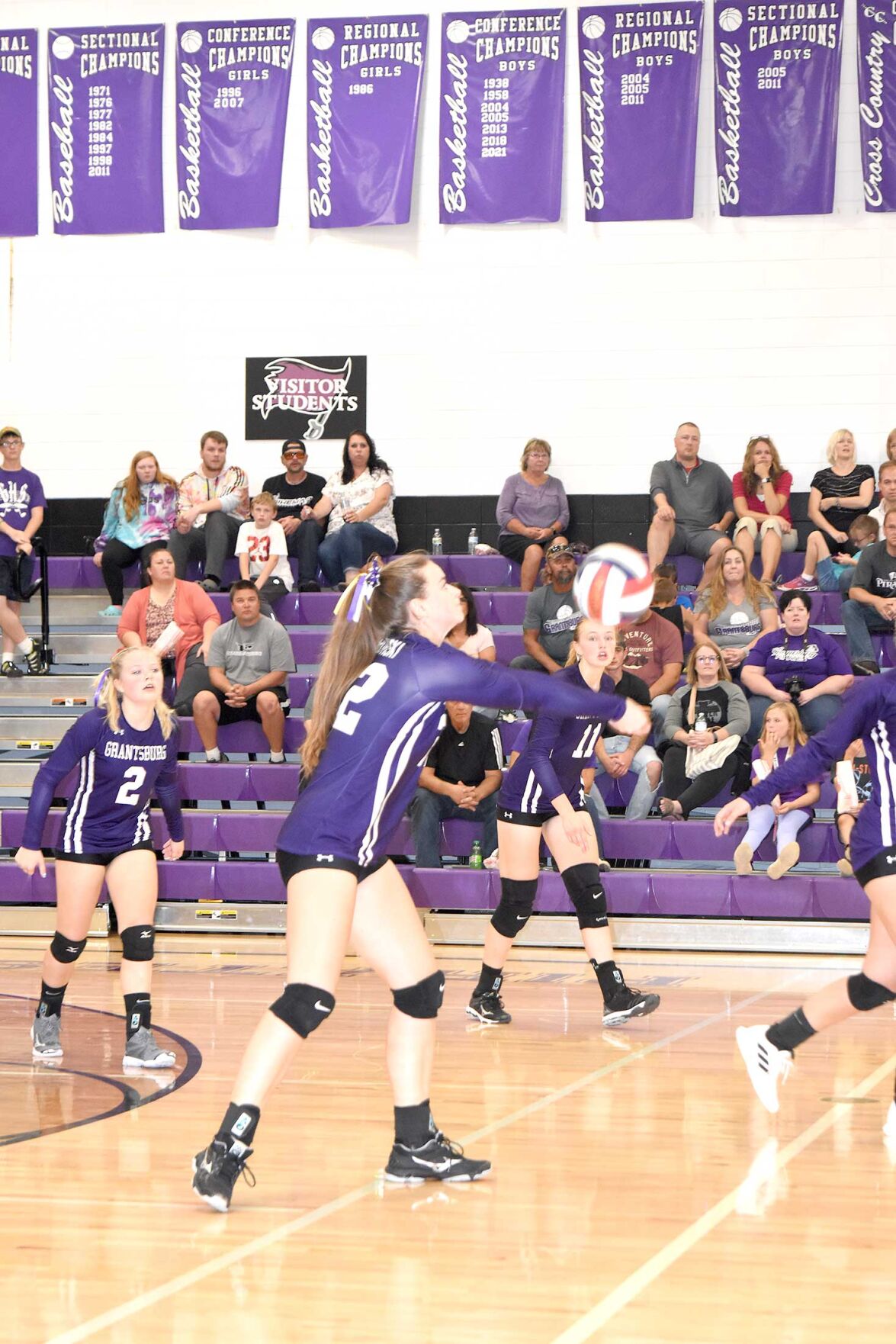 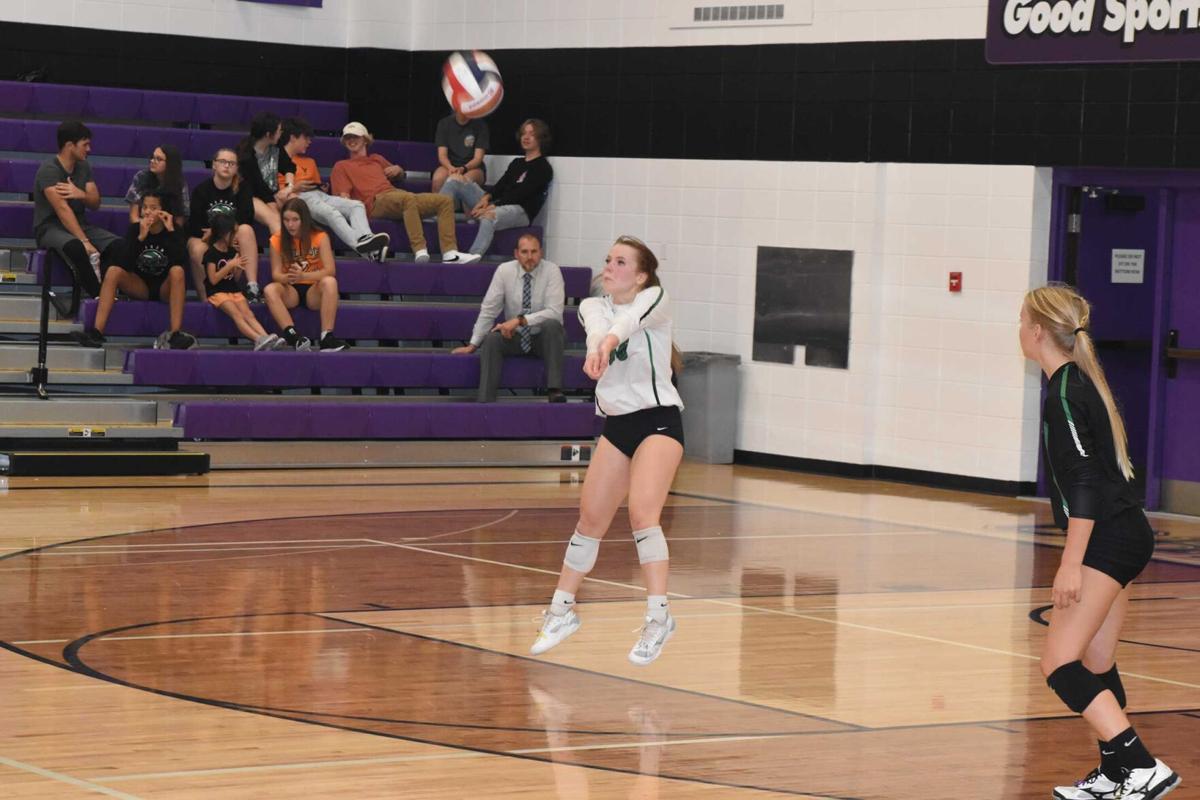 Siren junior Anna Berger had a strong game in Grantsburg.

Siren junior Anna Berger had a strong game in Grantsburg.

The Grantsburg Pirate girls had a lot going on as they hosted conference rival Siren on Thursday, Sept. 30. They had a supportive group wearing pink in honor of a school staffer recovering from cancer, who also has a freshman player on the squad. They also honored players and parents on Parent’s Night, but it was the action on the court that drew the most attention.

“I was so impressed with Siren’s defense and it was a much closer battle than the winning scores indicated,” Pirate head coach Deb Allaman-Johnson said. “The varsity wasn’t quite firing on all cylinders, but managed to come away with the win while getting all 15 players some court time.”

Siren looked quite good, and made some impressive digs, keeping the ball alive when it seemed to be lost. The Dragons rallied several times to keep the Pirates on-duty, all night. But it ended up going Grantsburg’s way, 25-13, 25-10 and 25-11.

Coach Allaman-Johnson reiterated that it was much closer than the scores suggested, and praised the Dragons for their defense, while also noting her own teams’ issues with being away from the court for over a week.

“It had been nine days since our last match–the longest competition gap in GHS VB history,” she said adding that it was due to St. Croix Falls changing conferences last year. “The rest of the season is jam-packed and hectic with tough competition.”

One major Pirate event on Parent’s Night was that senior Hanne Johnson stuffed her 12th kill of the match, bringing her to the magic 1,000 career kills, which is not only a rarity for Grantsburg, but a notable career stat for any player in Wisconsin, with plenty of games left to add to the number.

“One thousand career kills is similar to 1,000 career points in basketball in terms of significance,” coach Allaman-Johnson said, adding that it appears as though only three Pirates have ever reached that milestone.