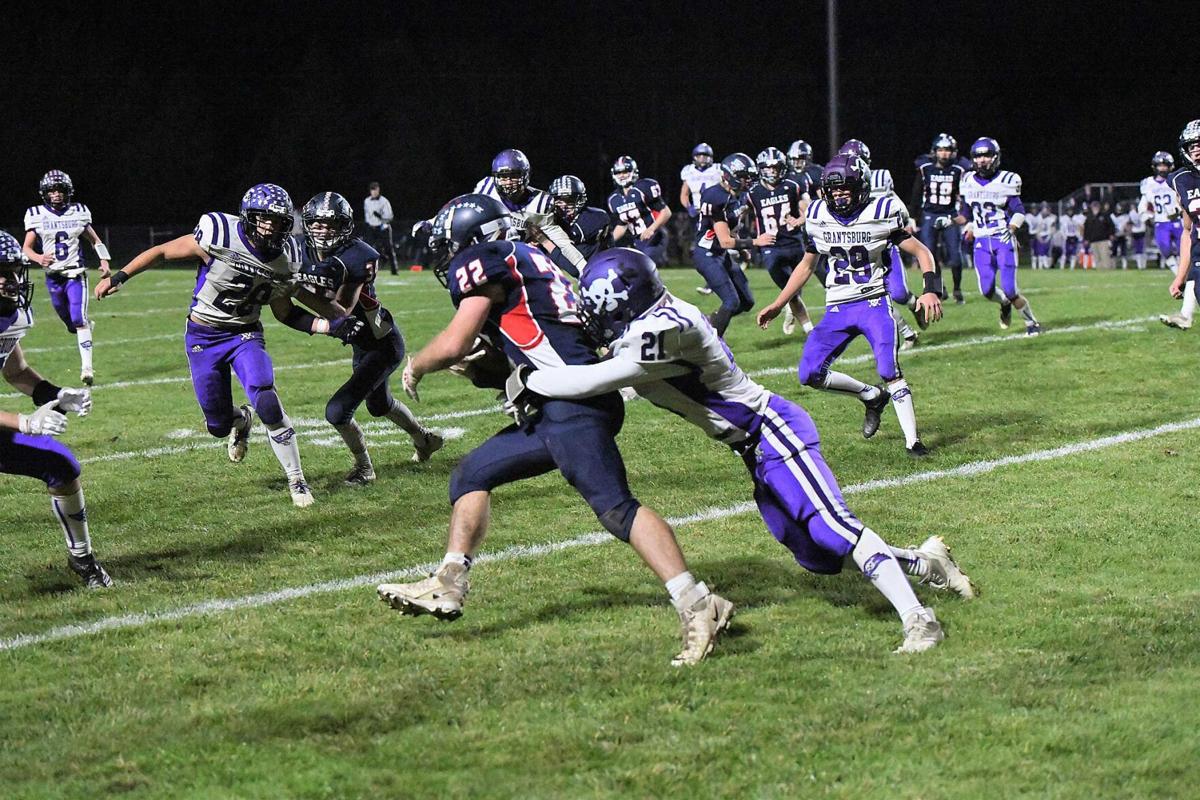 Silas Prusinski making the tackle from behind against a slippery Eagle rusher. 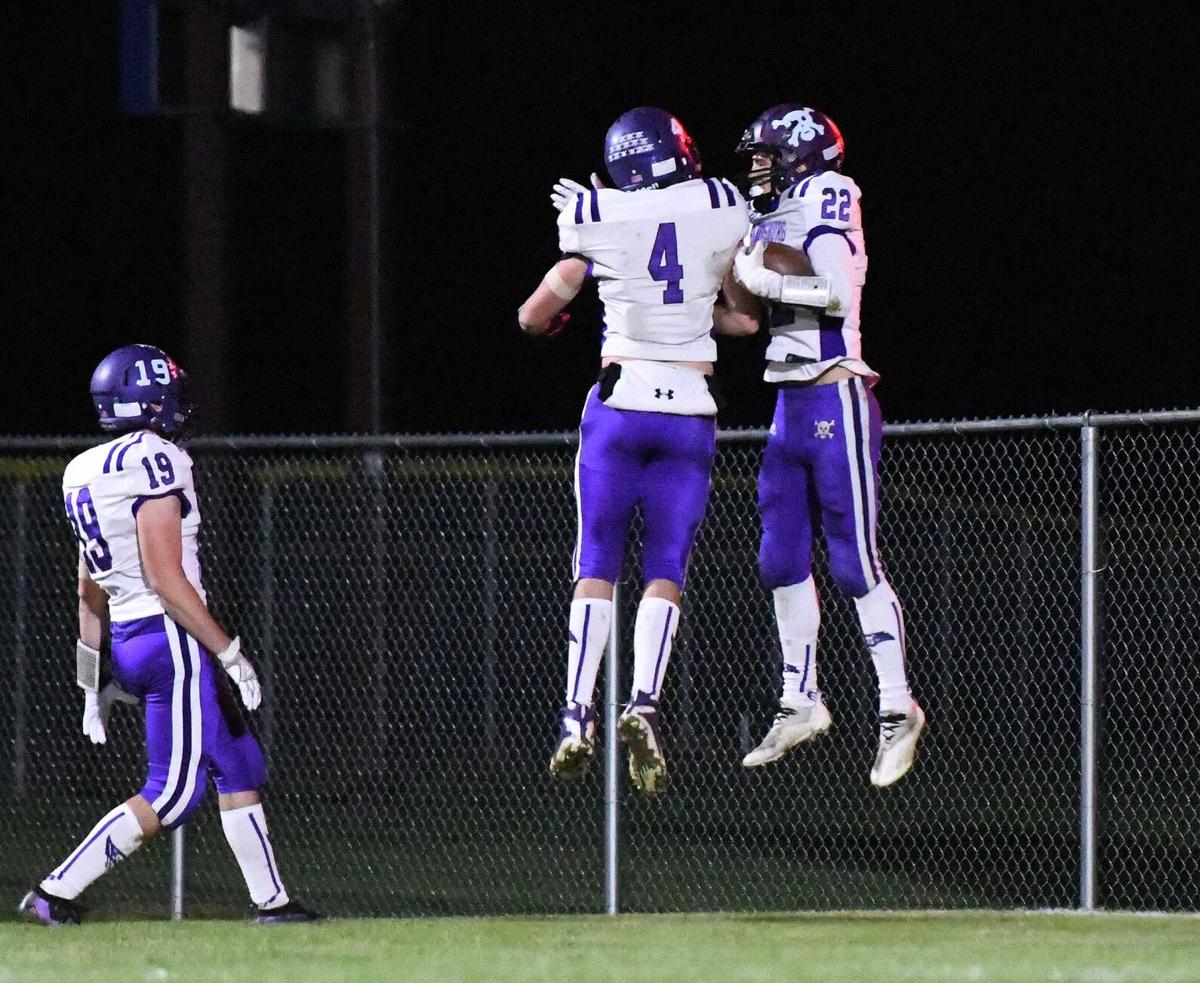 Grantsburg players practiced their levitation after a big score.

Silas Prusinski making the tackle from behind against a slippery Eagle rusher.

Grantsburg players practiced their levitation after a big score.

The second season for the Grantsburg football squad ended at the second game of the playoffs last Friday, Oct. 29. The Pirates traveled to Balsam Lake to play the Unity Eagles for a WIAA Division 6 second round playoff game, after finishing the 2021 season with a 5-4 regular season record and finishing third in the West Lakeland Conference.

Hurley won the conference title and Unity finished the regular season with a 6-1 record, earning second place honors in the West Lakeland.

The Pirates came into the game having won their first round playoff game at Augusta, getting past the hosting Beavers by a score of 14-12.

Unity was also coming off of a close first round home playoff win over Cadott, advancing by a score of 14-7.

Adding to the excitement was that the Eagles and Pirates had just played a few weeks prior, as well, with Unity prevailing in that regular season contest, 26-20.

From the start of the playoff game, both defenses played solidly, keeping each offense from scoring in the first quarter. Then about midway through the second quarter, Grantsburg’s Trenton Johnson took the snap from behind center and scampered through the Unity defense behind solid blocking on the outside by Zach Miller to run the ball in for a 28-yard touchdown scamper, putting Grantsburg up 6-0. The 2-point conversion run by Isaac Quimby was successful, making the score 8-0.

But the Eagles’ offense tallied a score with under a minute before halftime, as Unity scored on a 1-yard touchdown run by Tristan Tillery, making the score 8-6. The 2-point conversion run was unsuccessful, so Grantsburg kept their 8-6 lead into the half.

In the third quarter, the Eagles offense got back on track, and scored on two touchdown runs by Tristan Tillery, putting them ahead, 22-8. Tillery scored the first on a 25-yard gallop to put the Eagles up 12-8. Then on the 2-point conversion Mike Nelson ran it in to make the score 14-8, Unity.

Later in the third quarter, Tillery scored again, this time on a 13-yard run to put the Eagles up 20-8. The 2-point conversion run by Brody Allen was successful, making the score 22-8, Unity.

In the fourth quarter, both defenses kept the offenses from pay dirt until a late Unity drive stalled on the Grantsburg 10-yard line, when Unity turned the ball over on a fumble. Grantsburg’s Isaac Quimby recovered the miscue and ran 82 yards before being tackled out of bounds at the Unity 8-yard line. Just a few plays later Aaron Burkman ran the ball in for a 1-yard Pirate touchdown, making the score 22 to 14. The 2-point conversion pass from Aaron Burkman to Zach Miller was successful, bringing the score up to 22-16, giving the Pirates a last chance.

However, the Eagle defense held the line and the score stayed at 22-16, with Unity winning 22- 16, ending the Pirate playoff run. Unity will go on to play at Durand next Friday, Nov. 5 at 7 p.m.