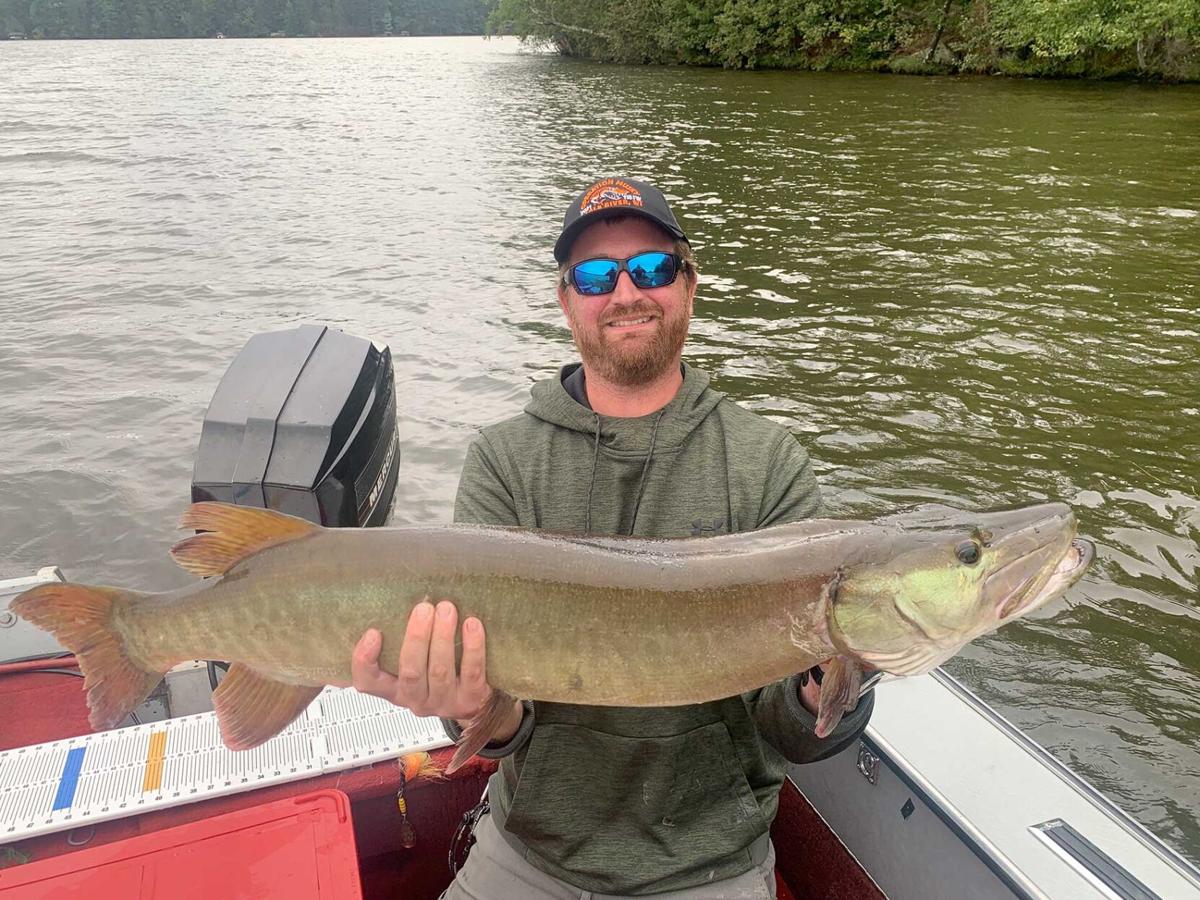 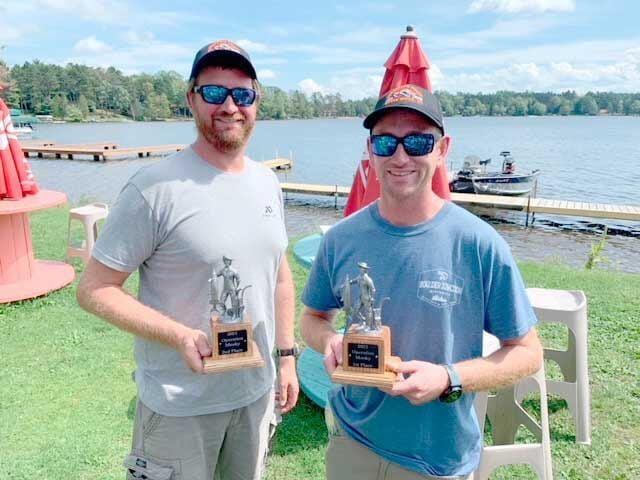 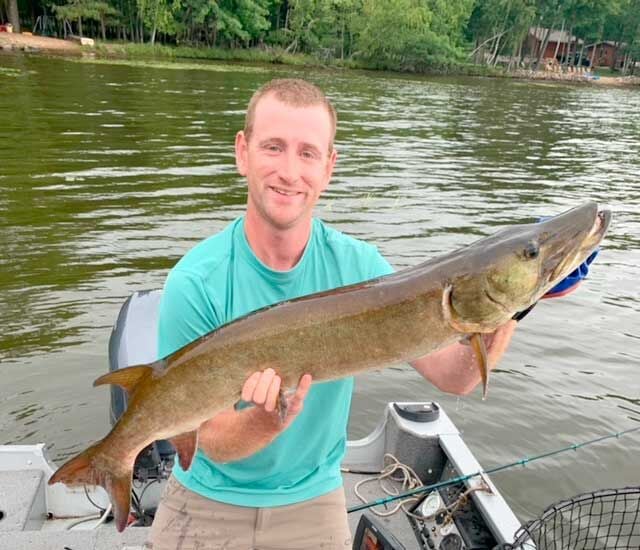 Twenty-one years ago, I joined a group of my buddies from my days back in the Wisconsin Air National Guard for an annual musky fishing outing that at that time was held on the Pike chain of lakes.

All of us were part of the 115th Fighter Wing at Truax Field in Madison and we have as much fun at camp as we do on the water. As the years passed our numbers dropped and it was The Red Brush Gang to the rescue as in members of my deer camp and some of their friends joining what is a very fun and exhausting two-day fishing experience.

We are staying at The Hiawatha Motel on the Eagle River chain of lakes and as I have written in the past this is a great place to stay. There are boat docks, a game room that has darts, pool table and ping pong. What we did both nights was stay up and visit while playing pool and ping pong.

My fishing partner is Jeff Moll who put in 23-years at Truax and three of his sons enlisted while they were in high school with one of them becoming a fighter pilot and another well on his way.

So here is the Jeff and Mark story each and every year. We have as much fun as possible cruising around on the lake. We cast for musky and northern pike, there is a northern side bet, we troll, we cook great meals on the boat and when we see some of our friends which all 13 teams are our friends, we pull up to one another and talk, with Jeff usually verbally abusing me and me easily giving it back to Jeff.

My buddy just purchased a Lund “Alaskan” that is pushed by a 70hsp Yamaha and she’s a beauty. A bit of a side note, the computer on 90 hsp Etec has been replaced, it took 85 days, but she’s back.

So here is a rather unique part of this story. Jeff and I are pretty decent fishermen and despite rather late evenings we put in some time and try very hard, but we just cannot catch a cold or anything else.  On Saturday we put 12 hours on the water and Sunday another three. We did not see a fish, not even a minnow and this is our typical output. I simply do not care but it would be cool to catch something.

Brent Schuster who was fishing with his dad Randy caught a 38-inch musky while trolling. My evil nephew Trent who specializes on making my life difficult caught a dandy 42.5 incher which my stepson Joey Dushek netted and at days end, the father son team of Todd and Joey Cibulka had a pair of 22-northern pike which is very small but leading in that division which has 3 places.

Late this afternoon a cold rain fell, and it was really cool to watch as there is a pirate ship that does tourist rides and apparently several young ladies had rented it for a bachelorette party, the harder it rained, the harder they sang and danced.

Tonight, back at the Hiawatha it was a laugh a minute and those laughs lasted until three a.m. for some of us.

You can play late but ya got to get up in the morning! I want to take a minute to thank my buddies Tom Gilbertson and Gary Jensen for doing much of the work that is necessary for this outing to take place. Tom and Gary were a couple of my bosses back in my bomb loading days and Jeff and I had the same “stay up late” attitude back in the 80s and it may have caused some stress for them.

This morning it was my nephew Riley Schuster who was fishing with his dad Dick Schuster who caught a dandy. Riley’s musky hit an X Toad was just under 41-inches and the fattest musky that I have ever seen in that length.

This event is a must do for everyone in it. I started in 2000 and I have not missed a one, its full of honor, hard fishing, and lots of laughs!