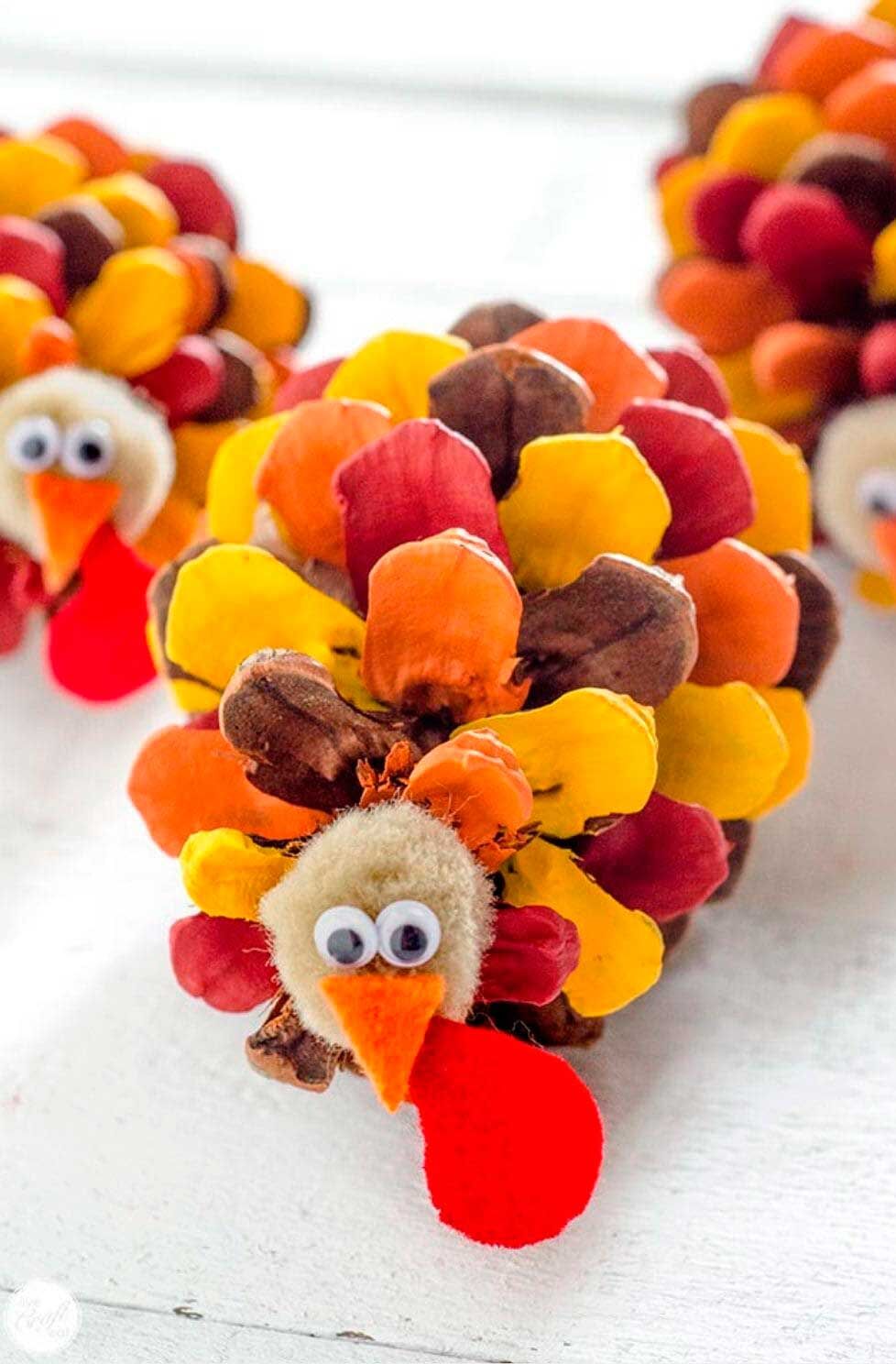 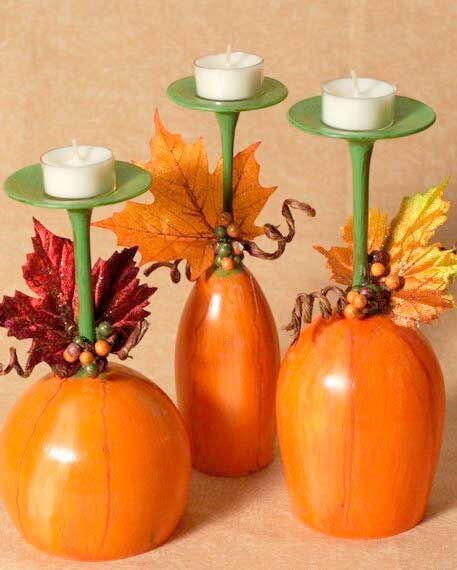 These pumpkin candlestick wine glasses would be fun to create for table decor.

There are so many ways to craft and DIY and it allows people of all ages to open their minds and use their brains creatively to create something by hand. For the readers who haven’t read about our monthly creative crafting before, we invite our readers to take part in a monthly themed crafting project that you share with us after completing by a deadline date. We then display your masterpiece in the paper to possibly inspire others to start crafting and get involved in the following month’s craft. You can start with new materials to create your craft or even upcycle with materials you have around the house.

Every month there will be a new craft theme to follow with photos of ideas you could base your craft/project off of- or you could create your own craft and be completely unique!

There is no age limit- we encourage everyone of all ages to get involved, whether individually, get the children or grandparents involved, or do a family craft/project. We are very much looking forward to seeing the beautiful, unique, and interesting projects that are created from our readers and community.

For the month of November, have your craft submitted to the paper by Nov. 15. You can submit photos of your craft via mail, email, or by dropping them off at the office (look below for the addresses). It will then be displayed in the Nov. 17 edition of The Sentinel. If you would like to be in the photo with your craft, we welcome that as well- we like to see who’s behind the masterpiece! Then look in the Nov. 24 edition of The Sentinel for December’s crafting theme.

November is a month of thanks and giving, so the theme this month is going to be to create a thanksgiving craft. It can be décor for inside of your home or outside of your home, or something just to create for the fun of it; feel free to use your imagination! There are many wonderful thanksgiving craft ideas to keep yourself busy as the weather gets chilly. Get yourself a cup of hot chocolate (maybe even with the kids or grandkids) and get crafting!

1. Turkey is a popular main dish during our Thanksgiving meal, however, historians have no record of turkey even being eaten at the first Thanksgiving. There were plenty of turkey they could have consumed, but it is believed that other fowl was served such as duck, geese and swans.

2. The song “Jingle Bells” was intended to be a song for Thanksgiving, and was originally titled “One Horse Open Sleigh.” However, it became so popular around Christmas time that they changed the title in 1859 to “Jingle Bells,” and it stuck as a Christmas themed song.

3. There is such thing as a Turkey Talk-Line to answer all of your turkey questions every November and December. It is the Butterball Turkey Talk-Line, originally started in 1981. They even answer chats online and through emails. Every year they answer more than 10,000 questions.

4. It is estimated that around 46 million turkeys are cooked and consumed on Thanksgiving Day.

5. The woman who created the popular children’s song “Mary had a Little Lamb,” is responsible for Thanksgiving being recognized as a National holiday. Sarah Josepha Hale was the woman who convinced President Abraham Lincoln to declare it a National holiday after it had been lobbied for three decades. She advocated that it would help unify the Northern and Southern states. Lincoln wrote the proclamation a week after her last letter to him in 1863, which earned her the name the ‘Mother of Thanksgiving.’

6. The very first Macy’s Thanksgiving Day Parade in 1924 did not feature any balloons. What it did have, was animals from the Central Park Zoo.

8. The first Thanksgiving in Plymouth had a much more diverse meal than we are used to with our traditional Thanksgiving meals. Historians believe that the Wampanoag would have brought deer to the feast, and there would have been lots of local seafood such as mussels, lobster and bass. There also would have been fruits from the first pilgrim harvest, and that did include pumpkin, but no potatoes.

9. In 1926, President Calvin Coolidge received a rather odd Thanksgiving gift- a live raccoon. A Mississippi man sent it to him, and it was apparently meant to be eaten, but instead the president and his family adopted the raccoon and named her Rebecca. This just added to their collection of crazy pets as they already owned a black bear, a wallaby and a pygmy hippo named Billy.

10. Benjamin Franklin actually wanted the turkey to be the official bird of the United States, and not the Bald Eagle. He thought that the Bald Eagle had a bad moral character while the Turkey was a much more respectable bird.