The Siren ‘Wall of Honor’ committee was refreshed to select worthy honorees. 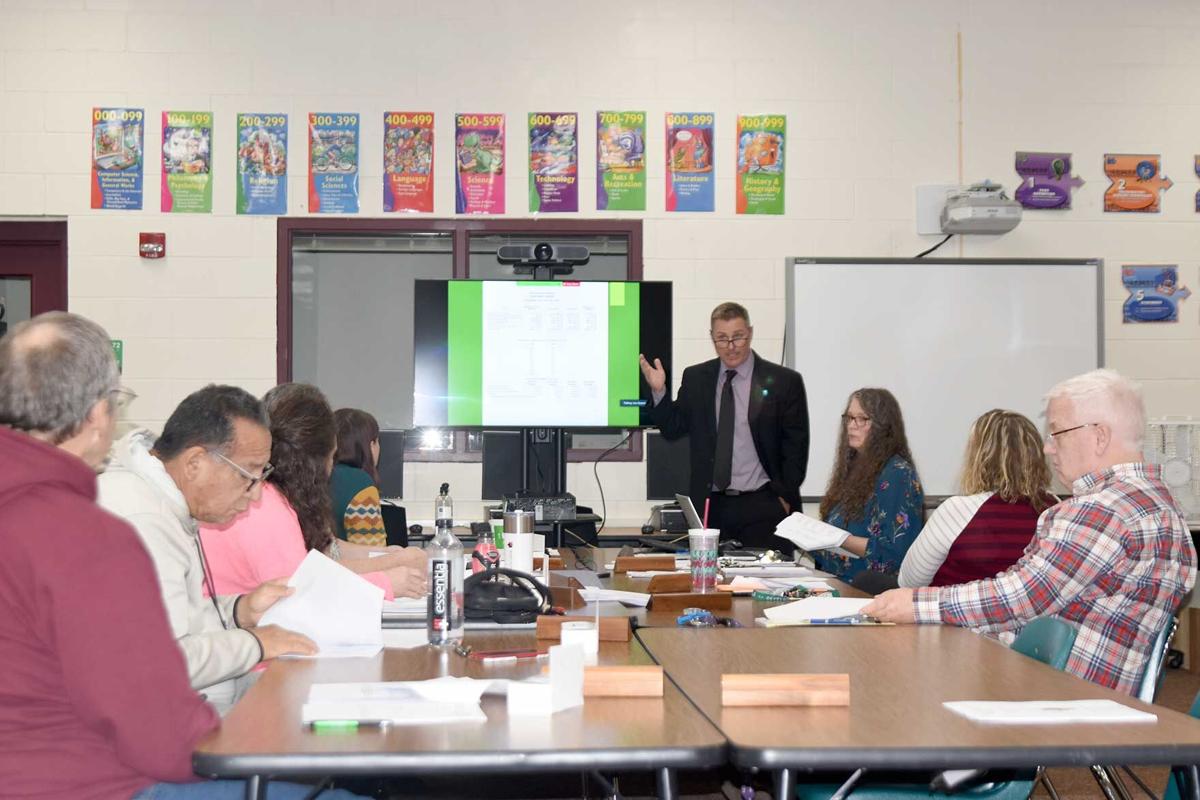 The Siren ‘Wall of Honor’ committee was refreshed to select worthy honorees.

The Siren Board of Education met on Monday, Oct. 25 in regular session but with limited business for action, as they also held their annual budget hearing and later the annual meeting to consider the budget and approve the tax levy.

In general, the news was quite good, as district administrator Dr. Kevin Shetler outlined the district finances at the budget hearing, which showed the district’s updated mill rates being reduced from 11.31 down to 10.35, for a variety of reasons, including an increase in equalized values for the district, as well as increases in Covid-19 federal assistance, on top of an increase in state aid, with a falling enrollment credit that amounts to about $142,000.

Shetler noted the budget plan to bring the fund balance up a bit, to above 10 %.

Shetler also noted that the overall tax levy for the district was going down, from $5.39-million last year to $5.09-million this year, approximately 7 % lower, due to a variety of the factors noted.

He also outlined the good news on the district’s debts, which are approximately $900,000 annually for this year and next, but drop to approximately $400,000 annually next year, due to retirement of an energy credit, as well as the final year of a three-year operations referendum approved in 2019 for $300,000 in operations, amounting to a savings next year of approximately $61 of taxes on a $100,000 property once it expires. The projected debt payments after next year, for 2023-2024, will be reduced to less than $200,00 annually.

Shetler also pointed out several small changes, including unplanned expenditures they’ve made in the last year, for things like computer rentals for distance learning and cooler upgrades in the food services.

The actual three-year enrollment numbers are only down a handful of kids, to an average of 437 students, districtwide, with just four students lost this year from last, due to open enrollment.

When asked about the cause for the declining numbers, Shetler said there was not just one reason, but several, with a combination of factors, citing “transient movements” and general district changes through parental employment, who may have work locations outside the district.

“In almost every district … the common theme is convenience,” Shetler said, noting that it may change up or down year-to-year.

In general, the board seemed pleased with the budget hearing and final numbers, approving the budget unanimously, setting the tax levy at $5.09-million, which equals the noted mill rate of 10.35, meaning the school district portion of property taxes amounts to approximately $1,040 per $100,000 of property value.

In other board business:

• The school board also held their regular monthly meeting around the annual meeting and budget hearing, and while they had very little action to consider, they did approve an increase in substitute teacher rates from $100/day up t0 $110 for a full day, and from $50 up to $55 in half-day pay, as part of an effort to stay competitive with other districts. They also approved several hires and resignations, as well as approved several donations for school supplies and paying off overdue lunch accounts.

• The board approved a request for the girls volleyball team to use a district van to head to Green Bay for the State volleyball championships, as well as approved an updated bloodborne pathogen exposure control plan. They also approved the latest school safety plan for the school year, with only minor changes.

• The board also approved the appointments to the district ‘Wall of Honor’ committee, which makes recommendations to the board on who should be noted on the school wall for accomplishments, be they alumni, employees, citizens or groups and/or organizations. The committee decides from a list of nominees each year for the honor, with recipients from education, business, human services, government, athletics, military service and the fine arts. The new committee members include Darrell Imhoff, Jill Tinman and Peggy Moore.

“There really are some amazing people on the wall,” stated Mr. Imhoff. “Including Mr. (Bert “Fudd”) Lund, who just recently passed.”

Imhoff said the Wall of Honor committee has never had a nominee denied.

“Our policy is to have at least 10-percent in reserves, just in case,” Shetler said, adding that the general suggestion from the state is to have between 10-to-25-percent in fund balance.