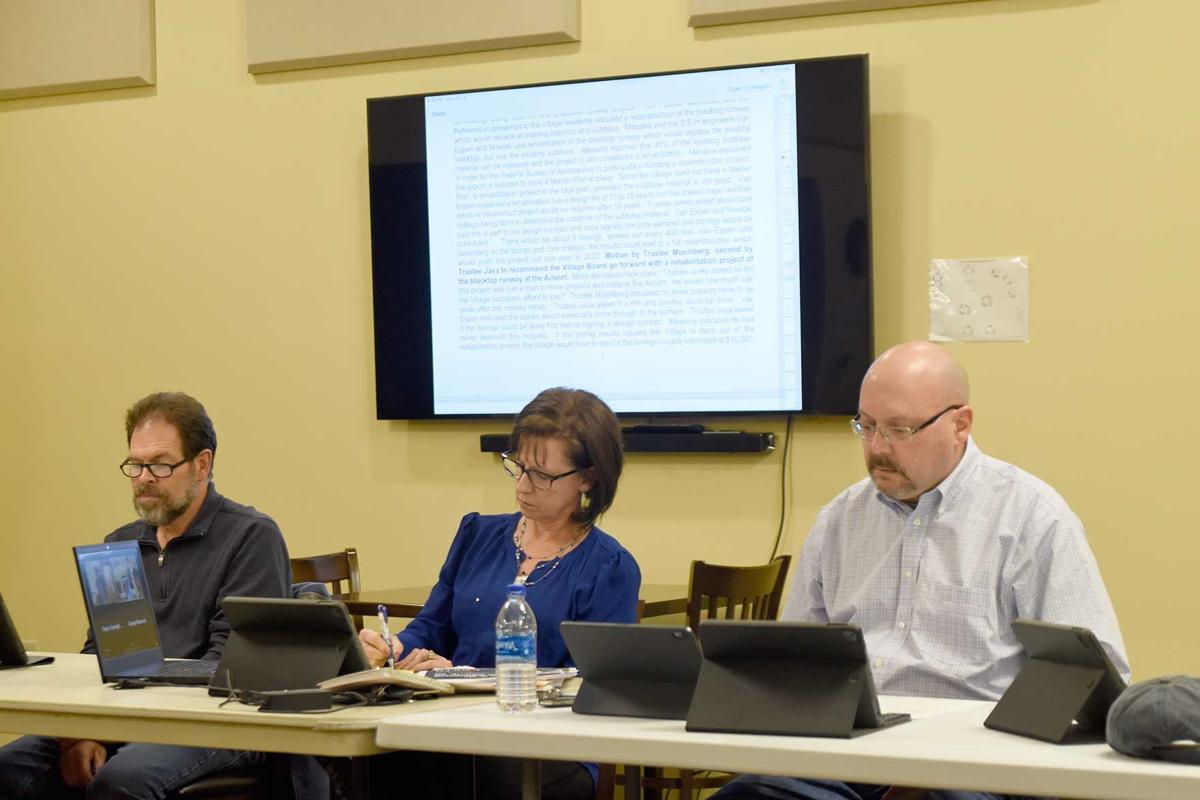 The Grantsburg Village Board reviewed an Airport Committee report. 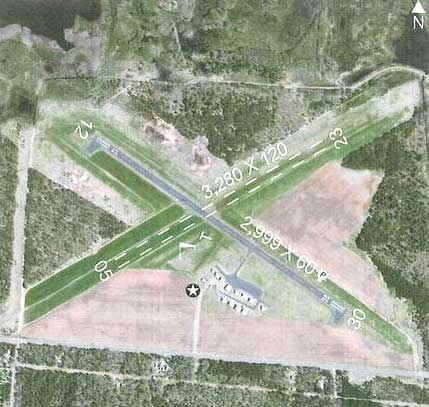 The Grantsburg Village Board reviewed an Airport Committee report.

While it has long been a hot topic in Grantsburg, it is once again getting warmer, as the future of the Grantsburg Municipal Airport is again unclear after a recommendation by the Grantsburg Airport Committee was rejected, meaning plans to move forward on either rehabilitation or reconstruction of the 3,000-foot paved ‘12/30’ runway at the airport are now up in the air, and may not be decided for as long as two more years.

The move came at the Grantsburg Village Board’s regular monthly meeting on Monday, Nov. 8, where they considered a recommendation from the Airport Committee on whether to move forward with a long discussed and previously approved plan to rehabilitate the runway and improve the lighting and taxiways, which passed voter muster a year ago in an advisory referendum.

However, in recent months there has been some confusion on what is actually involved in a ‘rehabilitation,’ versus a ‘reconstruction,’ and while the rehab effort is considered less costly, as it would use the existing base under the pavement, it is possible such a move may only last for 10-to-15 years, according to correspondence from the FAA and state officials.

There are several issues in the way, not the least of which is cost. But it also appears that for the airport to be eligible for certain funding levels, it must have a master plan in place, which could take some time to draft, and without such a plan, the general consensus from aviation officials would be to do a less expensive and extensive rehabilitation, where they would use most of the existing sub-base under the pavement.

That question went before the Grantsburg Airport Committee, which met several weeks ago, with the committee ultimately recommending that the village move forward with the noted rehabilitation project, which would utilize federal funds for such a rehab, with the Grantsburg Airport eligible for approximately $1.425-million in federal and state financial assistance to reconstruct the blacktop runway, taxiways and update the runway lighting, with the village being responsible for 5% of the total, meaning the estimated cost to Grantsburg village taxpayers would likely be between approximately $55,000-to-$75,000, depending on the ability to use other grant monies on the project.

Voters in the village approved an advisory referendum last November by a nearly two-to-one margin to move ahead with the project, although it was not entirely clear what the full implications would be, and whether there may be rules that would be imposed with the acceptance of the money, regarding more extensive future maintenance or renovations.

The question of whether to move ahead and follow previous action was on the agenda at the Monday board meeting.

“It wasn’t going to be a full reconstruction,” assured Airport Committee chair and village trustee Caylin Muehlberg, as she relayed the committee recommendation.

But several village trustees seemed wary of moving ahead, without more background. And with some of them coming into the discussion so late, and being new enough to the board, they want more time to study all the options.

“I know you’ve spent many years on this project,” stated village president Terry Kucera, who was just elected a few months ago. “However, I’m not really comfortable in moving forward until I know a little bit more about it, and I’m thinking maybe Hank (Java) and Kayla (Woody) would feel the same … and maybe prefer a little bit more time.”

Kucera then asked the board to postpone a decision on the project for up to two years, “… so we can explore all options, including and not limited to removing the (paved) runway and making it a grass runway, selling the airport, and all those different options that are on the table.”

The vote was split, and after a review, it passed muster and passed, meaning the airport question may not be fully resolved until the fall of 2023.

There was no further comment on the airport decision, and the committee members will likely address the cited concerns at a future meeting, including what types of stipulations or rules come with accepting the federal and state money for such a project, as well as whether to move forward with a possible camping area off the airport in a small, V-shaped area on the West side of the property, allowing pilots a place for an overnight break, although there would be no utilities at the camp site. The consensus on the camp site was to get it finalized before taking any federal or state money, so it would be ‘grandfathered.’

There were no public comments raised about the airport rehab project, although several of the pilots who use the facility have spoken out about the state of the runways and facilities in the past, and are expected to weigh-in on the delayed action in the near future.

There are no true pressing timelines for the airport work, although they have been told that several navigational easement issues need to be addressed - primarily trees that are too high within the navigational corridor, which the village has addressed in the past.

The Grantsburg airport is known in pilot’s parlance as ‘GTG,’ and is located on County Road D, North of the village. GTG has one year-round paved runway and one turf runway, which is closed during the cold months. That one asphalt runway is known as ‘12/30’ and is 3,000-feet long by 60-feet wide, with medium intensity lighting for landing and identification. That seasonal turf runway is known as ‘5/23’ and is slightly longer at 3,315-feet, and twice the width at 120-feet, but it does not have lighting.

Records at the village office indicate that Grantsburg has owned the property the airport sits on since before it was developed, signing a lease with the Civil Aeronautics Administration (CAA) in June 1946 allowing them to establish and build airport structures and operate as an airport. Further documentation shows that a letter from Walter Jensen of Grantsburg to the FAA in April of 1946 indicates that Congress appropriated $75,000 toward the development of an airport, with locals raising and additional $11,000 towards that initial development.

Other documents show that in 1967 the village signed a lease with federal authorities for the installation, operation and maintenance of an Air Navigation Communication and Control facility.

Initially the Grantsburg Airport was classified as a so-called Remote Communications Outlet (RCO), which is an unmanned communications facility remotely controlled by air traffic personnel from some other, larger site. In 1971, the RCO at Grantsburg was decommissioned, and all of the property, structures and the like were given to the Village of Grantsburg, which included the current terminal building, communications tower and other structures, meaning that it all now belonged to the village.

According to village clerk/treasurer Sheila Meyer, it’s unclear when the airport became municipally owned, but one reference in 2005 indicates that the village acquired it in 1965.