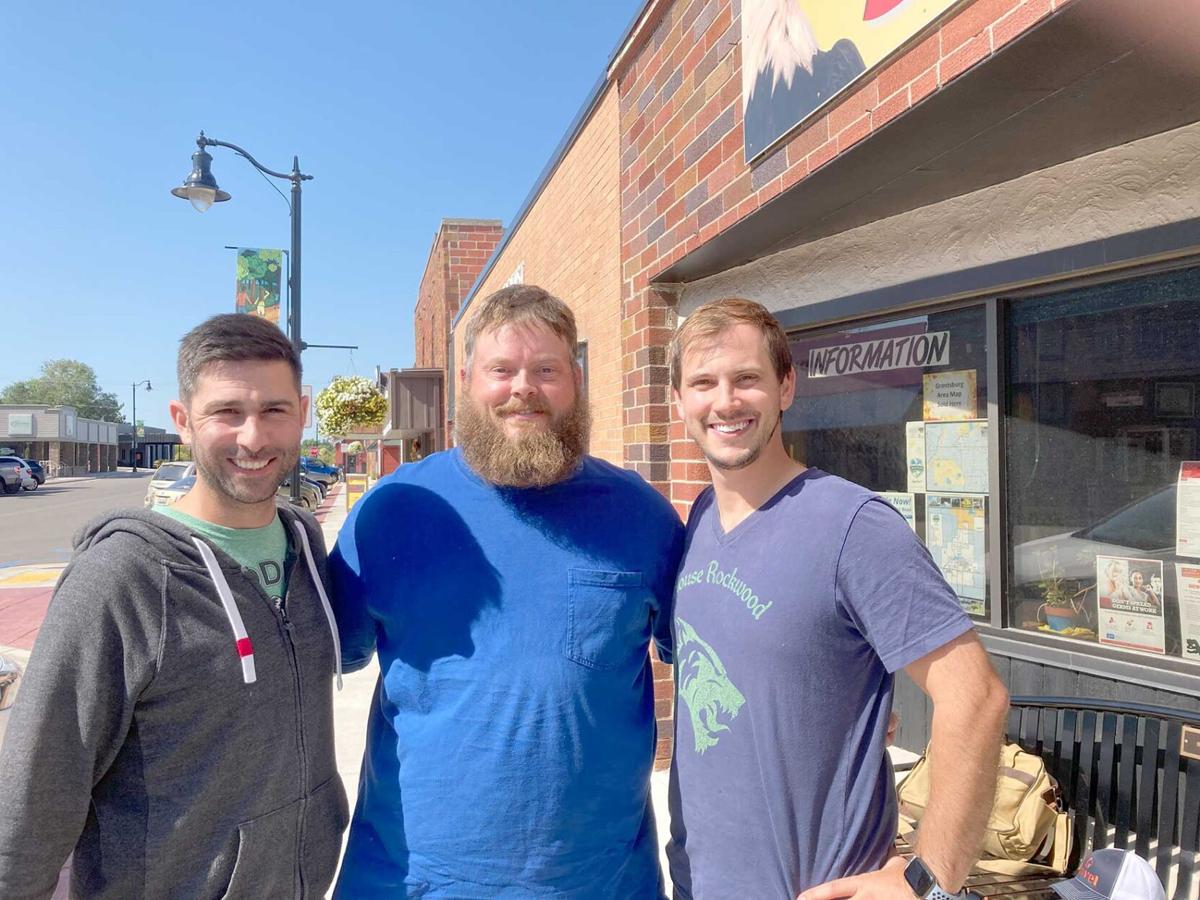 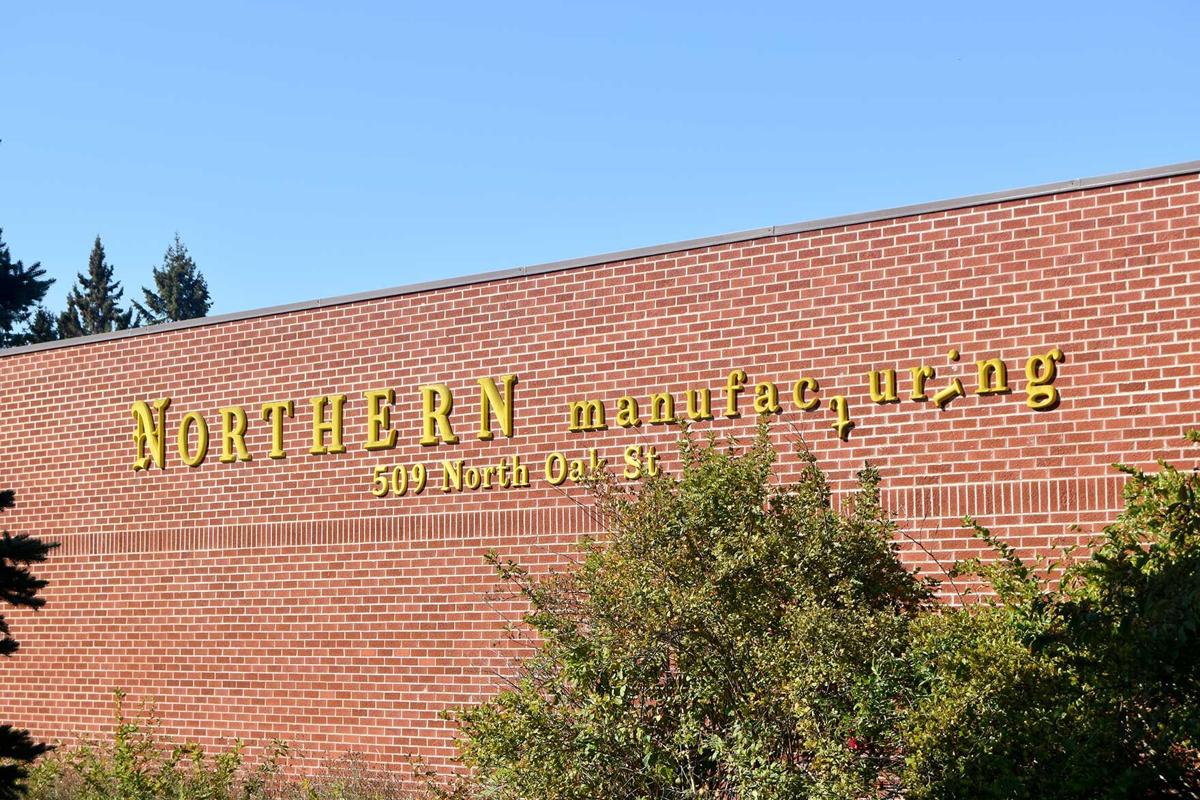 The former manufacturing facility at 509 North Oak Street is a soon-to-be hub.

The former manufacturing facility at 509 North Oak Street is a soon-to-be hub.

While parts of the exterior look pretty sad at the moment, with weathered lettering and overgrown landscaping, the long-vacant Northland Furniture Factory in Grantsburg is soon to be a hub of manufacturing again, if a conditional use permit (CUP) is approved by the village board in the coming weeks.

Fresh Industries, a Twin Cities-based furniture manufacturing company that dates back to 2009, with customers on four continents, is the firm behind the future. They have a number of local ties and connections, and are planning on returning the once bustling brownstone facility into a hub of local production, once again.

“We know a lot of people are talking and have seen something going on there recently,” stated Blake Hewitt of Fresh Industries. “We’re fired up and think there’s big opportunity, so fingers crossed!”

Rumors of activity at the long vacant Northern facility have been rampant in recent weeks, which has its roots in the late 1950s as a Grants Furniture manufacturing facility and later became a plant for window blinds and shutters before closing in the 1990s. It is mainly used now for off-season boat storage.

“It’s still a great building,” Hewitt said, noting that the firm has been leasing a portion of the building for storage for some time already, and plans on expanding into further reaches of the 50,000-or so square-foot structure, which sits on 6-acres and has been added on to many times but is structurally sound.

They are planning on using approximately 4,000-square feet soon, with another 8,000-square feet for storage, some of which is already in place. In fact, the Fresh group kept a close eye on things like the HVAC systems and roof this spring, making sure nothing leaked or was beyond repair.

“It all passed the test!” Hewitt joked, and sighed.

Fresh Industries CEO Aaron Sakaria is also excited about the Grantsburg prospect, and is hoping that the local connections, workers, carpenters, suppliers, shipping and ability to be closer to Duluth for possible overseas shipment lent itself to the old Northern building.

“We’re trying to see if this is going to be viable,” Sakaria said. “Furniture manufacturing hasn’t been around here in a while.”

Anderson has a celebrated history with the local banking industry that first invested in the Northern facility decades ago, when entrepreneurial banker Walt Jensen – Jensen Andersons’ grandfather and namesake – started the process by investing in the local furniture industry.

“Even back at the Bank of Cushing, he (Walt Jensen) was really big into local investments, and wasn’t afraid to take a risk,” Anderson said proudly, noting that he is hoping to drive the project even further by leveraging his local knowledge and connections to spread the duties and hopefully, gains.

The future looks bright for the Fresh folks, and while there are still plenty of hurdles to leap over, the plan is to slowly expand into the whole building, and to go even further down the future rabbit hole, they are hoping to expand enough that they may even be at the forefront of technical training, for specialized skills like industrial sewing and carpentry.

“Sewing is an art,” Hewitt said with a shrug. “But it’s a skill that can last a lifetime.”

The sewing end of their furniture business is critical and frankly a huge part of the plan, and something that they are hoping becomes a sort of technical school offering or program through the high schools or Northland Tech, to offer even greater expansion and possibilities for the business. Hewitt and Sakaria see the future as extremely bright, and while there are already dedicated and talented carpenters in this ZIP code, commercial sewing talents are rare.

“We want to reach out to the high school, get the word out, and maybe make it so people can get in on the ground floor,” Hewitt said with a grin.

The Fresh Industries crew is keeping some parts of their business plan, future local product line, possible manufacturing plans and eventual hiring hopes close to the chest. While it all hinges on the village approval of the CUP, they are excited to keep moving forward and bring back an industry that once called Grantsburg its home.

“I’d call it a high-level plan,” Hewitt said. “We’ll have a lot more information to share, along with the strategies and more about job creation … once the (CUP) is approved.”

In reality, the expansion and re-opening of a long lost industry is another indicator of a strong local business future and expanding local industrial push that is yielding benefits and driving other, ancillary industries, like affordable housing, retail, tooling, supplies, construction, shipping and possibly, specialized technical education to spool up an even bigger push for skilled labors.

“Everybody we’ve been talking with is really excited about this. We’re really looking forward to making something happen here,” Hewitt said with smile, which his two brothers-in-law also nodding in agreement. “And we want to have fun doing it!”

The Fresh Industries CUP application has been filed with the village, and is slated for consideration in a few weeks by the village board after Plan Commission review.

Once approved, Sakaria said they were thinking of having an open house to showcase the furniture they create and to show off the plans, history and future hopes for the facility and industry.

“We’re all really super excited about this,” Anderson said, suggesting that Grandpa Walt would be proud.