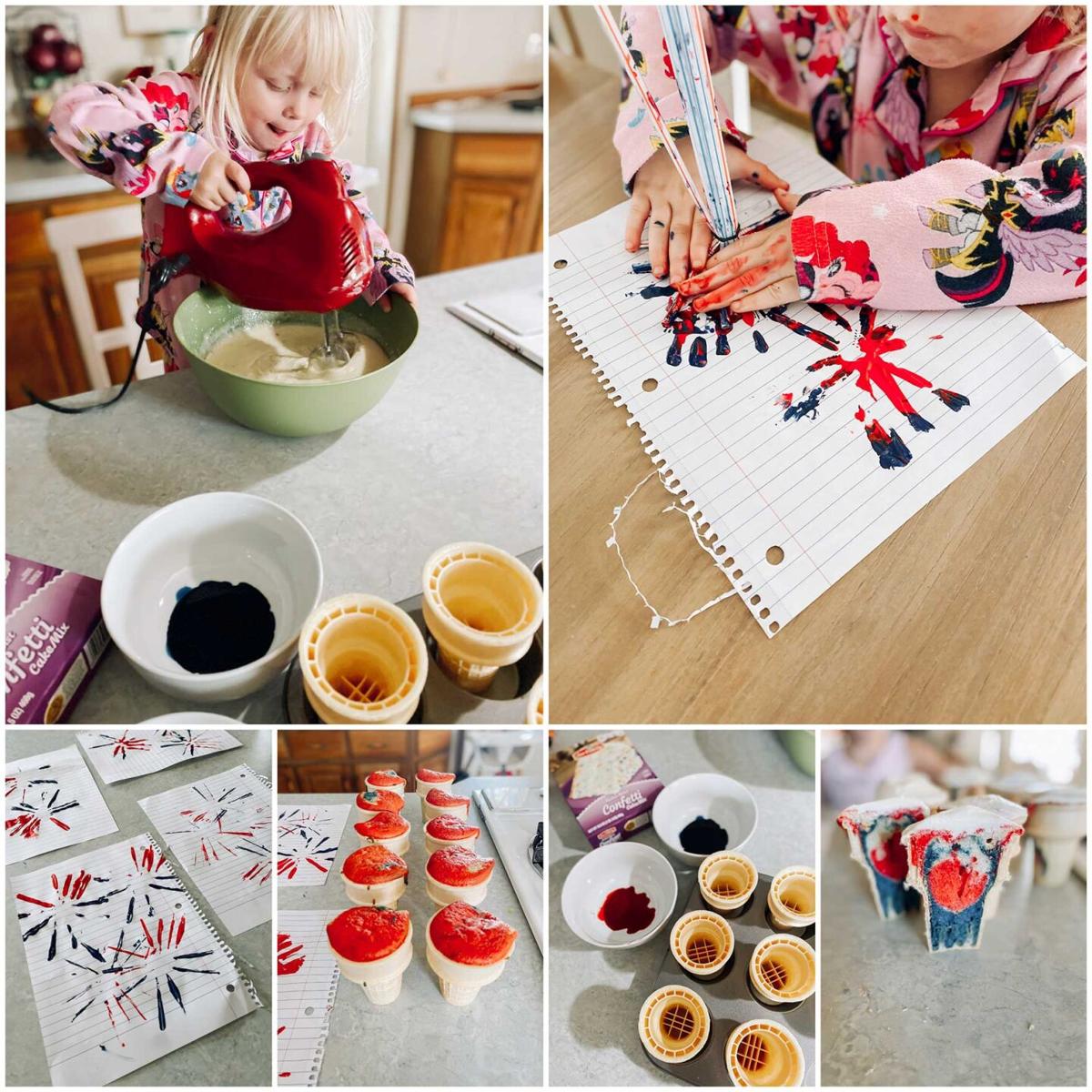 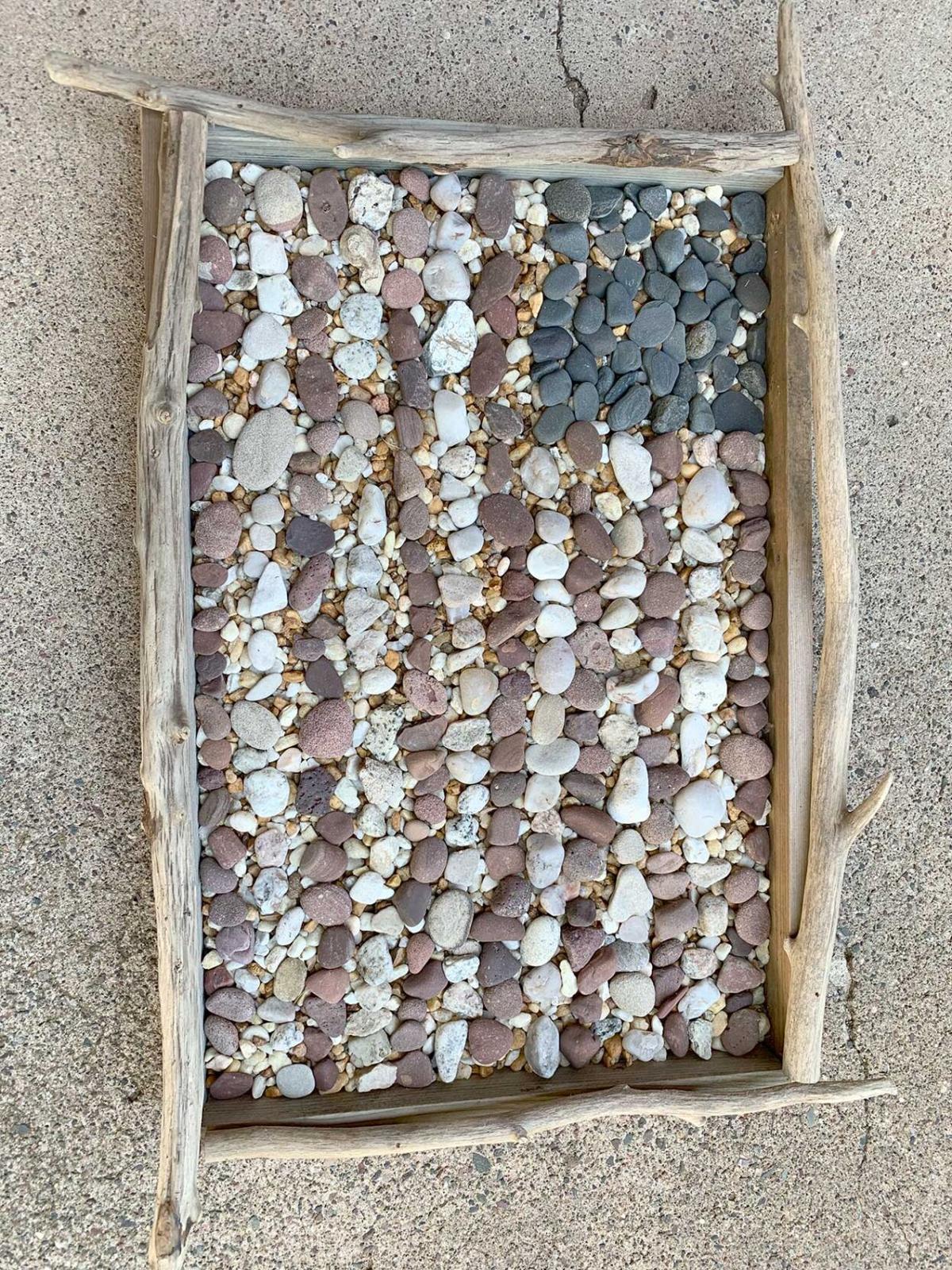 Linda Plath from Webster got creative and created an American flag out of rocks and driftwood. 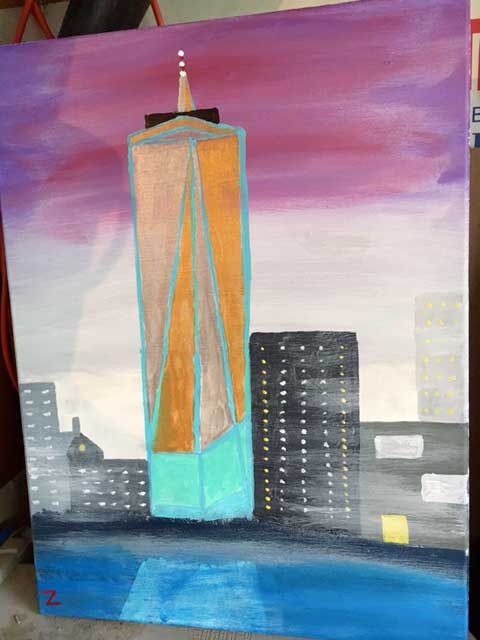 Mike Zaeske, a resident of Grantsburg, submitted a painting of the New World Trade Center. 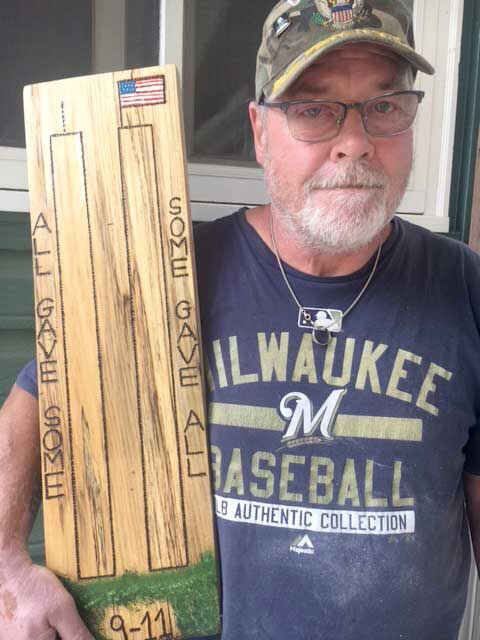 Linda Plath from Webster got creative and created an American flag out of rocks and driftwood.

Mike Zaeske, a resident of Grantsburg, submitted a painting of the New World Trade Center.

For this month’s creative crafting prompt, the theme was to create a patriotic craft or project to decorate either inside or outside of your home. This theme was due to the fact that there were/are ‘five’ patriotic holidays, or days, in the month of September: VJ Day, Patriot Day, International Day of Democracy, Constitution Day and National Voter Registration Day.

The Sentinel had four wonderful submissions from members in our county- perhaps fellow readers can take inspiration from their crafts to create their own projects and participate in October’s Creative Crafting theme.

October is the spooky month- the month of Halloween. That is why October’s creative crafting theme is going to be to create a Halloween craft! Make it creepy, kooky, mysterious, spooky or just all together ooky. Let’s see how creative everyone can be with their Halloween creations, whether it be for indoor or outdoor. Again, there is no age limit to this project- we encourage everyone of all ages to get involved. Get your children and family involved or have a night with your best friend watching horror movies and crafting a Halloween decoration. What better night is there than that? Work at a nursing home or adult care center? Get your clients involved and let’s show off their skills and get them crafting.

Before starting your Halloween craft, how about a little history of Halloween to set the mood first? Halloween was originally a Celtic festival called Samhain and was celebrated on the night of Oct. 31. On Nov. 1, they would celebrate their new year. This day marked the end of the Celt’s summer and their harvest and marked the beginning of the dark, cold winter which was often associated with human death. They also believed that on the night before the new year (Oct. 31), the boundary between the worlds of the living and the dead would co-mingle and spirits returned to the earth.

The Celts thought that spirits would cause trouble and damage their crops, but their presence also made it easier for druids, or Celtic priests, to make predictions about the future. These prophecies were very comforting to the Celts during the dark and cold winters. In order to celebrate this night (Samhain), druids would build large sacred bonfires where people would gather to burn crops and animals as sacrifices to the Celtic Deities and during the celebration, they would wear costumes that consisted of animal heads and skins.

The tradition of dressing up for Halloween comes from these Celtic/European roots. Late at night on Samhain night, when it was believed that the spirits came back to the earth, people thought that if they left their homes, they would encounter these spirits. In order to avoid being recognized by any of these spirits, if they had to leave their home, they would wear masks after dark so that they would be mistaken for fellow spirits. Also, to keep the spirits away from their homes, they would place bowls of food outside of their houses to appease the spirits and prevent them from trying to enter.

When Rome conquered the Celtic area and over the course of 400 years, their two festivals were combined with Samhain. One of those festivals was Feralia, a day which would take place in late October when Romans would commemorate the passing of the dead. The second festival was a day to honor Pomona, who was a goddess of fruit and trees. Pomona’s symbol is an apple, and this incorporated into Samhain could explain our tradition today of bobbing for apples during Halloween parties.

By the 9th Century, Christianity was being spread to Celtic lands. In 1000 A.D., the church had made Nov. 2 All Souls’ Day, which was a day to honor the dead, and most people believe this day was created to try and replace the original Celtic festival with a church-sanctioned holiday. All Souls’ Day was quite similar to Samhain; large bonfires, parades, dressing up in costumes (saints, angels, and devils). This day was also known as All-Hallows or All-Hallowmas, and the night before (the traditional night of Samhain) was known as All-Hallows Eve, and eventually, Halloween.

Halloween made its way to America as beliefs and customs of different ethnic groups and American Indians meshed. Some of the very first celebrations were called ‘play parties’ which were public events which celebrated the harvest. At these events they would share stories of the dead, tell each other’s fortunes, dance and sing.

By the middle of the 19th Century, colonial Halloween festivities were filled with mischief-making and also the telling of ghost stories. These autumn festivals were common, but the holiday was still not celebrated everywhere in the country. It wasn’t until the second half of this century that America had an influx of new immigrants, especially from Ireland due to the Irish Potato Famine, that helped to popularize Halloween nationally.

For October, have your craft submitted to the paper by Oct. 18- Submit a photo of it to the paper by either mail, email, or dropping it off at the office (see below for addresses). It will then be displayed in the Oct. 20 edition of The Sentinel. If you would like to be in the photo with your craft, we welcome that as well- we like to see who’s behind the masterpiece! Then look in the Oct. 27 edition of The Sentinel for next month’s crafting theme.