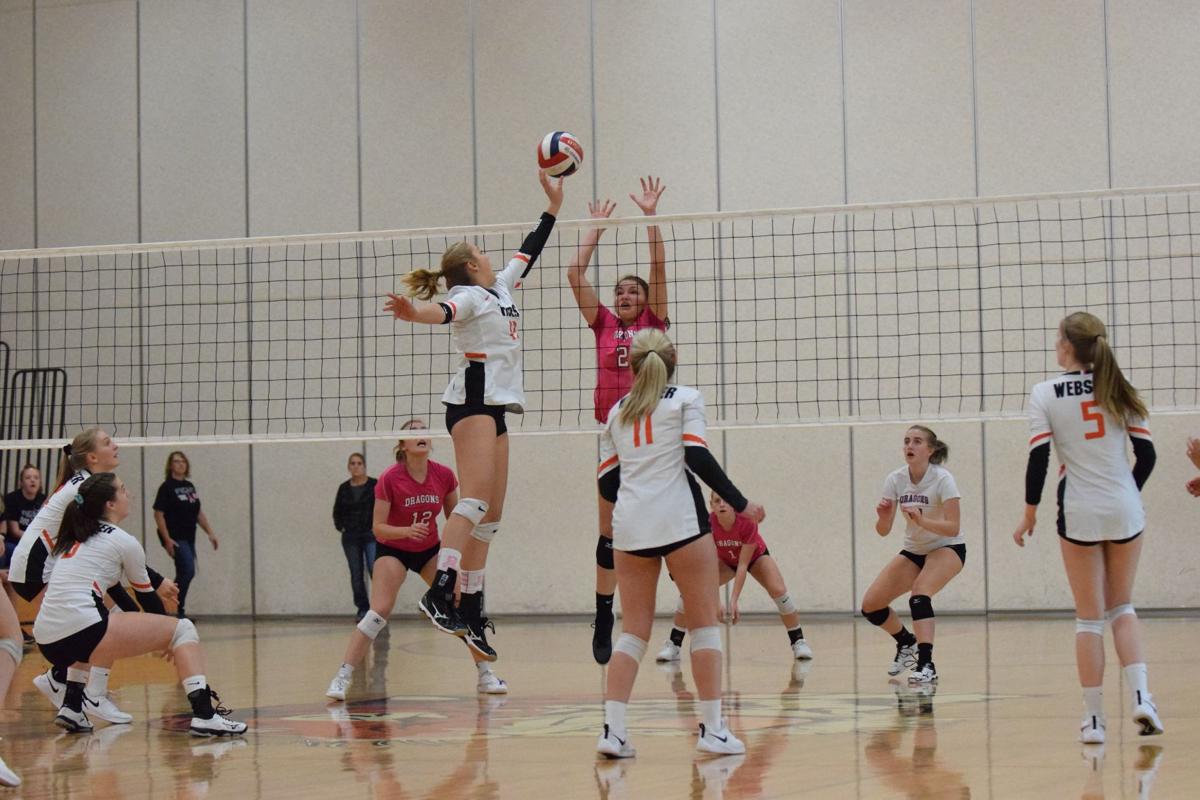 Webster and Siren squared off last week in the season finale. 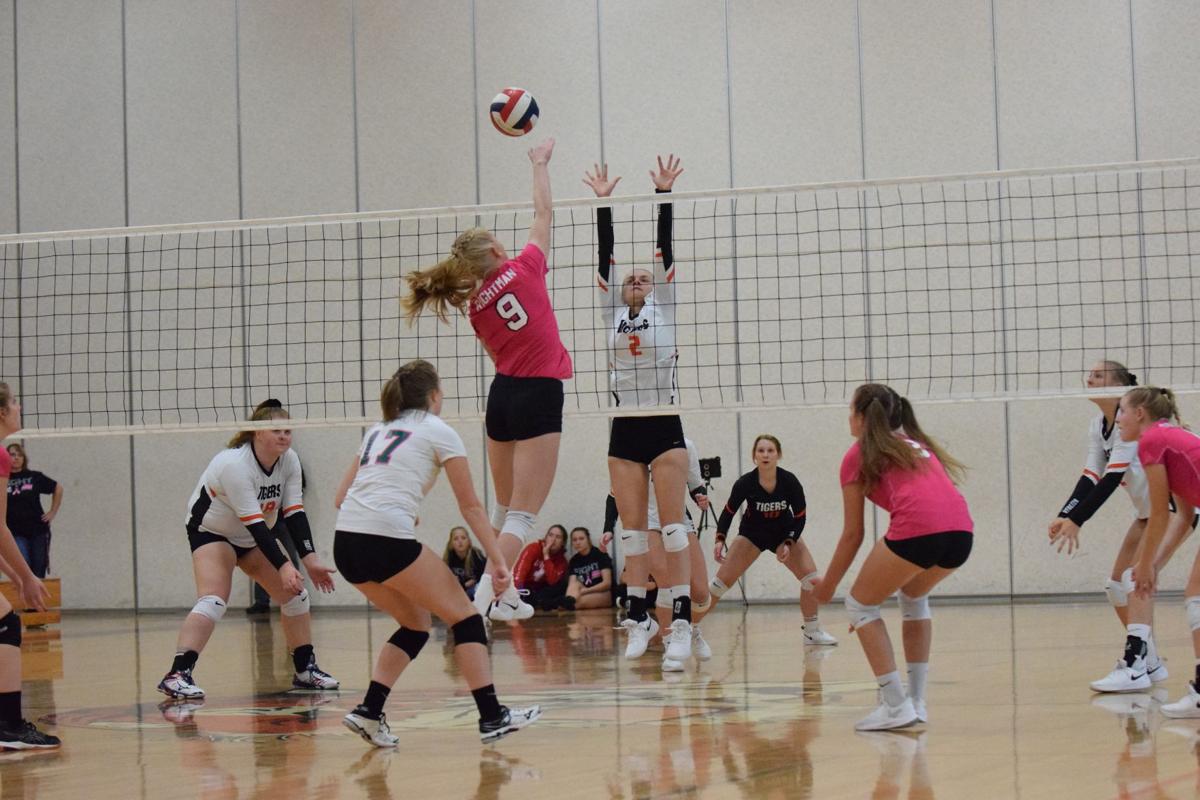 Webster’s Hannah McDowell goes up to block a hit from Siren’s Vinni Rightman.

Webster and Siren squared off last week in the season finale.

Webster’s Hannah McDowell goes up to block a hit from Siren’s Vinni Rightman.

Because advancing in the WIAA Division 3 postseason likely means another matchup with the Saints, after they finished the conference season with a 12-0 record and claimed a No. 1 seed in sectional play. Grantsburg was runner-up in the conference and was seeded No. 2, Webster was No. 7; Siren drew a No. 11 seed in its Division 4 sectional.

Hanne Johnson had 23 digs, 13 kills and 11 assists for the Pirates; Ellie Duncan had 14 assists; Emma Quimby had 24 digs and Raisa Jensen added 21 digs.

Grantsburg couldn’t get the comeback win in their first match last week but stopped Unity from getting one on Thursday. The Pirates hosted the Eagles and won the first two sets (25-19, 25-17) and were one set win from concluding the regular season. But that one additional set had to wait a bit.

The Pirates finished the regular season with a 26-5 overall record and drew a matchup with Chequamegon in their postseason opening round this week, for the right to host the winner of the Webster-Cumberland match this Thursday.

The Tigers entered this week’s playoff opener against Cumberland having won their prior two matches to end the regular season.

That win brought Webster within a match of a .500 in-conference record and it reached the break-even mark on Thursday with a three-set win (25-12, 25-21, 25-5), improving to 6-6 in the Lakeland Conference. Ava Washburn had 13 kills; Kelsey Kidder had seven digs and five aces; Torrance Wols had 12 digs and Lee had 19 assists.

Webster entered the postseason with a 17-12 overall record.

With their loss to Webster in their regular season finale, the Dragons finished the Lakeland season with a 2-10 record and were 3-11 overall. They entered the playoffs on a three-match skid.