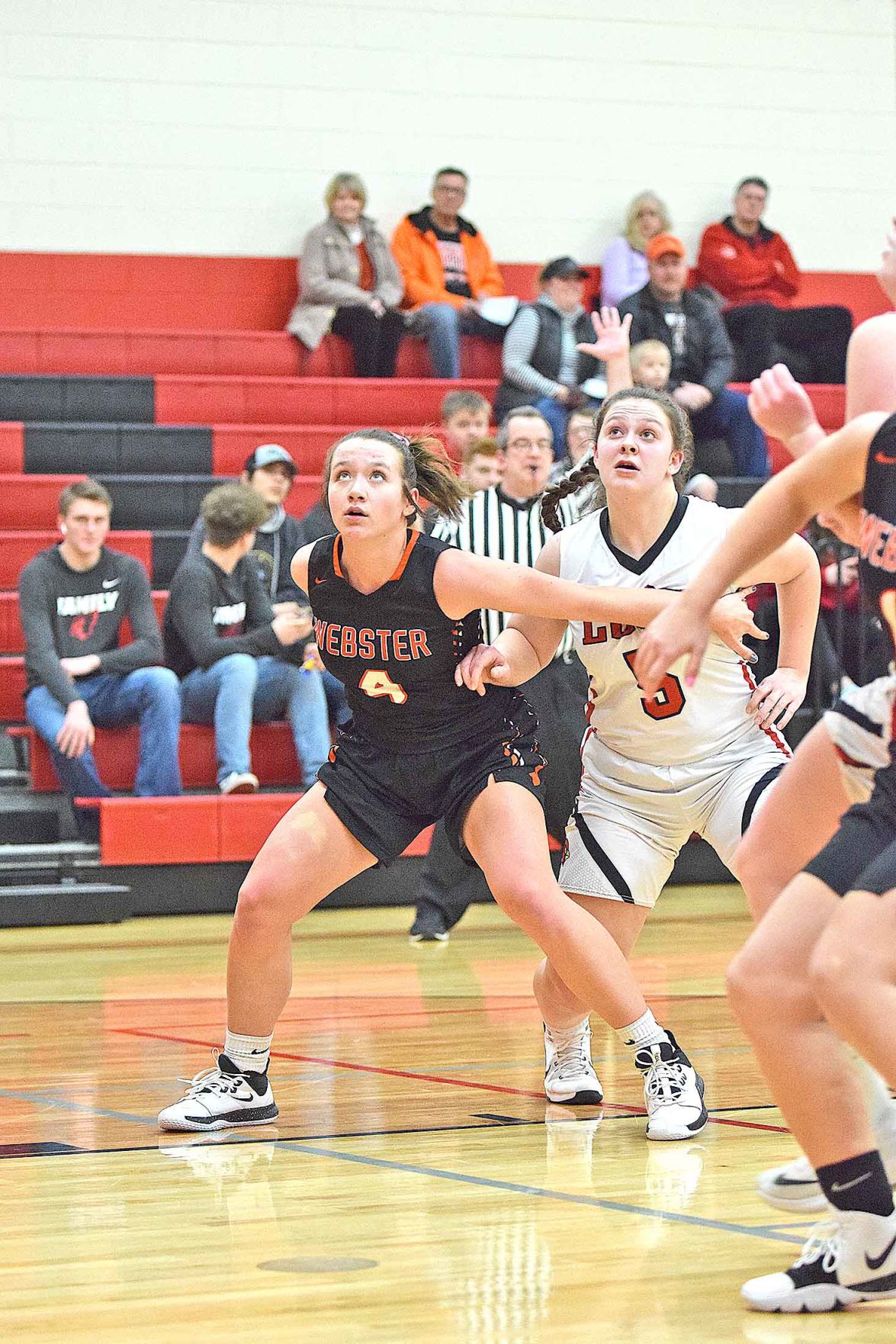 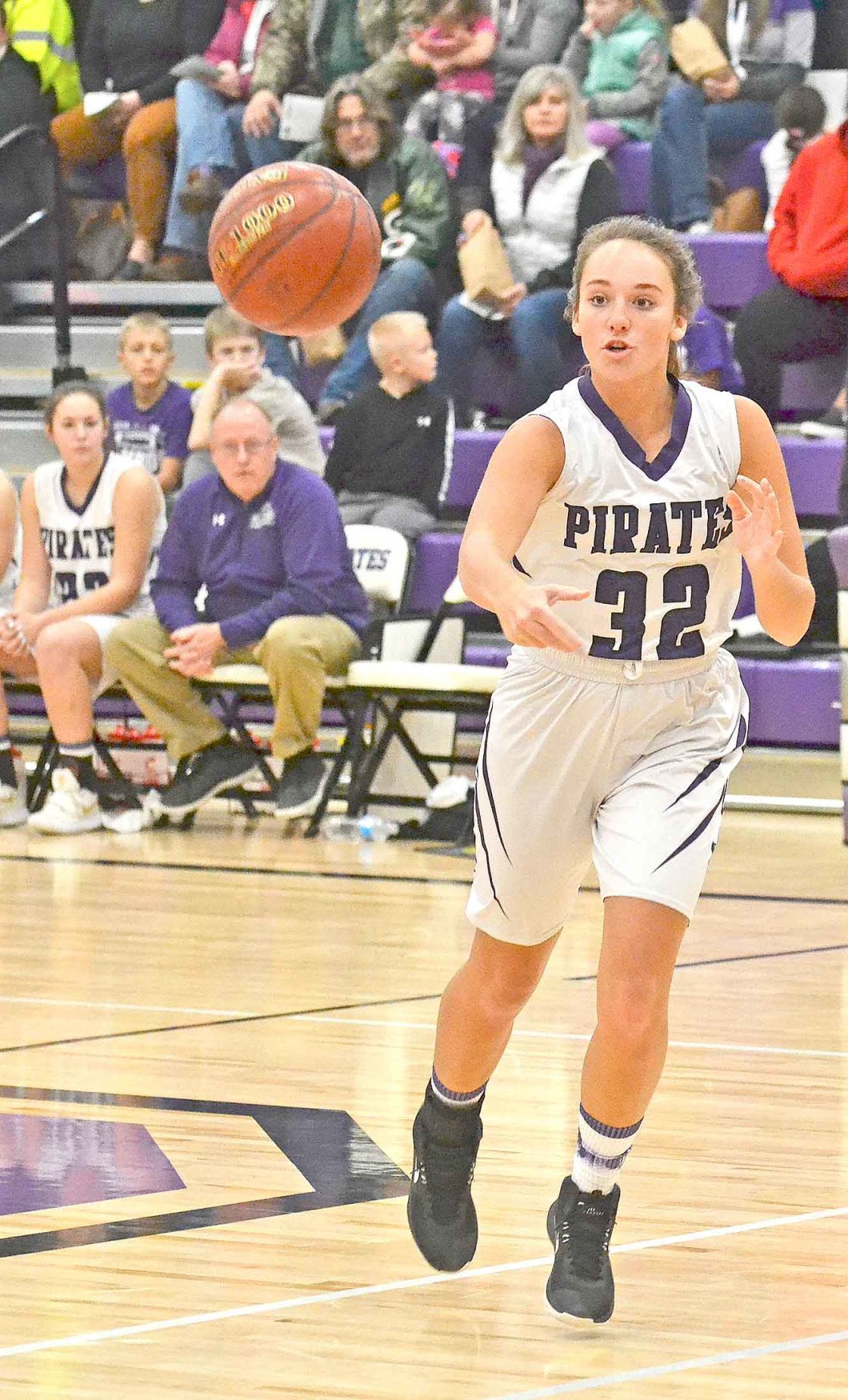 Brooke Quimby sends a pass across the court against the Frederic Vikings.

Brooke Quimby sends a pass across the court against the Frederic Vikings.

ST. CROIX FALLS – The Siren girls basketball team had its shot at the leader.

But that shot, along with many of those attempted in the game by the Dragons, missed.

St. Croix Falls maintained its undefeated record in the Lakeland West and overall by trouncing Siren 69-12 on Jan. 14, dropping the Dragons to 2-4 in conference play.

“(St. Croix Falls) was clearly a Division 3 team playing against a Division 5 team,” Siren coach Ryan Karsten said. “They have some really good talent and they don’t have just one key player to stop.”

Siren witnessed the Saints’ depth in the first half as they pulled away despite the Dragons holding Olivia Miron – St. Croix Falls’ leading scorer – to just two points before halftime. The rest of the Saints’ roster picked-up the slack and pushed their lead near 30 before the break.

St. Croix Falls eventually took a 36-7 lead before halftime and the situation only worsened for the Dragons. They were held to just five points in the second half while the Saints had five players reach double-digit point totals in the game.

Siren did recover to improve their overall record to 8-4 with a 67-42 home win over Bruce on Thursday. Morgan Shetler scored 17 points to lead a Siren offense that sank half its 3-point attempts in the game.

“We shot the ball very well,” Karsten said. “It was by far the best (3-point) shooting for us this season.”

While Halle Anderson had a game-high 19 points for Bruce and teammate Capri Strom added 17, the Dragons limited the rest of its roster to six total points.

Liljenberg finished with 15 points for Siren; Jewell had nine while both Vinni Rightman and Lemieux had six points each.

The Dragons play at Unity this Friday and host Bayfield on Tuesday.

The Tigers entered the week still trying to snap an in-conference losing streak, after taking a 57-42 loss at Luck on Jan. 14.

Grace Thoreson had a game-high 25 points for the Cardinals, who remained within a game of St. Croix Falls in the Lakeland West standings with the win.

Brooke Hetfeld led the Webster offense with 16 points and 13 rebounds though the Tigers struggled overall from the floor and 3-point line. They were just 15-for-44 from the floor while sinking just three of their 18 3-point attempts. Hannah McDowell had all three of Webster’s 3-pointers and finished with 13 points in the game.

The Tigers dropped to 2-9 overall and to 1-4 in the conference with the loss. They host Lac Courte Oreilles this Friday and go to Shell Lake on Tuesday.

The Pirates got into the win column in conference play but started this week with a non-conference loss.

Grantsburg got 18 points from Brooke Quimby and 16 from Olivia Ohnstad in a 50-43 win over Frederic on Jan. 14 to snap a four-game skid in the Lakeland West. That tandem allowed the Pirates to overcome a game-high 20 points from Hannah Schmidt.

The Pirates held a 27-25 lead late in the first half and closed it with a 6-0 run to take an eight-point lead into the break. Frederic started the second half with an 8-0 run to tie the game at 33-33 and the Vikings later took a 39-38 lead. But, Ohnstad scored the game’s next five points to return the lead to Grantsburg, which also scored the final four points of the game.

Ohnstad also had a team-high 11 rebounds; Quimby added nine rebounds; Madison Schafer added eight points. The win also brought the Pirates to the .500 mark overall on the season at 5-5, but that was short-lived.

Grantsburg made less than 20 percent of its shots from the floor and the free throw line in a 51-27 loss at Amery on Monday.

“We struggled to get anything going offensively,” Grantsburg coach Penny Curtin said. “That being said, we did take care of the ball much better with only 10 turnovers and we took more shots than our opponent.”