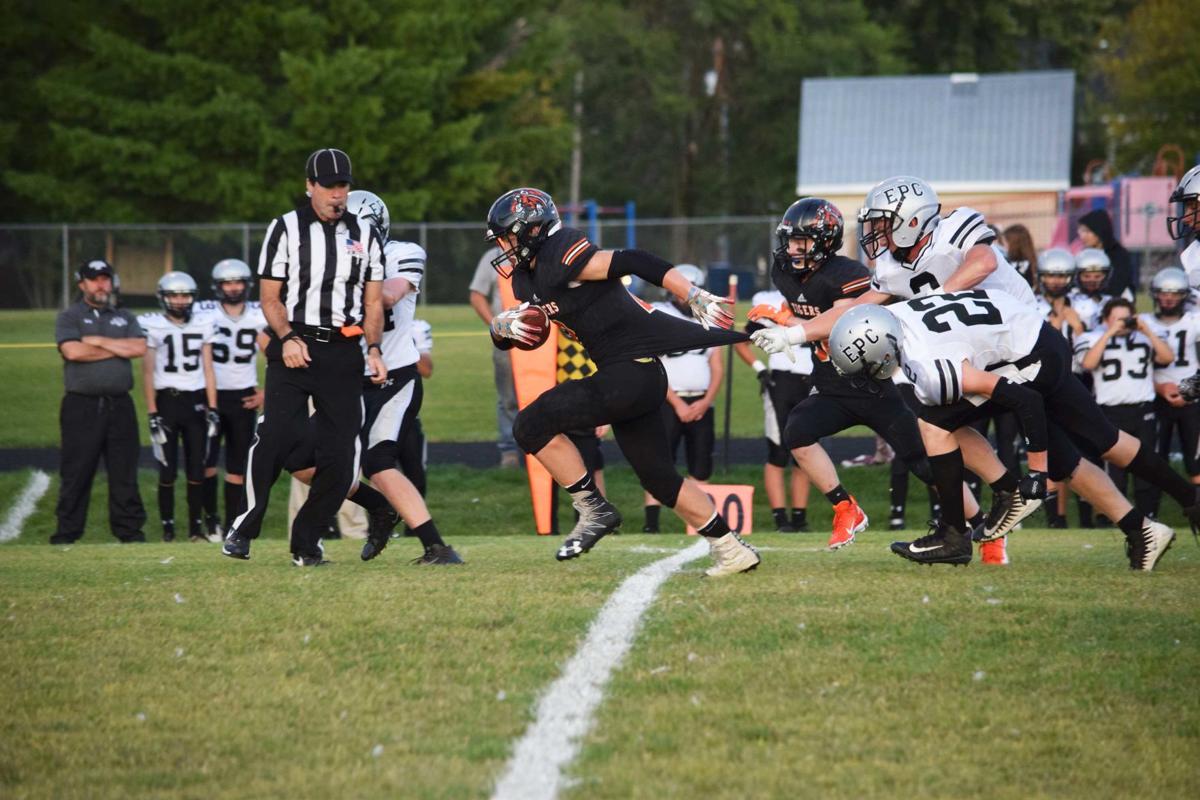 Nathan Stadler drags the defender through the secondary before breaking away for a huge gain. 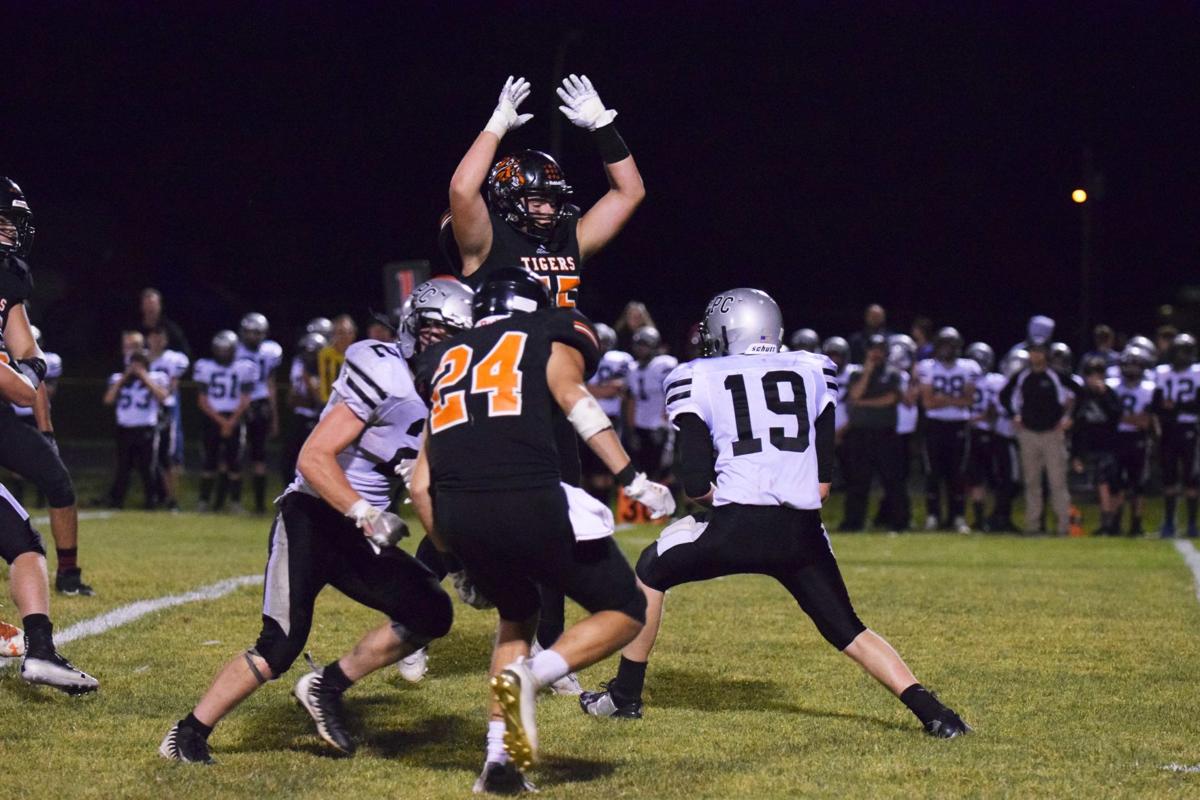 The Webster defense was putting constant pressure on Elmwood-Plum City during the 26-6 win.

Nathan Stadler drags the defender through the secondary before breaking away for a huge gain.

The Webster defense was putting constant pressure on Elmwood-Plum City during the 26-6 win.

WEBSTER – Only the final minutes of each half were somewhat kind to Elmwood-Plum City on Friday.

The Webster football team kept the Raiders’ offense in-check for most of the game, limiting them to potential scores just before halftime and the conclusion of regulation. The rest of the game was owned by the Webster defense and rushing attack in a 26-6 win over Elmwood-Plum City.

The Tigers’ rushers, led by 188 yards and three touchdowns from Nathan Stadler, outgained the entire Raiders’ offense to give Webster a 2-0 record on the season.

“(Elmwood-Plum City) wanted to pound the football up the middle and then throw play-action or run some form of counter off of it,” Webster coach Andy Smith said. “Our defensive line did a nice job of playing on their side of the football.”

Webster held the Raiders scoreless for most of the first half, leading to a two-touchdown lead.

Stadler put the Tigers on the board with a 39-yard touchdown run with just over six minutes remaining in the first quarter. The 2-point attempt was unsuccessful and the Tigers took their 6-0 lead into the second quarter.

While neither team was able to score for much of the second, Stadler broke through for a 10-yard touchdown run in the final minute of the half. He also added the 2-point conversion run to put the Tigers up 14-0.

But the Raiders’ ensuing drive benefitted from decent starting position and a change in Webster’s defense.

“We went into a cover-4 at the end of the first half and (Elmwood-Plum City) was able to run the fullback dive pretty effectively because of the light box,” Smith said.

The combination allowed the Raiders to nix Webster’s shutout bid, scoring on a 2-yard touchdown run with less than 15 seconds remaining in the half. The Tigers did foil the 2-point conversion attempt and took a 14-6 into the break.

All the remaining points belonged to Webster, which continued to stifle the Raiders’ offense.

Austin Sigfrids scored on a 10-yard touchdown run with less than five minutes remaining in the third quarter and despite the failed 2-point conversion, the Tigers took a 20-6 lead into the fourth. Stadler then added his third touchdown of the game, this time on a 29-yard run with just over eight minutes remaining in the game. Harlo Olson added the 2-point conversion run to give Webster the 26-6 lead.

Elmwood-Plum City managed to start a potential scoring drive late in the game, driving within Webster’s 10-yard line. However, the Tigers mounted a goal-line stand that forced a turnover on downs.

C.J. Abbas added 44 yards rushing on 11 carries for the Tigers; Sigfrids finished 2-for-9 passing for 25 yards and was intercepted once. Jacob Guenard led the Webster defense with 11 tackles; Mason Gustafson added nine and Dalton McCarthy had eight. Tanner Peterson and Xavier Stanton had first-half interceptions.

Webster (2-0) plays at Flambeau this Friday.