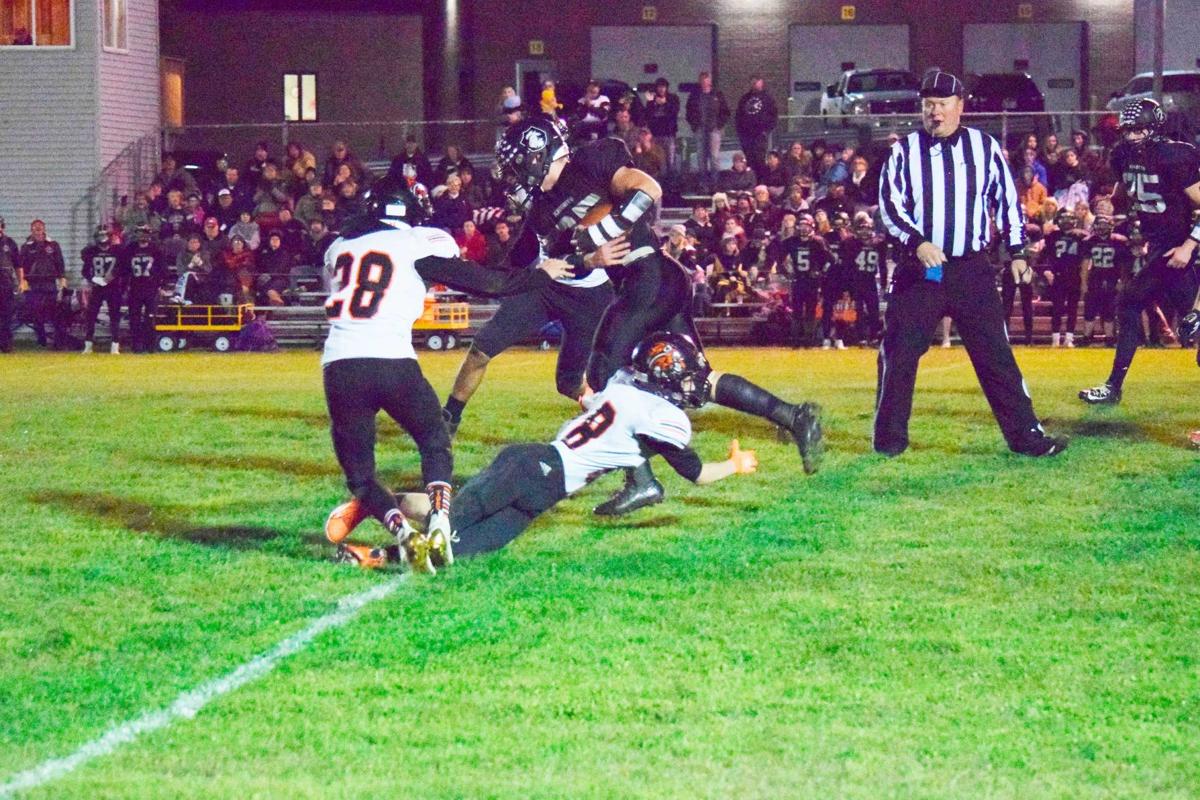 Xavier Stanton and Tanner Peterson teaming up to take down a Lake Holcombe ball carrier. 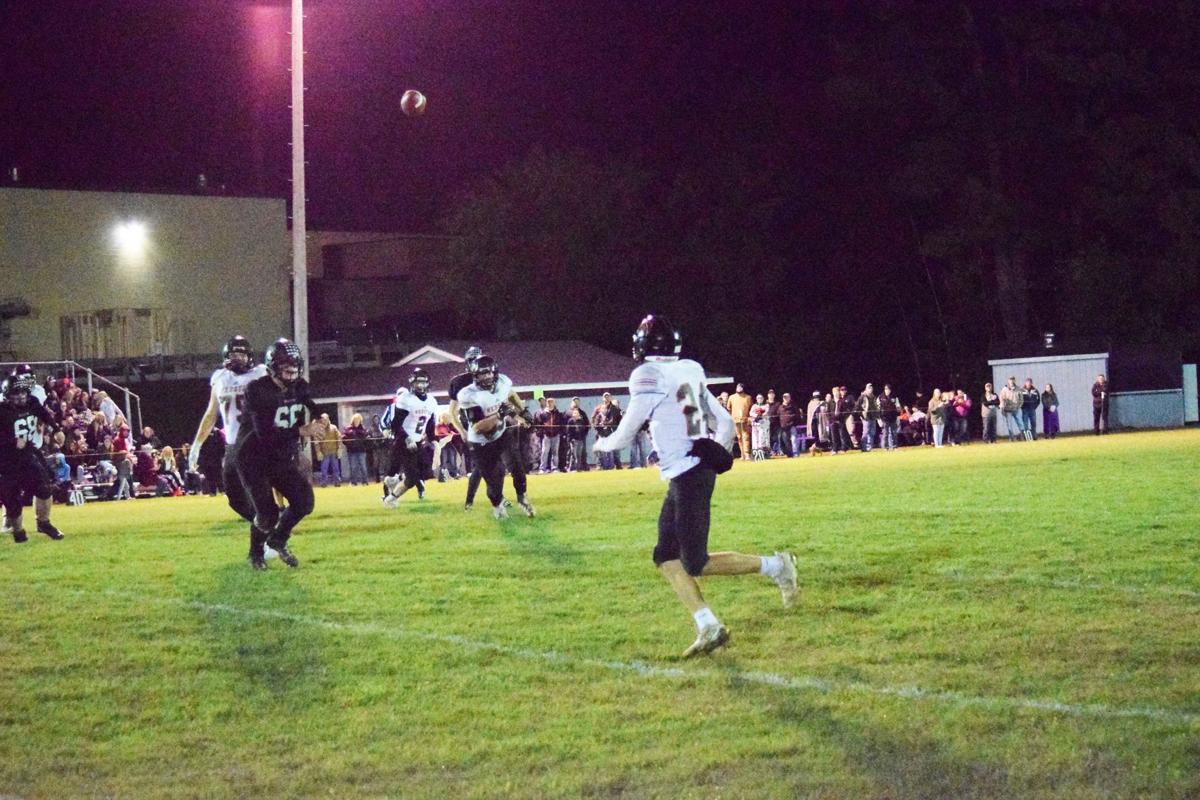 Coleton Peterson with the reception to get a Webster first down to move the chains.

Xavier Stanton and Tanner Peterson teaming up to take down a Lake Holcombe ball carrier.

Coleton Peterson with the reception to get a Webster first down to move the chains.

HOLCOMBE – The Lake Holcombe-Cornell football team made it difficult for Webster to get its footing on Friday.

The Knights’ defense stifled the Tigers, particularly in the run game to gain the slight edge in a defensive struggle. They limited Webster to just 55 yards rushing and to less than 200 yards of total offense in a 22-6 win.

“Lake Holcombe was tough against the run,” Webster coach Andy Smith said. “They played physical football the whole game and made us work for everything.”

While the Tigers’ defense was formidable by allowing just barely over 200 yards of total offense, the Knights had enough first-half production to get an early lead and the win.

Lake Holcombe-Cornell opened the scoring with a 9-yard touchdown run in the first quarter and followed it with a 2-point conversion run to go up 8-0. That lead held until the second quarter, when the Knights had a chance to double it.

A 10-yard touchdown run gave the Knights a 14-0 lead though the Tigers denied the 2-point conversion attempt and cut into the two-score lead before halftime. Coleton Peterson capped a Webster scoring drive with a 1-yard touchdown run to pull within eight points of the Knights. The 2-point conversion was unsuccessful, but the Tigers still entered halftime trailing by just one score.

However, Smith said a potential comeback win was severely hampered by key turnovers.

“We turned the ball over twice around midfield and penalties really made it difficult to overcome a good football team,” he said.

Unfortunately for the Tigers, the second half was void of points in addition to a comeback. They managed to prevent the Knights from increasing their lead in the third quarter but were unable to get the potential game-tying score.

Lake Holcombe-Cornell got back to a two-score lead in the fourth quarter, getting a 10-yard touchdown run and a 2-point conversion run to go up 22-6.

“We fought hard for four quarters, but have to clean up the penalties while still playing aggressive football in order for us to be successful,” Smith said.

Peterson completed nine of his 29 pass attempts for 95 total yards for Webster; Tallon Parent had four of those catches for 31 yards. C.J. Abbas led the Tigers’ contained rushing attack with 34 yards on eight carries; Peterson added 16 yards on five carries.

Webster’s defense did create three turnovers that helped keep it in the game; Tanner Peterson, Xavier Stanton and Harlo Olson had an interception each for the Tigers. Parent led the team with 11 tackles; Evan Sikorski added nine and Keith Glienke had eight.

Other than 88 yards and two touchdowns on 21 carries from Tate Sauerwein, the Knights had just 133 yards of total offense.

It was the third consecutive loss for Webster (3-3), which started the season with three consecutive wins. The Tigers have been limited to six points in each of the three losses. They look to recover this Friday when they host Grantsburg.

“Grantsburg has playmakers that they scheme different ways to get them the football,” Smith said. “We have to have a great week of practice focus on the small details in order for us to have a chance to win the football game this Friday night.”