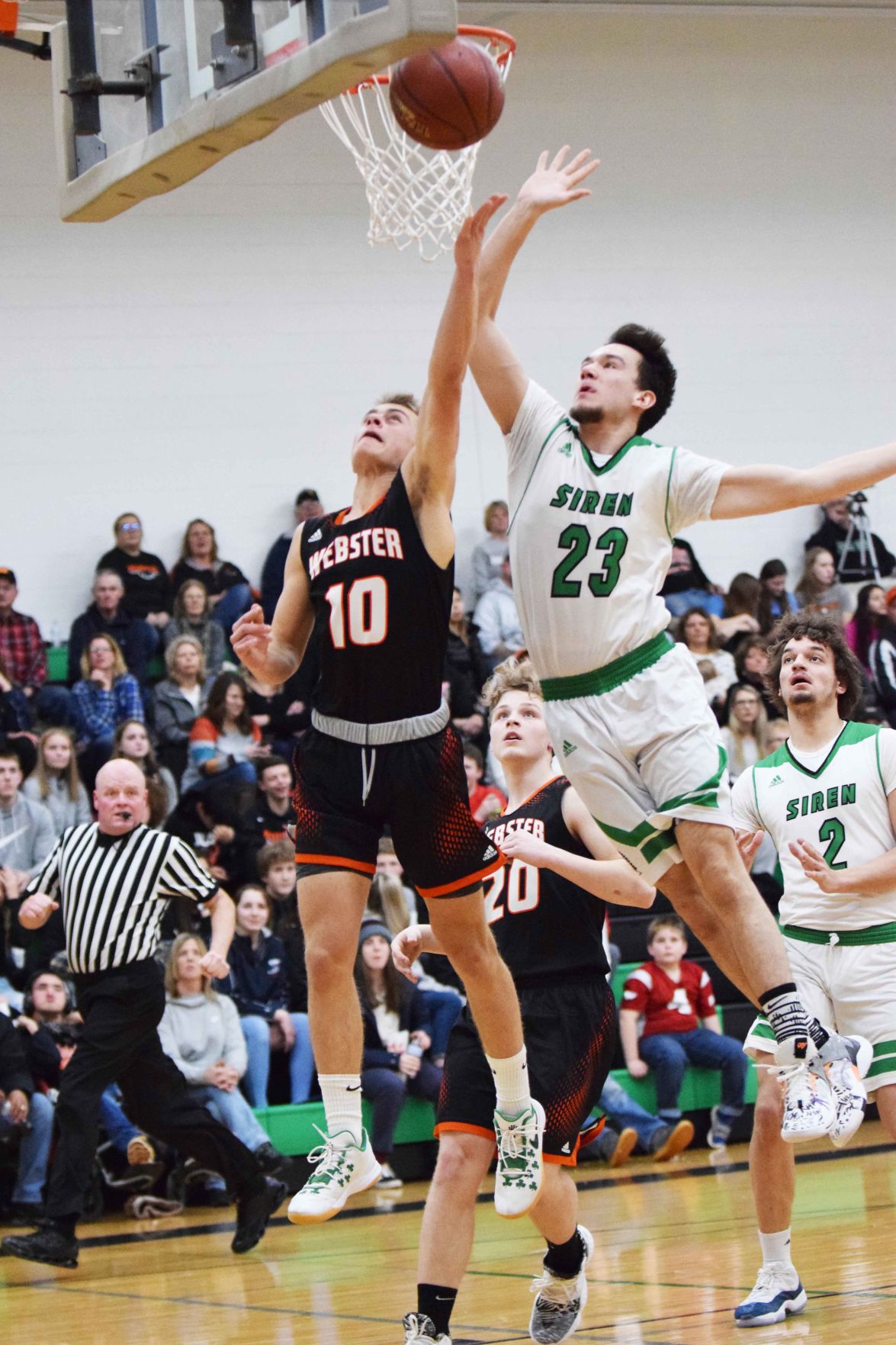 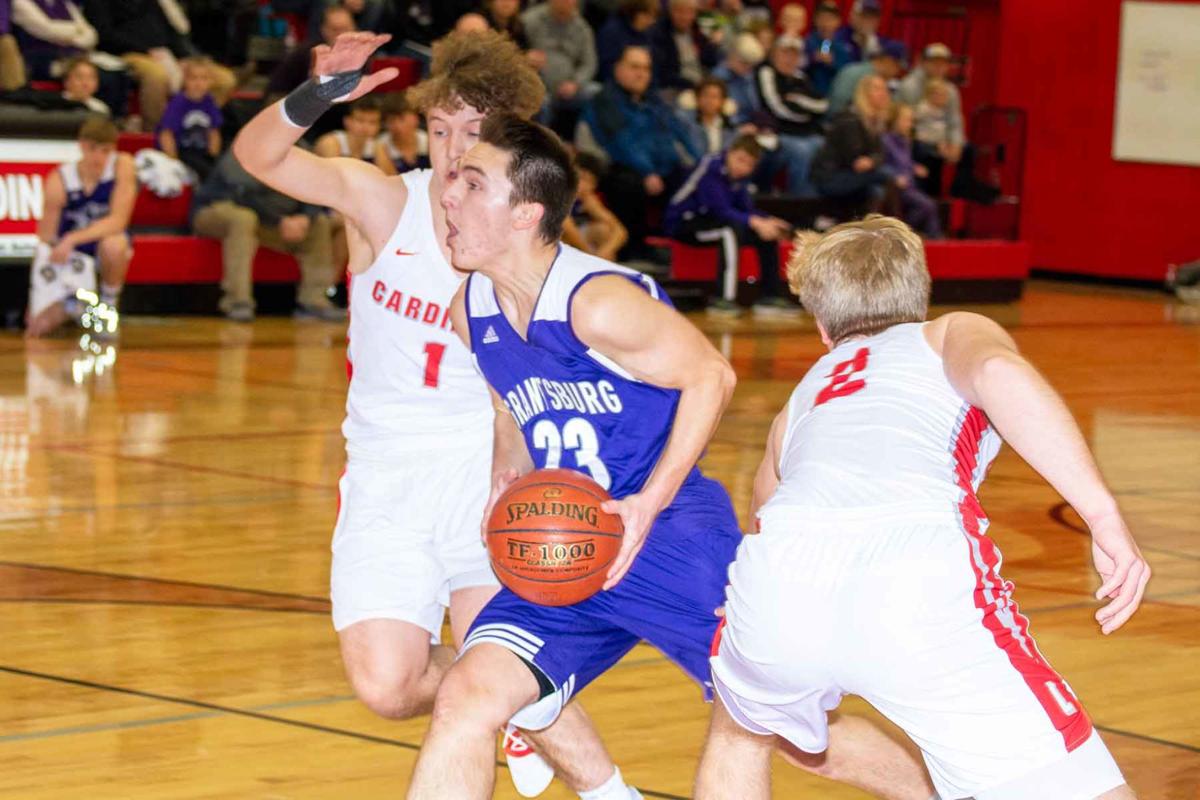 WEBSTER – A four-game win streak got the Webster boys basketball team a winning record for the first time this season.

The Tigers had been below the .500 mark since Dec. 10, when a three-game losing streak began. But after closing 2019 with a road win to stop the skid, Webster started 2020 with a 3-0 record to start the week with a 5-4 overall record and move within two games of the Lakeland West lead with a 2-2 mark.

Two of the consecutive wins were earned last week in matchups against Northwood and Siren. The Tigers withstood a second-half comeback by Northwood for a 54-49 win over Northwood on Jan. 7 and earned a decisive road victory at Siren, 62-42, on Friday.

Tanner Pardun had a pair of 17-point games in Webster’s wins, starting with the victory over Northwood. He went 7-for-11 from the floor with five rebounds and five steals; Carsen Stenberg added 14 points and seven assists for the Tigers and Tallon Parent had eight points with six rebounds.

Both Pardun and Parent had 17 points in Friday’s win over Siren. The Tigers limited the Dragons to 16 first-half points and took a 19-point lead into halftime. Pardun scored 13 of his points in the first half with nine of those coming from 3-point range and Parent had 10 before the break.

Stenberg led the way in the second half with eight points while Owen Washburn and Parent had seven each.

Nathan Kosloski led the Dragons to a better offensive attack in the second half by scoring 13 of his 19 points after the break, but the rest of the team combined managed to add only 13 points.

Stenberg finished with 13 points and 10 steals for Webster; Washburn had 11 and Parent led the team with 15 rebounds. Chad Songetay had 11 points for Siren, including a pair of first-half 3-pointers.

The Tigers play at Frederic this Friday and host Grantsburg on Tuesday. Siren, which entered the week still winless (0-5) in the Lakeland West, hosts Washburn on Saturday and Frederic on Tuesday.

The Pirates missed a chance to end a skid and give the Lakeland West leader its first in-conference loss of the season last Friday.

Grantsburg held a 52-51 lead in the final two minutes at Luck, but the Cardinals’ Gage Johansen scored four of his game-high 24 points in the last 90 seconds in a 57-54 win over the Pirates. Carson Knutson led four Grantsburg players with at least 10 points, with 14; Jared VanWatermeulen added 13 points and 11 rebounds.

VanWatermeulen started a an early 9-2 run that broke a tie and gave the Pirates an 18-9 lead near the midway point of the first, though Johansen and Wyatt Jensen sank 3-pointers on Luck’s next three possession to tie the game at 18-18.

Knutson snapped that tie by scoring six consecutive points to put Grantsburg up 24-18 but the Cardinals responded to again tie the game with less than two minutes remaining in the half and scored the final five points to take a 32-30 lead into halftime.

Luck opened the second half with an 8-2 run and eventually went up 49-39 with a Johansen 3-pointer. The Pirates capitalized on their chance for a comeback, making a 13-2 run to take a one-point lead in the final two minutes. But a 6-2 run to close the game by the Cardinals kept them undefeated in the conference at 4-0.

Zach Miller had 12 points for the Pirates and Gus Bergman had 10 points with seven rebounds in their second loss of the week. Grantsburg took a 67-60 loss to Cumberland at home on Jan. 7.

VanWatermeulen had a team-high 19 points for the Pirates; Knutson had 14 and Austin Wedin had 11.

The Pirates dropped to 5-4 overall with the losses and were 2-2 in the conference; they play at Unity this Friday and at Webster on Tuesday.