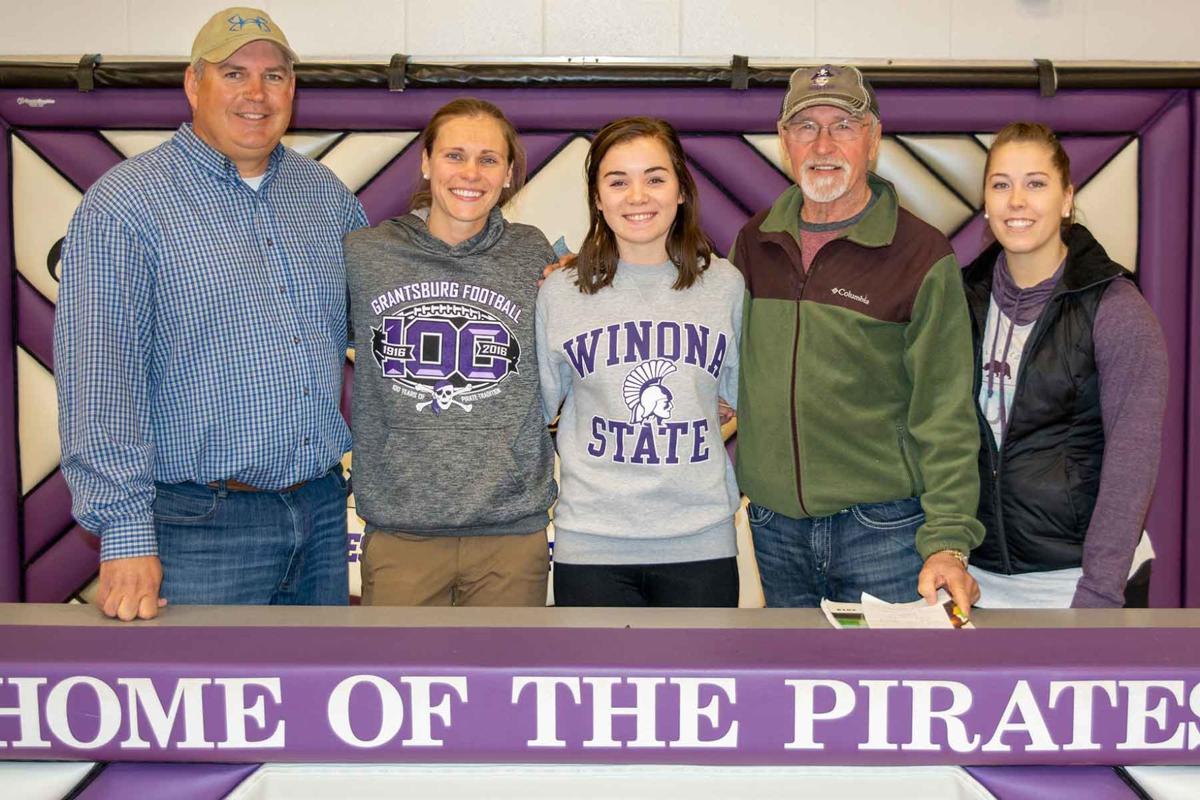 Emma Quimby’s softball coaches were on hand for the signing and posed for a photo opp with her. Pictured are (left to right) Troy Olson, Mollie Bjelland, Quimby, Don Bjelland and Samantha Willis. 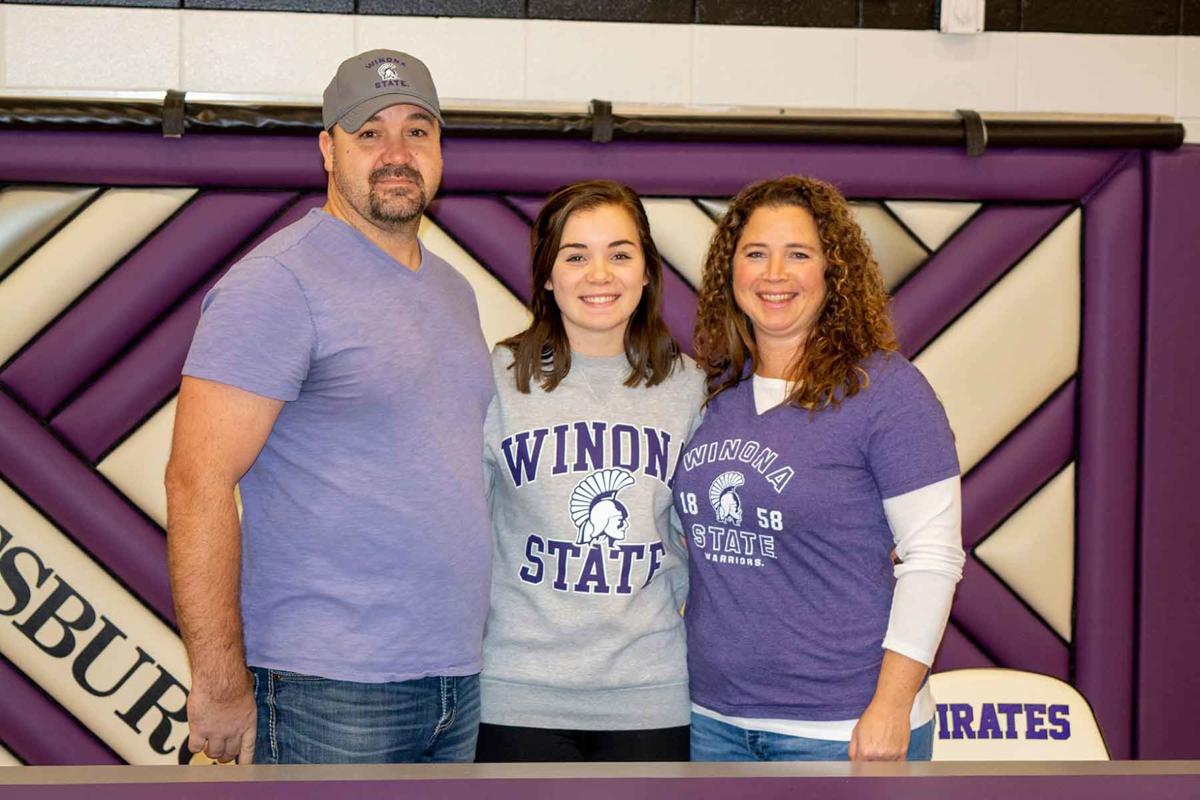 Recently, Grantsburg senior Emma Quimby signed her letter of intent to play softball at Winona State. Quimby, an all-state second baseman for the Pirates, is pictured with her parents Rick Quimby and Jeana Quimby.

Emma Quimby’s softball coaches were on hand for the signing and posed for a photo opp with her. Pictured are (left to right) Troy Olson, Mollie Bjelland, Quimby, Don Bjelland and Samantha Willis.

Recently, Grantsburg senior Emma Quimby signed her letter of intent to play softball at Winona State. Quimby, an all-state second baseman for the Pirates, is pictured with her parents Rick Quimby and Jeana Quimby.

A softball schedule with more than 50 games over a few-month span doesn’t often allow the Winona State University coach to take road trips for scouting potential recruits for the successful program he oversees. So out of trust and necessity, Jones relied on people familiar with Grantsburg when it came to recruiting one of the Pirates.

“With a lot of kids, we see them on video or in-person once or twice while recruiting,” Jones said. “In this case, the longest conversation was with Molly Bjelland – someone who coached at this level and was part of our program (at Winona State) – and her father Don (Bjelland), who still coaches (Grantsburg).

“They really kept us on board.”

And that helped Emma Quimby come aboard the WSU softball program.

Quimby – a senior infielder for the Pirates – committed to play for Jones at Winona State last week, when recruiting classes became official. Those annual groups have become larger over the span of Jones’ 20 years as coach at WSU.

“The better we’ve gotten program-wise, our recruiting classes got a bit bigger,” Jones said. “Instead of trying to specifically fill this position or that position, now it’s getting the best athletes and finding the right fit for them.

“Winning is 90 percent culture and 10 percent talent and for us that means getting high-energy kids and multi-dimensional kids. Emma really checked all those boxes for us.”

Another check went next to performance in the batter’s box for Quimby.

In 2019, she led the Pirates with a school-record .638 batting average to help garner all-conference, all-district and all-state recognition. And while she did so playing second base at Grantsburg, Jones hopes Quimby will have that versatility to potentially play elsewhere in the field in order to get her offense in the lineup.

As a perennial winning program, WSU already has a roster full of potential starters and most already have played at least a season with the program. Therefore, playing time can be dependent on filling an immediate need rather than waiting for a specific position to open.

Winona State went 53-9 last year and had a 31-game win streak, along with a 30-0 record in the Northern Sun Intercollegiate Conference. Jones has guided many such successful seasons and collected more than 800 career coaching wins, including more than 300 in his two decades at WSU.

And despite the existing talent on the roster, Jones said freshman contributions are not rare in his program.

“There have been freshmen who’ve contributed and sometimes it comes in waves, with a whole bunch of freshmen playing one year and not so many playing in another,” Jones said. “We’ll probably have two freshmen starting for us next season (2020). All the kids on the team are capable of starting.”

Until she reaches the campus at Winona State, Quimby has one remaining season of eligibility with the Pirates to make another playoff run and continue a few streaks. Grantsburg seeks its 15th consecutive conference title and 14th consecutive regional title.

“The Winona State Softball Family is excited to welcome Emma,” Jones said. “She is an excellent defender whose work ethic will be a valuable asset to our program. Emma's athleticism and ability to contribute both offensively and defensively will give her a chance to compete immediately for us upon her arrival at Winona State."