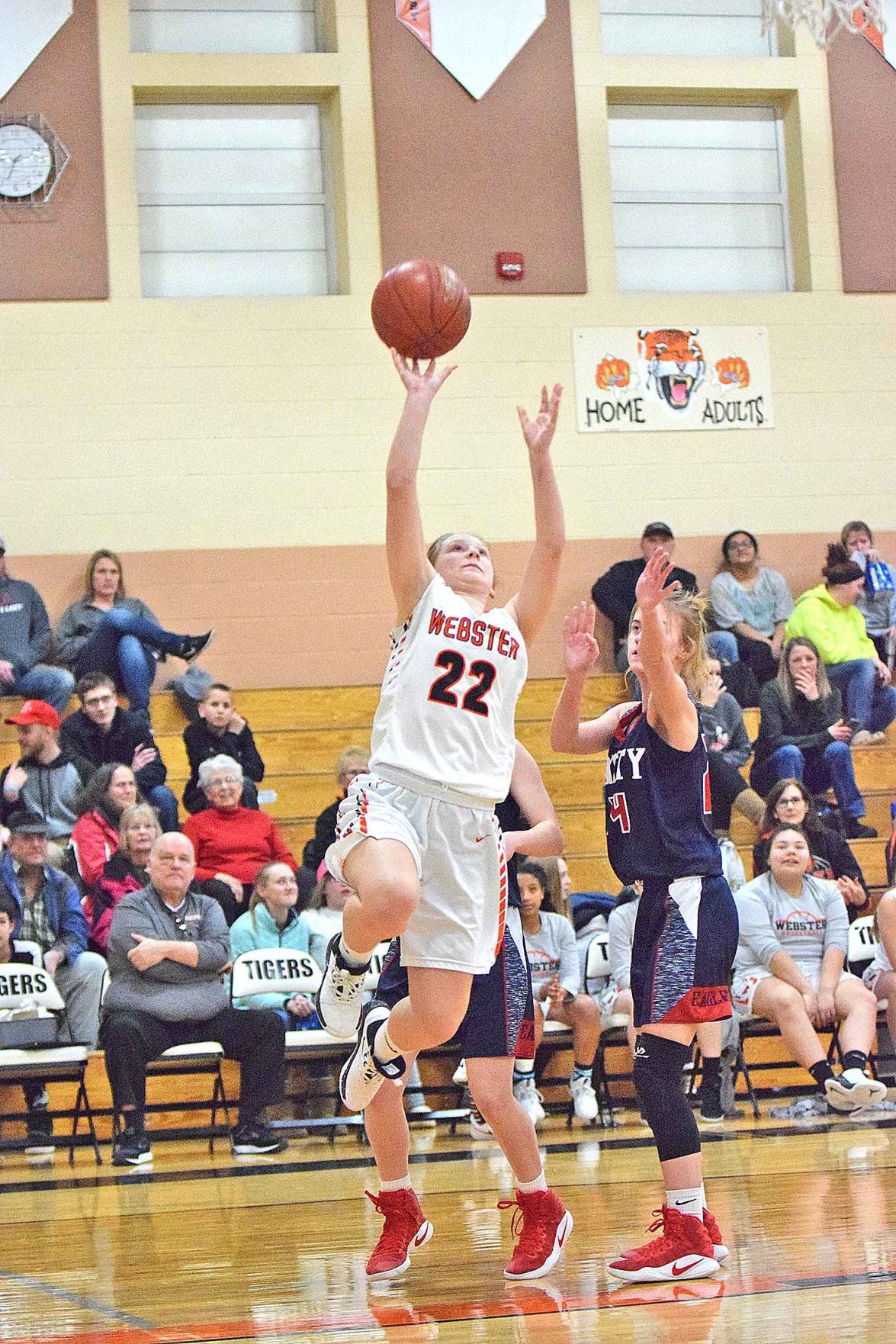 Webster’s Torrance Wols puts up a shot against Unity. 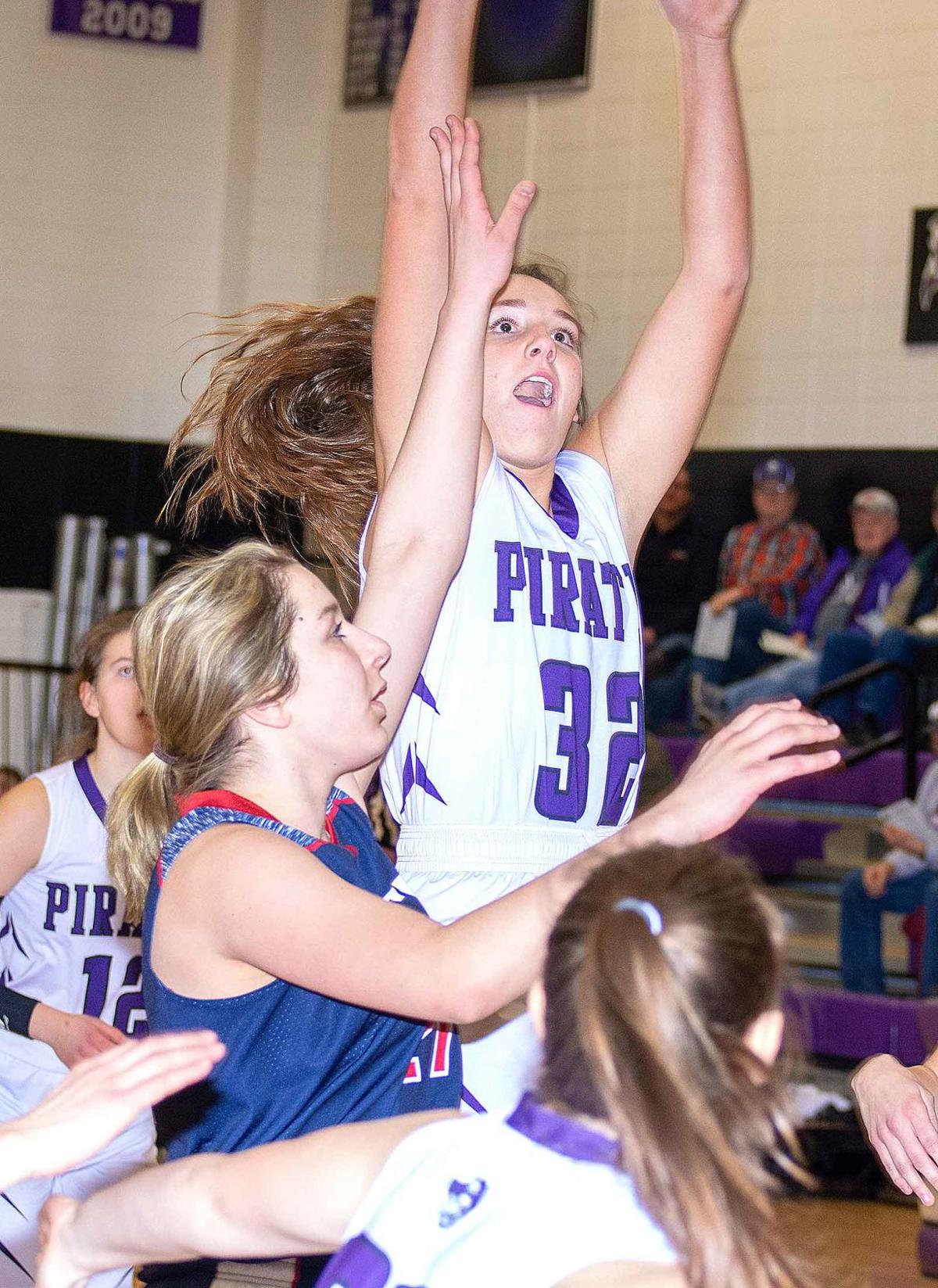 Brooke Quimby pulls up for a jump shot and her first two points of the night.

Webster’s Torrance Wols puts up a shot against Unity.

Brooke Quimby pulls up for a jump shot and her first two points of the night.

The senior became the fifth Grantsburg girls basketball player to reach 1,000 points in the program’s history, as the regular season of her final year comes to a close.

“Any player that scores 1,000 points does not do it by accident,” Grantsburg coach Penny Curtin said. “There is a lot of hard work that goes into it, with countless hours of shooting the ball and a durable mindset to play the game through injury and illness.”

Quimby is leading the Pirates in scoring for the third consecutive season, though she’s contributed to the varsity program for all four of her high school years.

“Brooke played varsity briefly as a freshman, generally only coming in when we wanted to pressure the ball,” Curtin said. “Because of her speed and quickness, she was very good at that.”

Unfortunately for the Pirates, they were unable to get a win last week, dropping to 3-7 in the Lakeland West and 8-11 overall. They took an 82-47 loss at home to Unity on Feb. 11 and a 71-52 loss to Somerset on Thursday.

Grantsburg hosts Turtle Lake this Thursday and Chetek-Weyerhaeuser on Tuesday.

The Tigers look to end a two-game skid this Thursday when they host Winter. Their Lakeland West record dropped to 3-9 last week with losses to Frederic and Unity.

Webster couldn’t overcome a 10-point halftime deficit in a 51-43 loss at home to Frederic on Feb. 11. The Vikings went on a 12-0 run early in the first half to erase a Webster lead and take a 25-15 lead into the break.

Frederic went on a 7-0 early in the second half to hold a double-digit lead for most of the remainder.

Jenna Gomulak led the Tigers with 12 points and five rebounds; Torrance Wols and Aliyah Daniels had seven points each.

Webster then took a 73-28 loss at home to the Eagles on Thursday, with Raegan Sorensen scoring nearly as many points for the Cardinals (25) as the Tigers totaled in the game.

Following their game against Winter, the Tigers begin postseason play at Mellen on Tuesday.

The Dragons entered the week in a tie with Luck for third in the Lakeland West with 5-7 records.

Though games against Northwood and Bayfield were either postponed or canceled last week, Siren missed a prime opportunity to take sole possession of third by taking a 63-46 loss at Luck on Friday.

Sommer Asper scored a game-high 18 points for the Cardinals and led them to a 29-23 advantage entering halftime. Morgan Shetler scored seven of her 12 points in the first half while Lindsay Liljenberg scored eight of her 12 in the second half.

The Dragons dropped to 11-7 overall on the season and they open postseason play on Tuesday at home against Bayfield.