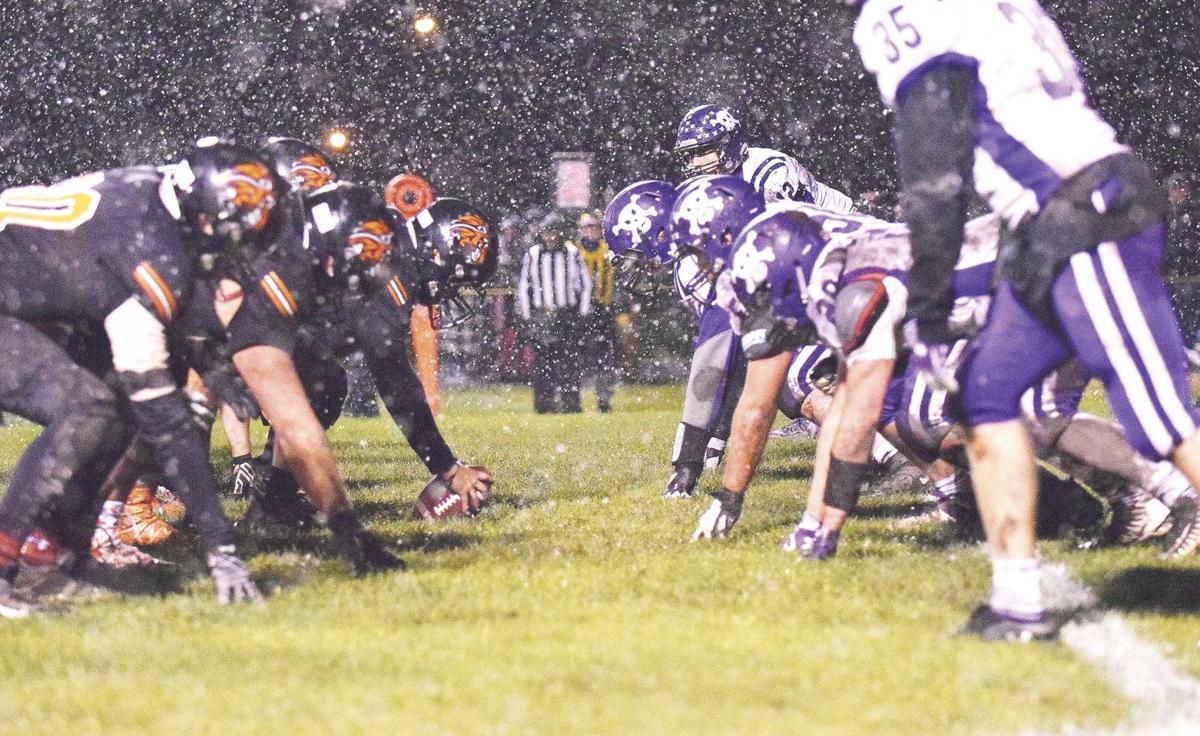 Tiger’s and Pirates squaring off in the snow last Friday night. 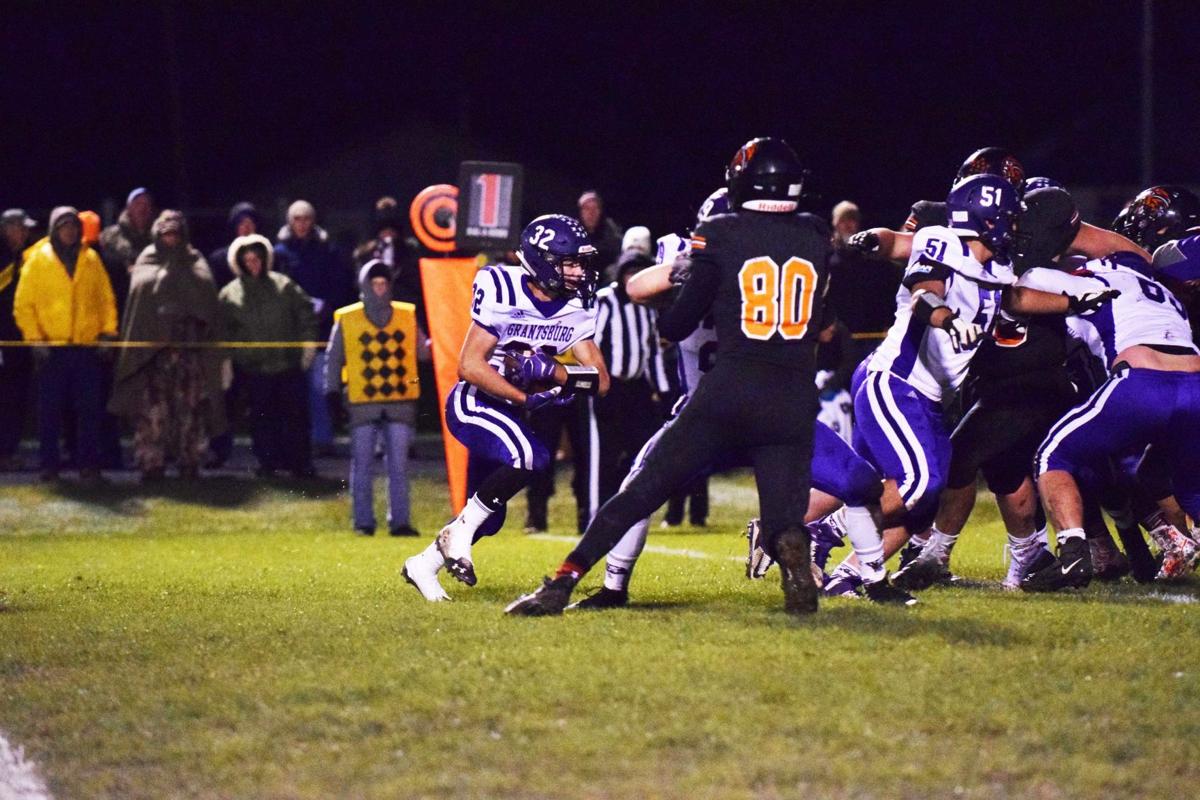 Isaac Quimby taking the ball on this opening drive carry for along touchdown run to put the Pirates on the board first.

Tiger’s and Pirates squaring off in the snow last Friday night.

Isaac Quimby taking the ball on this opening drive carry for along touchdown run to put the Pirates on the board first.

WEBSTER – While the Grantsburg football team can use its final regular season game as a playoff tune-up, Webster’s season finale is a final shot to end a skid.

The Pirates secured a postseason spot with a 14-8 win over the Tigers last Friday, improving to 5-3 overall and 4-2 in the Lakeland Conference as they prepare to host Lake Holcombe-Cornell this Friday. A victory would eliminate the one-game difference between the two in the conference and mean a share of second place in the conference behind Unity.

“Lake Holcombe has had a good year,” Grantsburg coach Adam Hale said. “They are big and physical upfront and have a terrific running back. Defensively, they are aggressive and tackle well.”

Meanwhile, the six-point difference in last Friday’s game dropped Webster to 3-4 overall and 2-4 in the conference heading into home matchup with Clear Lake. Though, the Tigers had an opportunity to halt their losing streak at three games, but just barely came up shy.

“We had our chances to win the game,” Webster coach Andy Smith said. “Our team has done a nice job of playing to our strengths.”

If not for a first-quarter offensive success by the Pirates and a missed opportunity to potentially take the lead in the third quarter, the Tigers likely would already have a winning record.

Grantsburg scored both its touchdowns in the opening quarter, starting with a 15-yard touchdown run from Cameron Denn. The extra point from Jared VanWatermuelen gave the Pirates a 7-0 lead with over nine minutes remaining in the first.

Webster’s following attempt to tie the game was stopped by a fumble and the Pirates capitalized soon after. They added a second score three minutes later, with a 33-yard touchdown run from Isaac Quimby and another VanWatermuelen kick made it a 14-0 game.

But the Tigers did cut Grantsburg’s lead by more than half in the second quarter, when C.J. Abbas broke loose for a 12-yard touchdown run, followed by a Coleton Peterson 2-point conversion run with just over three minutes remaining before halftime. And though Webster threatened to take the lead with a substantial drive in the third quarter, the effort fell inches short.

“Our offense put a great drive together that used nearly the whole third quarter, but the drive stalled at the 1-inch line,” Smith said. “We had two other nice drives that ended in turnovers.”

Though the Pirates were unable to add to their lead in the second half, it maintained the lead by denying the Tigers any points.

“It was a huge second half for us, not necessarily because we played that great, but we didn't break and held (Webster) scoreless.,” Hale said. “Credit (to) Webster for an unbelievable drive in that third quarter, but I'm proud of our defense for not giving up the big play and getting the big stop on the goal line.”

The second-half offense helped the Tigers finish with a 248-191 advantage in total offensive yards, though a distance of less than a foot prevented them from a potential win.

Quimby finished with 82 yards rushing on 12 carries and 36 yards receiving on three catches for Grantsburg; Sterling McKinley was 6-for-15 passing for 51 yards. Trevor Anderson had 17 tackles; McKinley had an interception and Isaac Lee had a fumble recovery.

Keith Glienke led Webster with 112 yards rushing on 27 carries; Abbas had 62 yards on 11 carries and Peterson had 59 yards on 14 carries. Timothy Fornego led the defense with eight tackles; Tanner Peterson had an interception and Harlo Olson added seven tackles.

Webster maintains slim playoff hopes with a win this Friday.