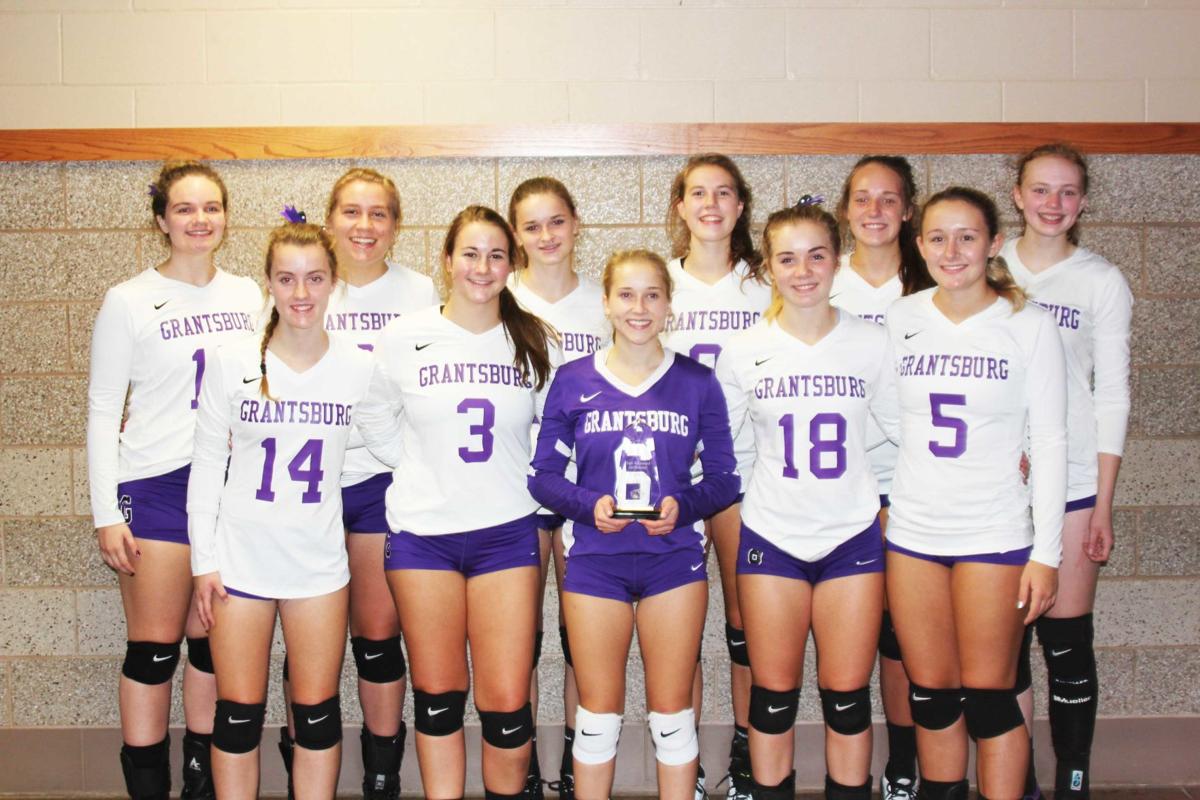 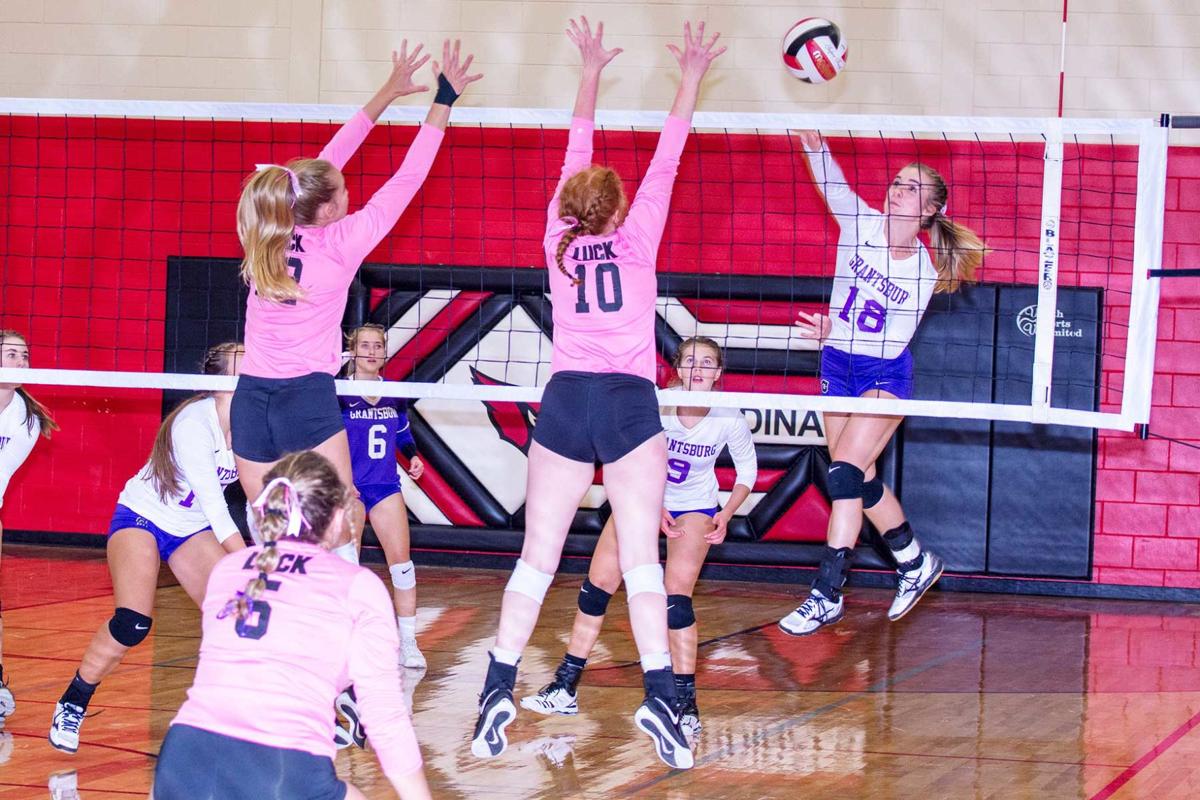 Grantsburg’s Emma Quimby (18) puts a big hit past the Cardinal blockers in the Pirates’ win over Luck Thursday night.

Grantsburg’s Emma Quimby (18) puts a big hit past the Cardinal blockers in the Pirates’ win over Luck Thursday night.

Entering the tournament with a four-match win streak, the Pirates earned wins over Somerset, Altoona, Baldwin-Woodville and New Richmond to claim the top spot and stretch their win streak to eight matches. They surrendered just two sets in their four matches on the day.

Grantsburg opened with a two-set win over Somerset – 25-15 and 25-12. Hanne Johnson had 10 kills and nine assists for the Pirates; Emma Quimby had nine digs and seven kills while Ellie Duncan had 16 assists and six aces.

The Pirates then opened with a 25-18 win in the first set against Altoona and after dropping a 26-24 decision that included extra play, they won the tiebreaker set 15-12. Johnson had 17 digs and 15 kills; Olivia Ohnstad had 14 digs and 10 kills for Grantsburg.

Another two-set win put the Pirates in the tournament final. They defeated Baldwin-Woodville 25-15 and 25-14 for their seventh consecutive win. Ohnstad had 10 digs and six kills; Raisa Jensen had nine digs; Duncan had nine assists and Johnson had six digs with five kills.

Grantsburg faced the host team in the final and fell behind by a set with a 25-22 loss in the opener. However, a 25-14 win in the second set forced a tiebreaker, which required extra play but went to the Pirates 16-14. Johnson had 12 kills, 10 assists and 10 digs for the Pirates; Ohnstad had 10 kills and eight digs; Duncan had 11 assists and Jensen had eight digs.

The Pirates earned a pair of three-set decisions last week prior to the New Richmond Invitational, starting with a 25-4, 25-15, 25-7 win over Frederic on Oct. 1. Olivia Ohnstad had 10 kills; Emma Quimby had seven digs and Ellie Duncan had 18 assists for the Pirates.

The Tigers began the month with a three-set win over Luck on Oct. 1.

Webster won the first and third sets 25-21 and the second set 25-17 for its 13th win of the season. Ava Washburn had 11 kills for the Tigers; Summer Winkler had 12 digs and 10 kills; Kaitlyn Lee had 18 assists and Hannah Janssen had 15 assists with seven digs.

It’s Webster’s second win of the season over Luck; the Tigers won a five-set decision in early September.

The Tigers also earned multiple wins in the Amery Tournament on Saturday. They won five of their six sets in pool play but were swept by Unity and Prescott in bracket play.

Webster defeated Amery (25-21, 25-15) getting nine assists from Lee and five kills each from Brooke Hetfeld and Kelsey Kidder. The Tigers also defeated Hayward in two sets (25-14, 25-16); Ava Washburn had eight kills while Kidder and Janssen had four aces each.

Spring Valley managed to split two sets with the Tigers (25-15, 18-25); Torrance Wols had 12 digs; Lee had 16 assists and Kidder had six digs. Prescott defeated the Tigers 25-21, 25-23 with Winkler getting 10 digs for Webster, Wols adding eight digs and Emma Zmuda getting 14 assists.

Unity gave Webster its other two-set defeat on the day (25-17, 25-21); Hetfeld had four blocks while Zmuda had six digs and Lee had six assists.

The Dragons got back into the win column with a three-set decision over Frederic on Thursday.

On Oct. 1, the Dragons were defeated by Unity in three sets for the second time this season. Karlee Sybers led Siren with seven kills; Aubert had three kills and two aces while Shetler had two kills and an ace.