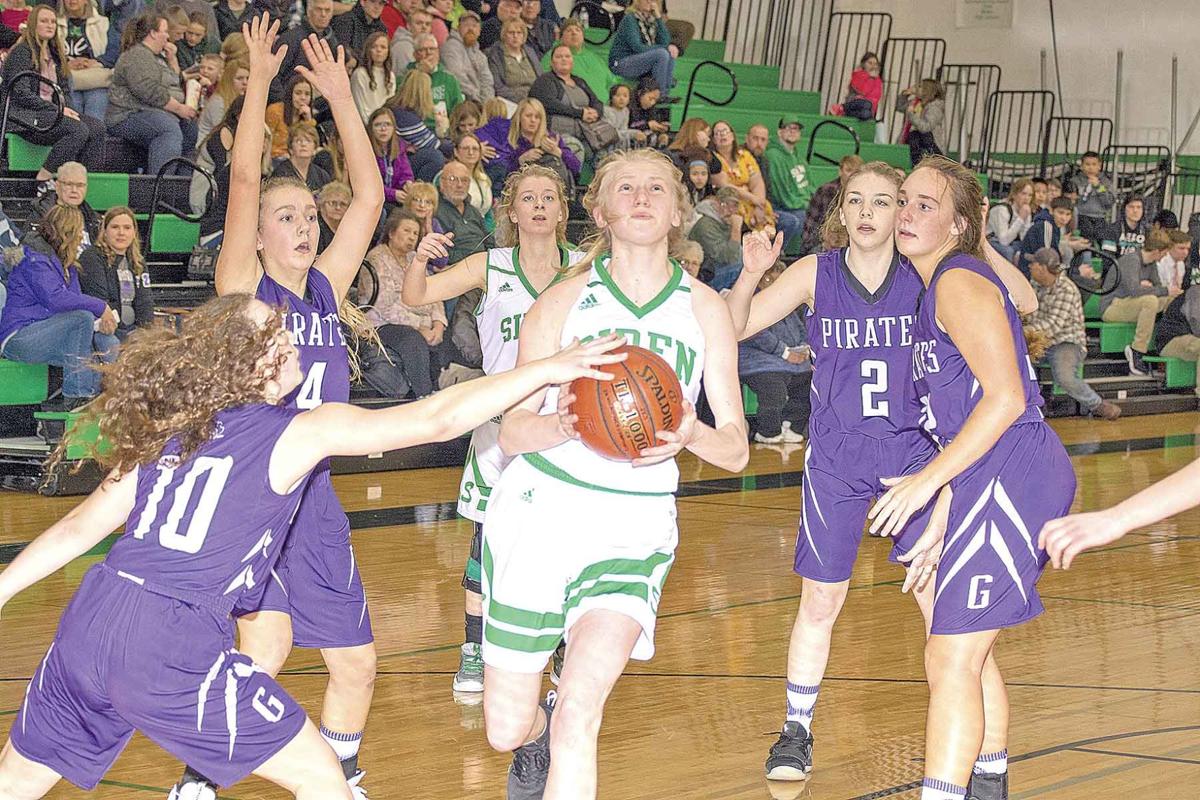 Grantsburg’s Renee Tooze (10) reaches in for the block on Siren’s Vinni Rightman (4) during Friday’s game. 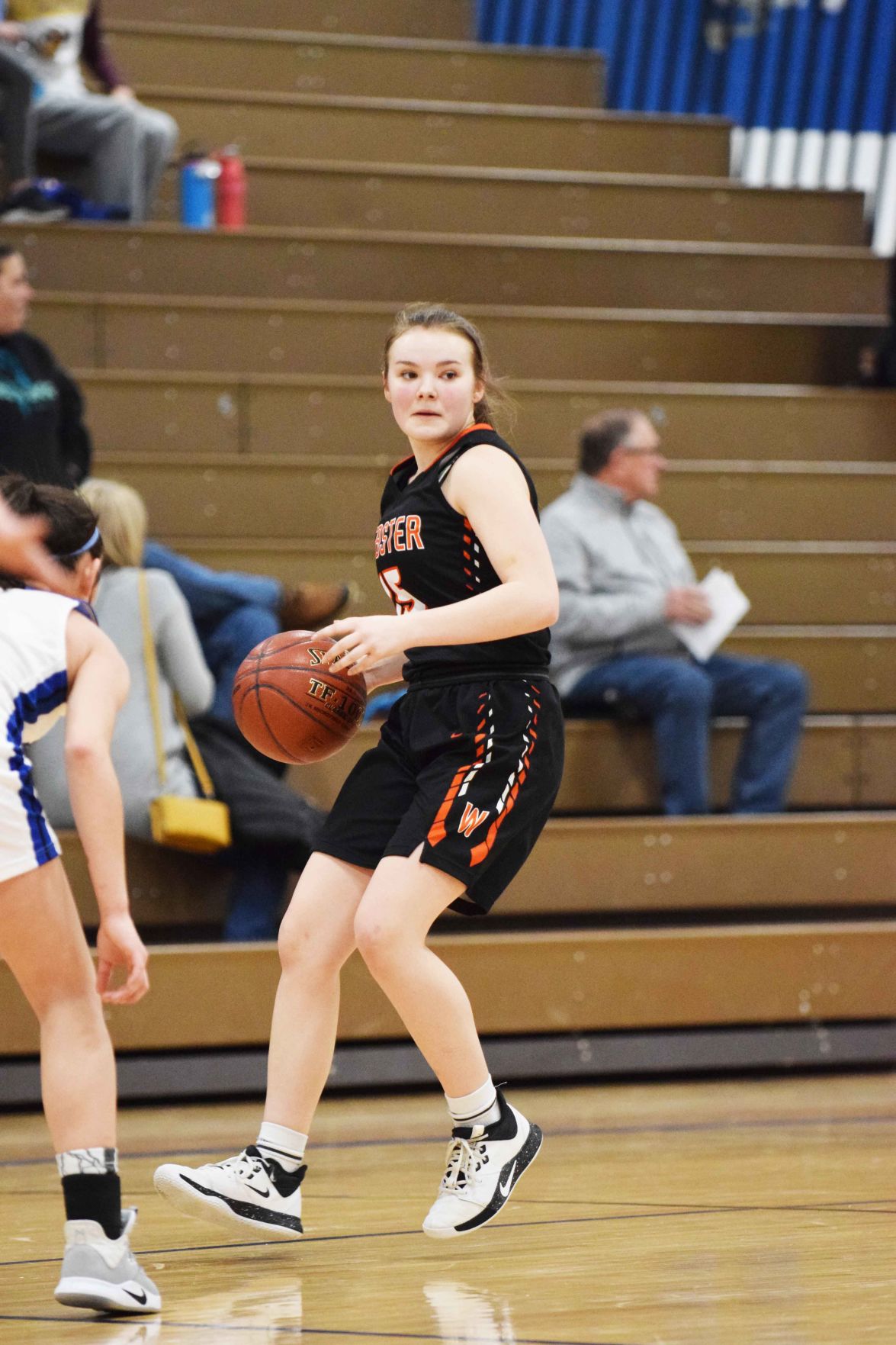 Webster’s Aliyah Daniels looking for a teammate as she brings the ball up the court.

Grantsburg’s Renee Tooze (10) reaches in for the block on Siren’s Vinni Rightman (4) during Friday’s game.

Webster’s Aliyah Daniels looking for a teammate as she brings the ball up the court.

SIREN – The Siren girls basketball team hopes the next stop is at third place.

After a lengthy drought in Lakeland West competition stretching into this season, the Dragons have won four of their last conference matchups, including a 51-43 win over Grantsburg on Friday. Morgan Shetler had a game-high 22 points while Hannah Lemieux scored all eight of her points in the second half of Siren’s victory.

“We started strong and came out to build a nice lead early,” Grantsburg coach Penny Curtin said. “(But) Siren hit several shots and closed the gap in a hurry. (Shetler) was on fire and seemed like she couldn’t miss.”

The teams entered halftime with a 24-24 tie, though Siren’s scoring depth and makes at the free throw line helped it take a second-half lead and hold an advantage at the end. The Dragons made six second-half free throws compared to Grantsburg’s one. The eight points from Lemieux, including a pair of 3-pointers, also boosted the Dragons.

Siren improved to 4-5 in the conference and to 10-5 overall while Grantsburg dropped to 2-6 in-conference and 7-8 overall. The Dragons host St. Croix falls this Friday and play at Northwood on Tuesday while the Pirates goes to Frederic on Friday and hosts Unity on Tuesday.

The Pirates prefaced their loss at Siren with a lopsided 56-26 win at Turtle Lake on Jan. 28.

Grantsburg increased a seven-point halftime lead by holding the Lakers to just 10 points in the second half, turning a few-possession game into a runaway win. Turtle Lake made just 10 shots from the floor and the Pirates forced 37 turnovers.

“We were able to push the ball up the floor and convert on many breakaways,” Grantsburg coach Penny Curtin said. “We played solid defense, creating many turnovers. It was a great game for our team.”

The Tigers halted a two-game skid with a late 3-pointer from Hannah McDowell to get a 58-55 win over Frederic on Monday.

McDowell finished with a game-high 19 points while Brooke Hetfeld added 16 and Torrnace Wols had 12. However, a basket from Frederic’s Haley Ennis in the final two minutes tied the game at 53-53. McDowell responded with the go-ahead 3-pointer and Hetfeld sank a pair of free throws for insurance points to secure the win.

Despite 22 points from Hetfeld on Jan. 28, the Tigers fell short in a 49-46 loss at Shell Lake. The Lakers got 23 points from Addie Schroeder and 14 from Kianna Kidder. Wols had eight points for Webster and Gomulak added six.

The Tigers were just the next victim for the undefeated St. Croix Falls team on Friday. The Saints limited Webster to just four makes from the floor and to a 0-for-13 performance from 3-point range in a 71-10 win.

Webster entered the week with a 2-6 record in the Lakeland West and a 4-12 record overall. The Tigers host Luck this Thursday and Frederic on Tuesday.