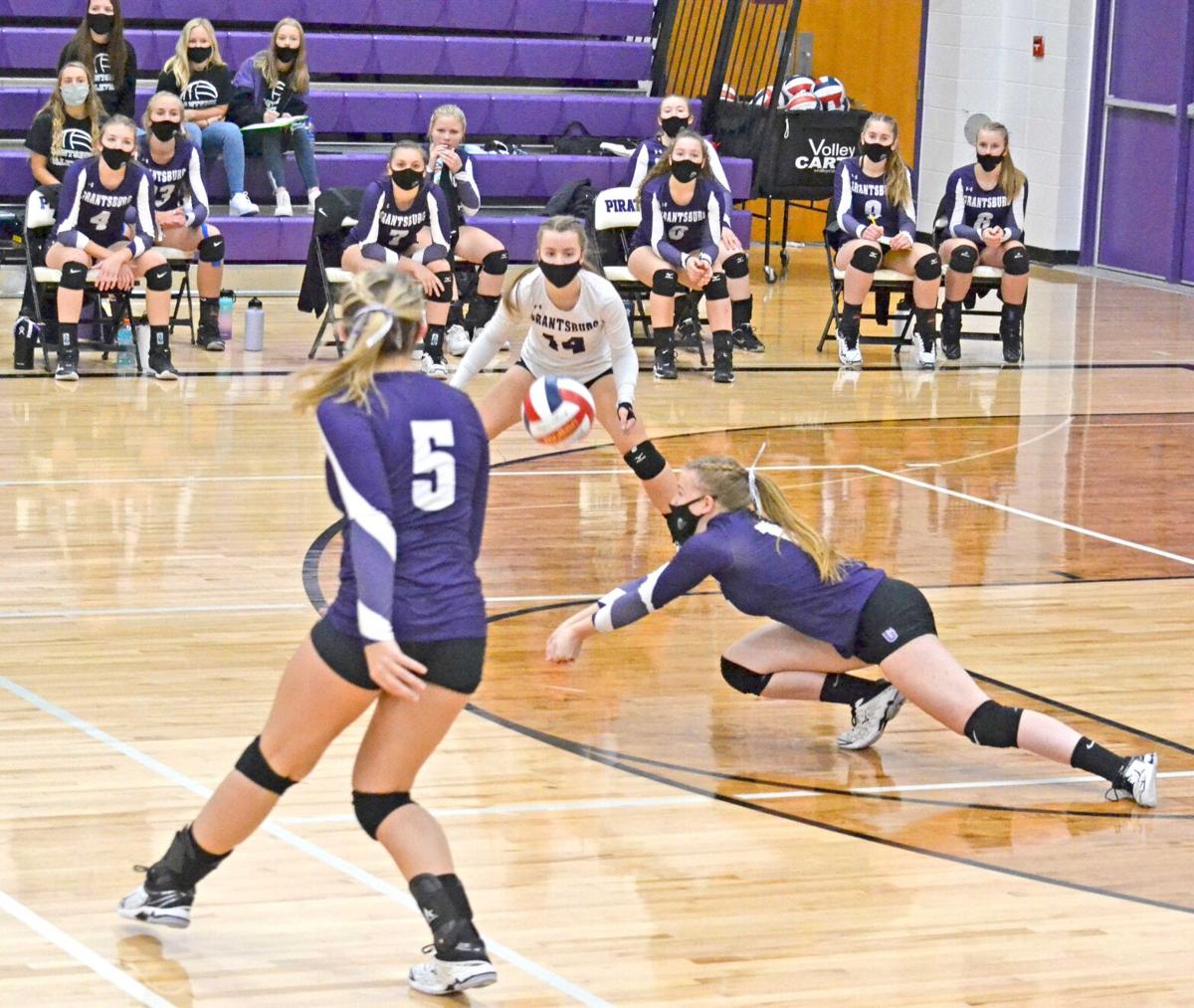 Pirates Gretchen Lee dives to save the ball during the game against the Raiders. 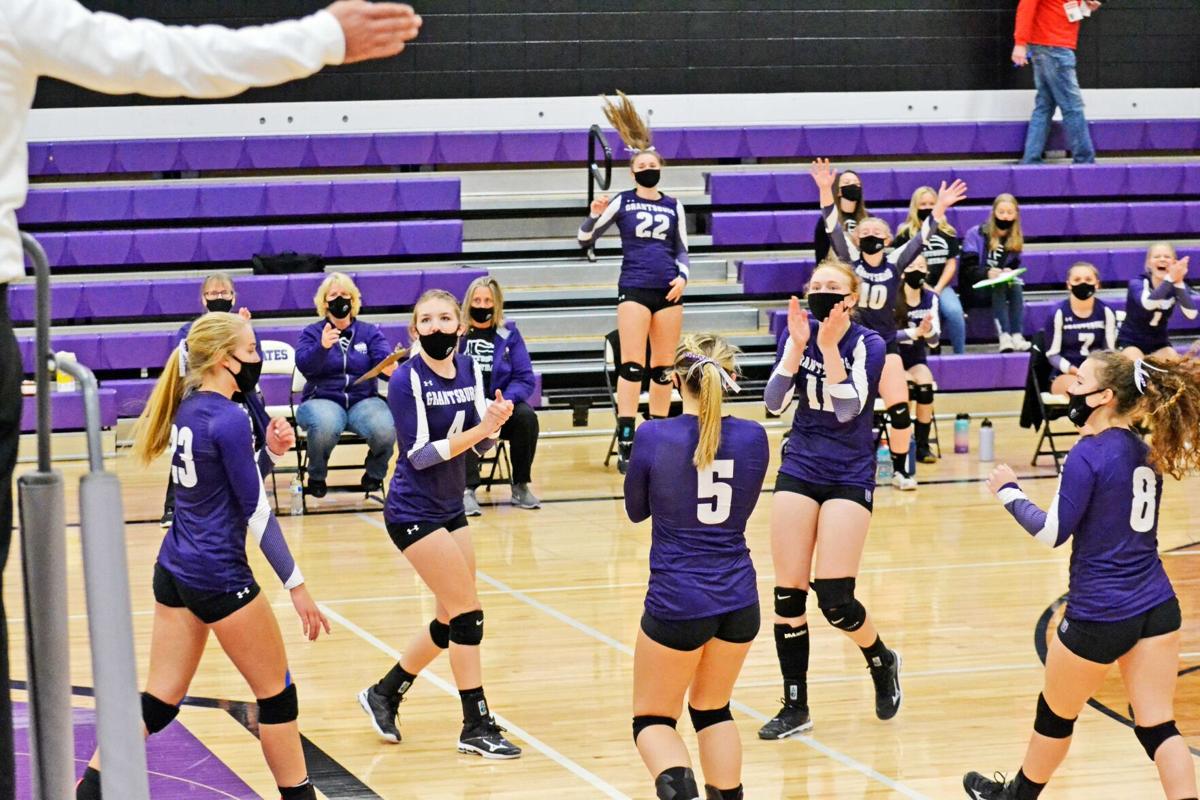 The Pirates team with a short celebration after scoring on a nice play against the Marathon Raiders.

Pirates Gretchen Lee dives to save the ball during the game against the Raiders.

The Pirates team with a short celebration after scoring on a nice play against the Marathon Raiders.

The Grantsburg Pirates started their Sectional run hosting the Marathon Raiders, and the first few minutes of the game started with an injury to Marathon’s libero. While chasing after a stray ball on the court, she hit her head on the brick wall and had to spend some time in the ER receiving stitches. She was not able to return to the game. Pirates Coach Deb Allaman-Johnson said that it definitely impacted Marathon’s team, and it was an odd night for everyone after that, with everyone taking turns making strange errors and everyone taking turns carrying the team with great plays.

“We were never all firing on the same cylinders at once, but we somehow got the job done. Marathon has a couple of really tough hitters, but we were able to spread our sets around and swing hard a few times. Our defenders worked hard. Serve receive was solid with only two errors and our serving was tough as we scored six aces. We also blocked well. It was a total team effort, in both the good and the bad.”

The Pirates won their first sectional match-up against the Raiders with a score of 3-1. Kills that night were led by Hanne Johnson (20) and Alli Peterson (13). There were a total of 85 digs tallied, being led by Peterson (19), Johnson (16) and Sadye Bunting (11). Cate Lee was strong with assists on the court, holding 14 while Johnson trailed with 12 assists and Jadyn Watt held 10.

The Pirates next Sectional game had them traveling to Fall Creek to play the Crickets in the Sectional Championship game. Allaman-Johnson stated that the Pirates just did not perform the basic skills very well in the match-up.

“Serve receive and defense suffered. We failed to adjust to their angle of attack. We got called for more BHE (double hits) in this match than in the rest of the season combined. Our hitters were often ineffective against their very dominant block, and we also made many unforced errors. We had zero blocks to their twelve.”

Unfortunately, the Pirates were unable to win any of the sets against the Crickets and went back home with a final score of 0-3. Kills and digs were led by Johnson, she received 16 digs and 12 kills. Bunting wasn’t far behind on digs, holding 14 herself. Cate Lee led the team on assists while aces were had by Amy Harmon (2), Bunting (1) and Lee (1).

“We had outstanding senior leadership, especially from captain Jadyn Watt who lifted her teammates with an ever-present encouraging word and an occasional much-needed sharp reminder to "step it up!" Allison Peterson had some of the most powerful attacking in the conference. Gretchen Lee was a steady, accurate passer who never showed frustration. And Lainie and Amy had really tough serving that kept our opponents on their toes. All of them are smart, kind, and respectful. They set the tone for a strong, positive season and I appreciate them.”