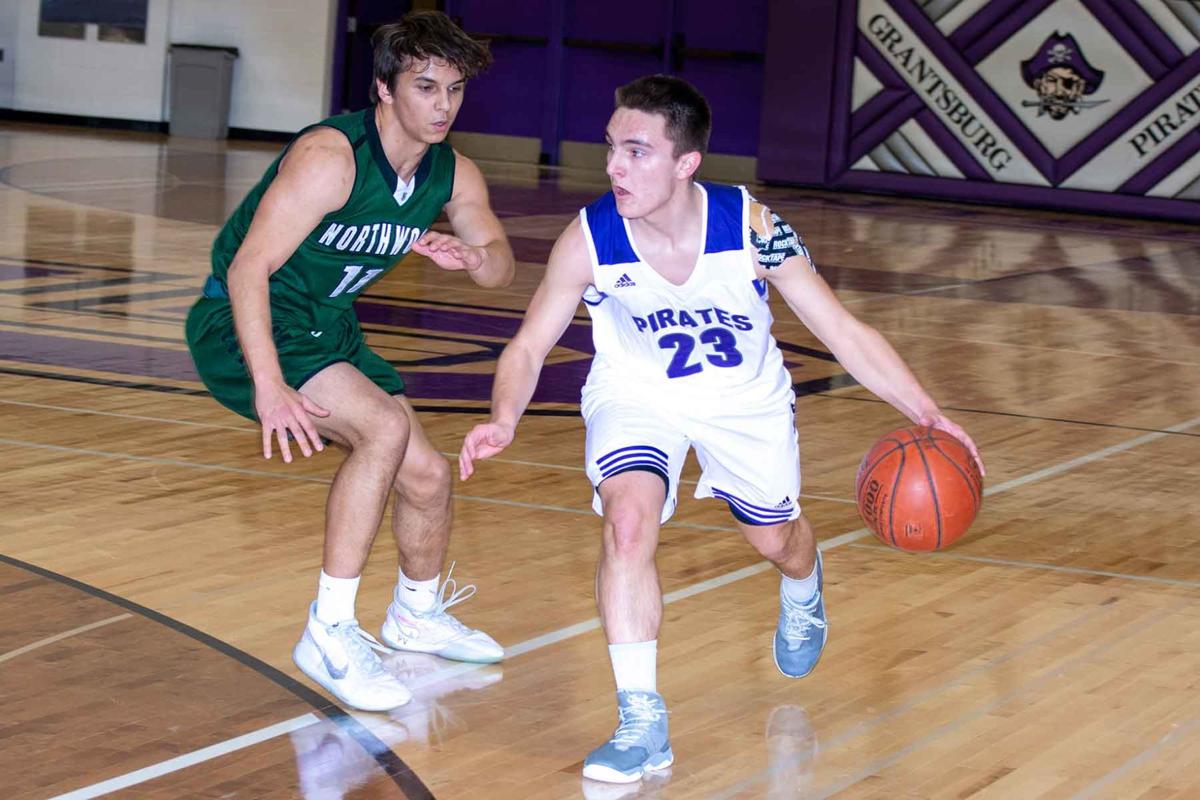 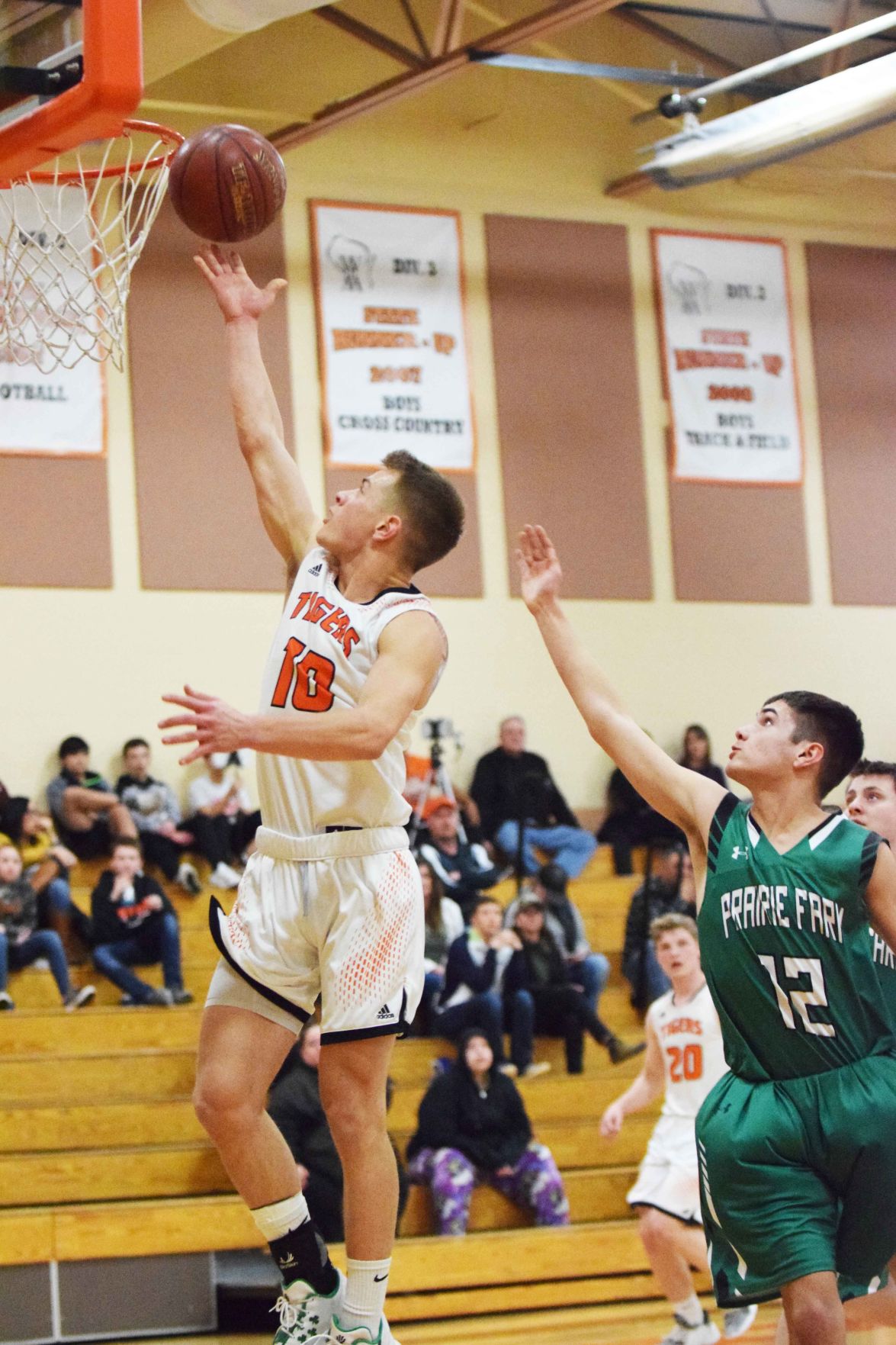 Webster’s Tanner Pardun puts up a shot against Prairie Farm.

Webster’s Tanner Pardun puts up a shot against Prairie Farm.

The Pirates earned wins over Spooner and Northwood in the final week of the regular season secured fourth in the conference standings and stopped a three-game slide before this week’s postseason start.

They started with a 61-45 win over Spooner on Feb. 24, getting a game-high 24 points from Jared VanWatermeulen. He had 10 in the first half while Carson Knutson and Austin Wedin provided long-range shooting; Knutson hit a pair of 3-pointers in the first half and Wedin added another. Grantsburg’s defense limited Spooner to 16 first-half points and allowed for a 15-point lead entering halftime.

While VanWatermeulen increased his scoring in the second half, Sterling McKinley sank two 3-pointers and Knutson had one, allowing the Pirates to maintain a double-digit lead throughout the second half.

Knutson finished with 11 points; Wedin, McKinley and Gus Bergman had eight points each.

Grantsburg closed the regular season with a 53-37 win over Northwood on Thursday. Wedin led the team with 16 points, including two 3-pointers in each half. VanWatermeulen scored all 11 of his points in the first half, where Knutson added all 10 of his points. Another eight from Bergman gave the Pirates a 38-10 lead entering the break.

The Pirates were 7-5 in the Lakeland West and 13-9 overall. They finished a game behind St. Croix Falls for third in the standings while Unity (10-2) edged Luck (9-3) for the conference title. Grantsburg began postseason play on Tuesday at home against Glenwood City.

The Dragons ended the regular season with their highest-scoring game so far.

On Thursday, they hosted Clayton for a 73-21 win to enter the playoffs with a 6-15 overall record. Siren tied Frederic for sixth in the Lakeland West with a 2-10 in-conference mark.

Riley Churchill scored a game-high 28 points while Nathan Kosloski helped get Siren a large first-half lead. Churchill and Kosloski had 14 points each in the first half while Chad Songetay scored all seven of his points prior to halftime.

Kosloski finished with 21 points for the Dragons, who still earned a first-round home playoff game against South Shore.

The Tigers ended a three-game skid in their regular season finale on Thursday with a 67-42 win at home over Prairie Farm.

Webster ended the regular season with a 10-12 overall record and was 4-8 in the Lakeland West, placing the Tigers fifth in the final standings entering their postseason opener on the road at Ladysmith.