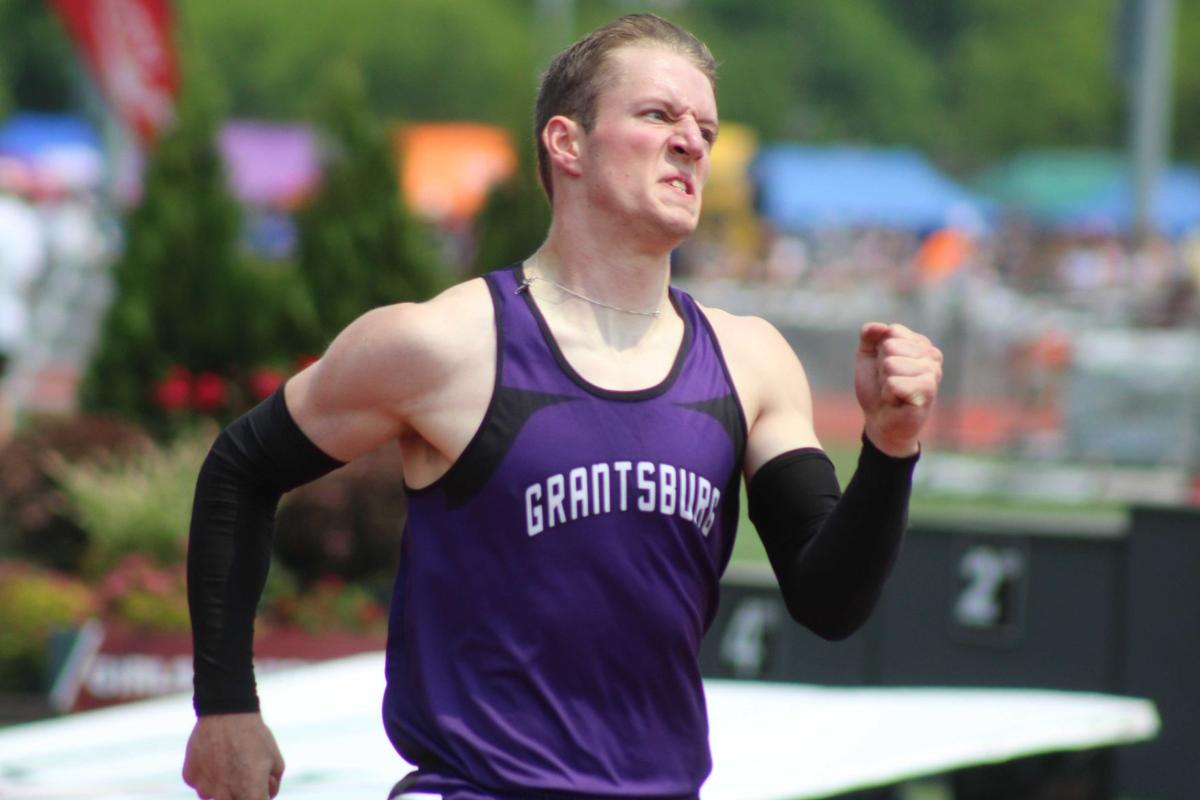 Nate McKinley was a fierce competitor at the State competition competing in the 400m dash and taking 6th place. 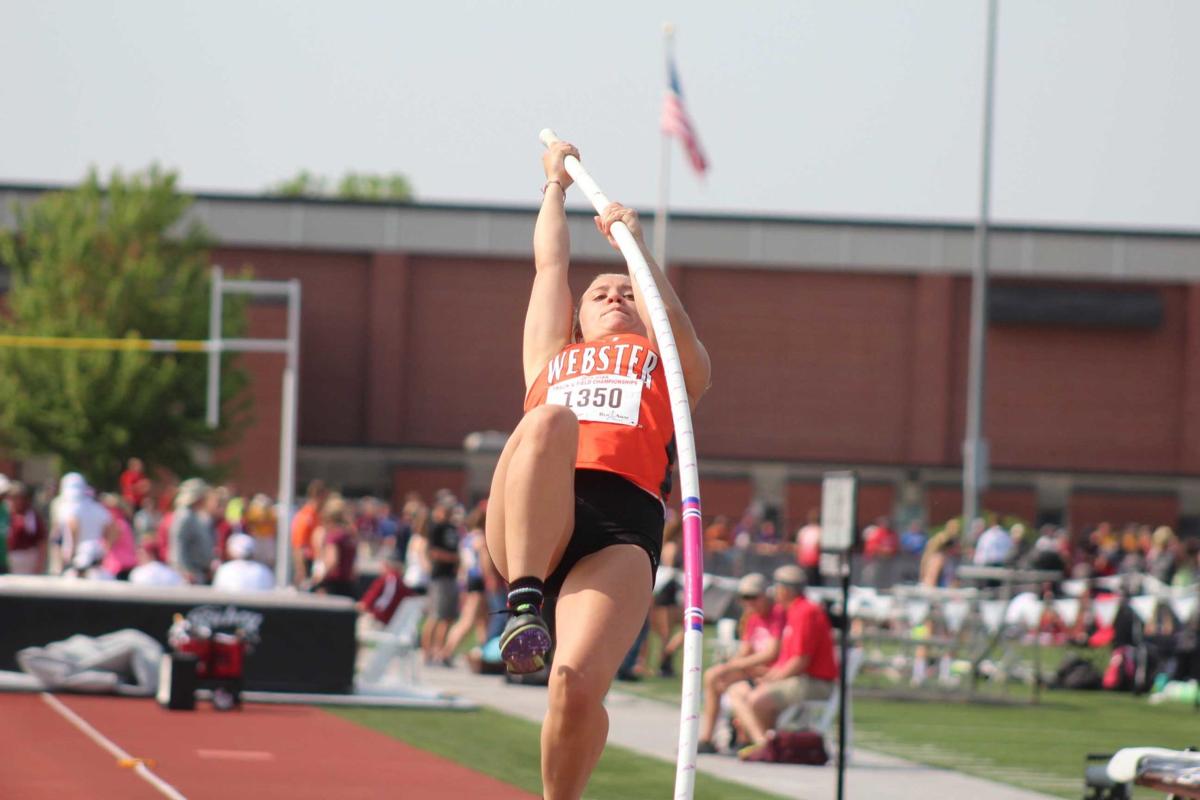 Jeni Petersen tied with her personal best of 10 feet in the pole vault at state. 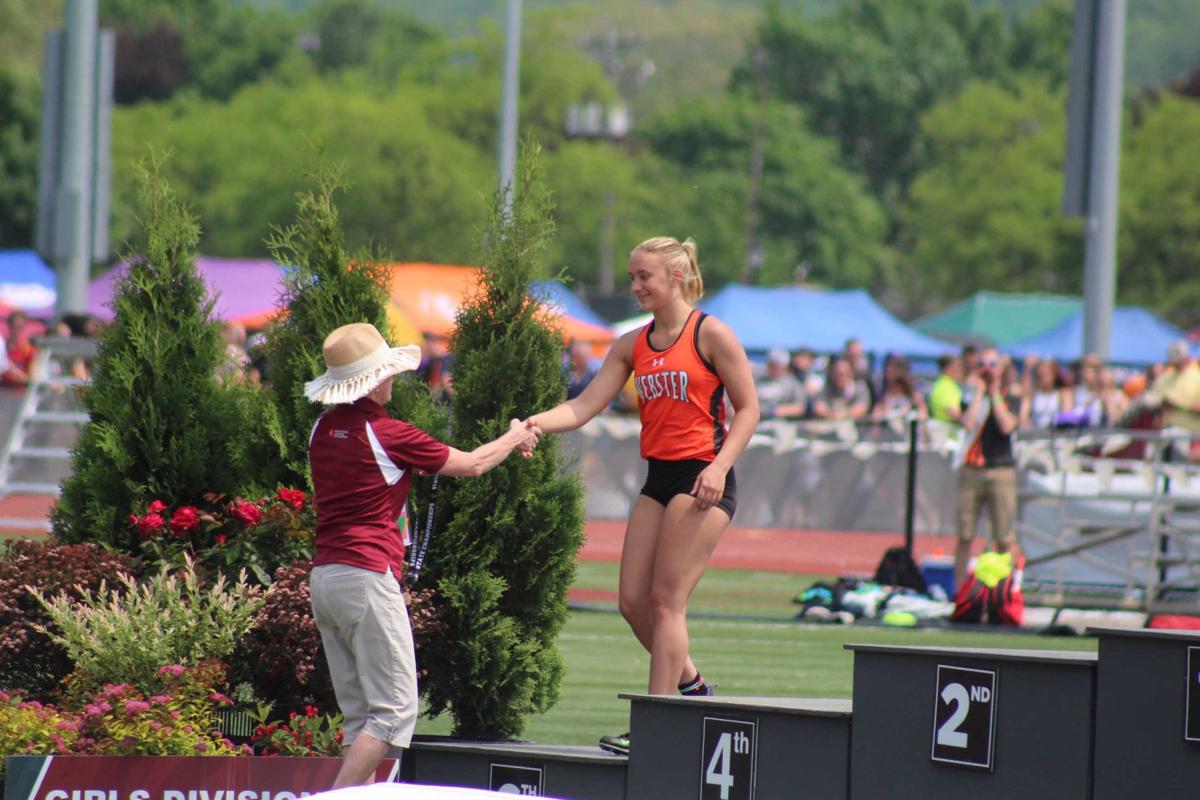 Webster’s Jeni Petersen competed at State in pole vaulting and finished in 6th place with a 10 foot vault. 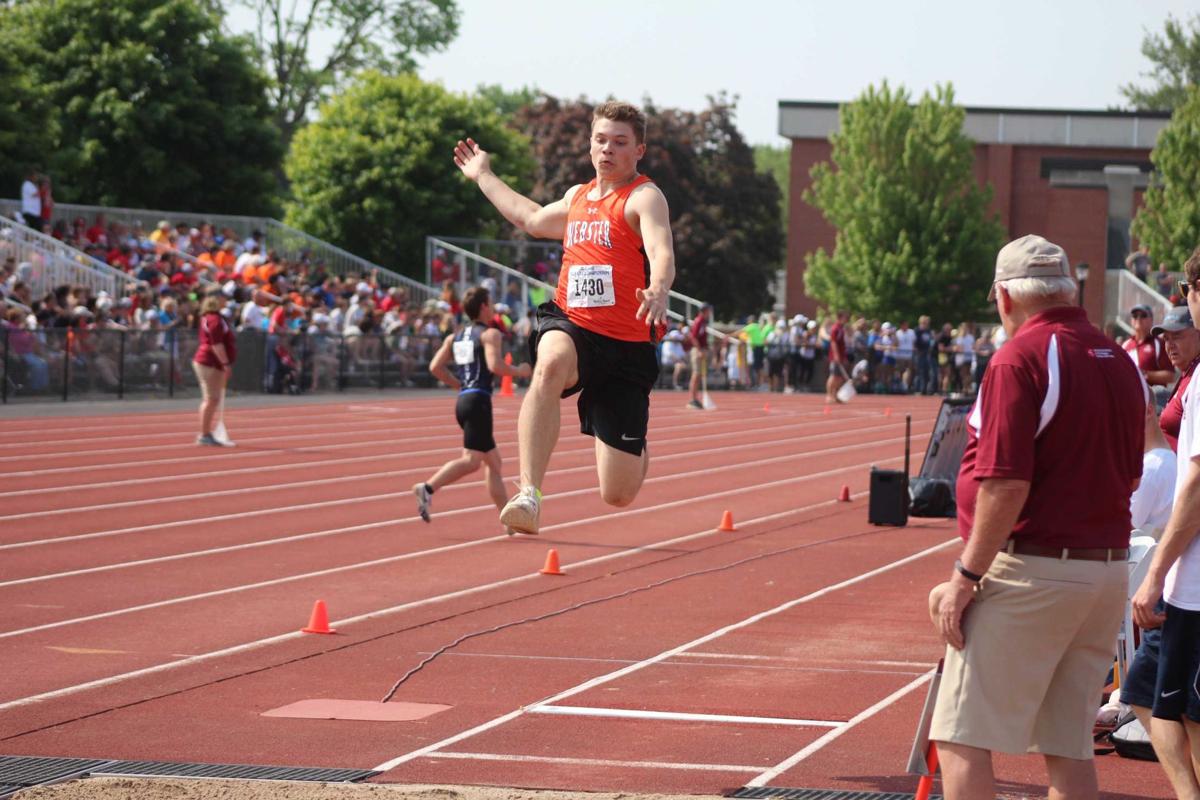 Jack Washburn competed in the long jump and took first place by 1/2” at State. 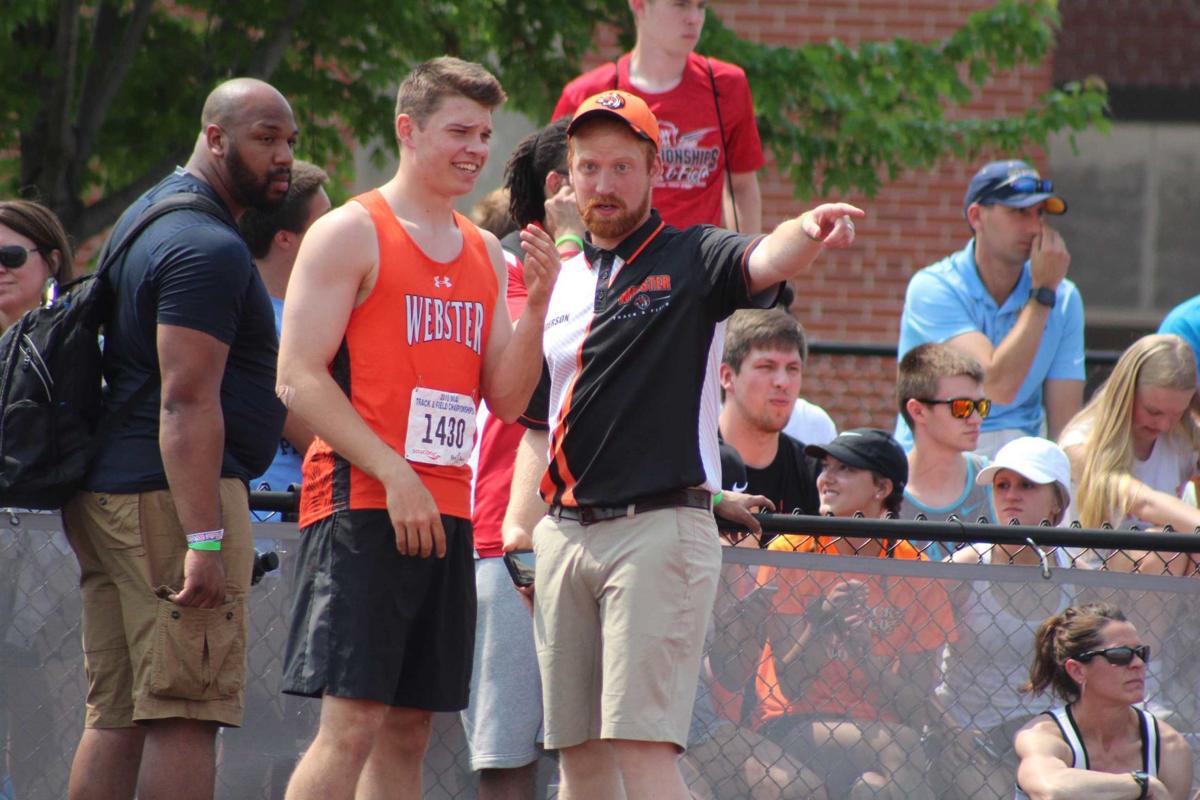 Washburn strategizes with his coach before competing.

Nate McKinley was a fierce competitor at the State competition competing in the 400m dash and taking 6th place.

Jeni Petersen tied with her personal best of 10 feet in the pole vault at state.

Webster’s Jeni Petersen competed at State in pole vaulting and finished in 6th place with a 10 foot vault.

Jack Washburn competed in the long jump and took first place by 1/2” at State.

Washburn strategizes with his coach before competing.

LaCROSSE– Those were the words from Webster track coach Max Anderson who had a number of athletes at the State Track Meet in LaCrosse last Friday and Saturday.

His athletes did well as is told in the following paragraphs.

“Congratulations to Harlo Olson, Jeni Petersen and Jack Washburn who competed down at the State track and field meet at UW La Crosse.”

“Harlo made finals in both the shot and discus with throws of 48+ feet and 141 feet. He was the top junior in Division 3 down there so him coming back with a ton of experience is exciting.”

“Jeni Petersen tied her personal best with a vault of 10 feet on her second attempt. This was good enough to get Jeni a sixth-place finish and a spot on the state podium. Jeni is also a junior so it’s pretty cool she’ll get a shot to come back next year and hopefully be healthier! We didn’t know if Jeni would even be able to vault again after the first meet when she dislocated her elbow! For her to comeback and find a way to make podium is crazy!”

“Jack Washburn made the podium in three events. He was sixth in the triple jump (41’11.75”), third in the high jump (6’4”), and with another school record jump of 21’11.25”. Jack was the State Champion in the long jump, winning by ½ an inch. We were pretty blessed to have the opportunity to work with Jack. What an amazing athlete to be a state champion and make the podium in two other events. The kid deserves all the credit in the world for picking up bits and pieces during short five-minute practices. He pretty much learned how to land in the sand pit the night before the state meet! It seems like it all paid off when he managed to squeeze out a win with such a small margin.”

“Congratulations to all these kids and to the other West Lakeland kids down there we saw.”

Says Pirate coach Brad Nelson, “We took 11 competitors to the state meet in six events. This is the largest group we’ve had in a long time, so it was really exciting for us. We had some really incredible athletes who are worked so hard this season. There were seniors making a return trip, some seniors making their first trip, and several freshmen and sophomores. It’s an incredible experience to be there and for the younger athletes, it gives them a sense of what it takes to return.”

“For the boy’s team, Nate McKinley finished sixth in the 400m dash. He has done incredibly well in this race and just barely missed making it to state last year in it. David MacKean ran a very solid 800m run but was in a densely packed race that led to a bit of tussling that disrupted a lot of finishing times. The boys 4x400m relay of Nate, David, Derek Lee, and Jared Van Watermeulen has had an incredible year, shaving significant time off at each of the Conference, Regional and Sectional meets. They placed seventh by less than half of a second. They have all done such a great job and we’re glad we’ll have Derek and Jared coming back next year.”

The girls had Allison Peterson get 11th place in the triple jump (34-1) and the 4x800 relay team of Alexis Slater, McKenzie Rombach, Kylie Robelia and Gracie Gerber finished 17th with a time of 10:42.

From Siren coach Rick Larsen, “Julia Cederberg capped off a very successful discus career at Siren High School with her second appearance at the State meet! In the past four years, Julia was second team All-Conference twice and First team once. She finished as high as eighth at State, this year 13th respectively. She has the fourth furthest throw in the history of Siren Track and ranks 15th all-time in scoring!”

“I know Julia is disappointed with her State performance, but I am very proud of everything she has accomplished in her time at SHS. As a coach, I will definitely miss her leadership and work ethic!”

“Looking back, it was unfortunate that we couldn’t host a home track meet, but with the combination of weather and an aging facility, it simply wasn’t a safe environment.”

“As for next year, overall, the 2019 Siren Track team (both girls and guys) was very young and I am excited for the future. I hope to build on our numbers, talk a few more athletes into coming out, and continue focusing on keeping track fun.”