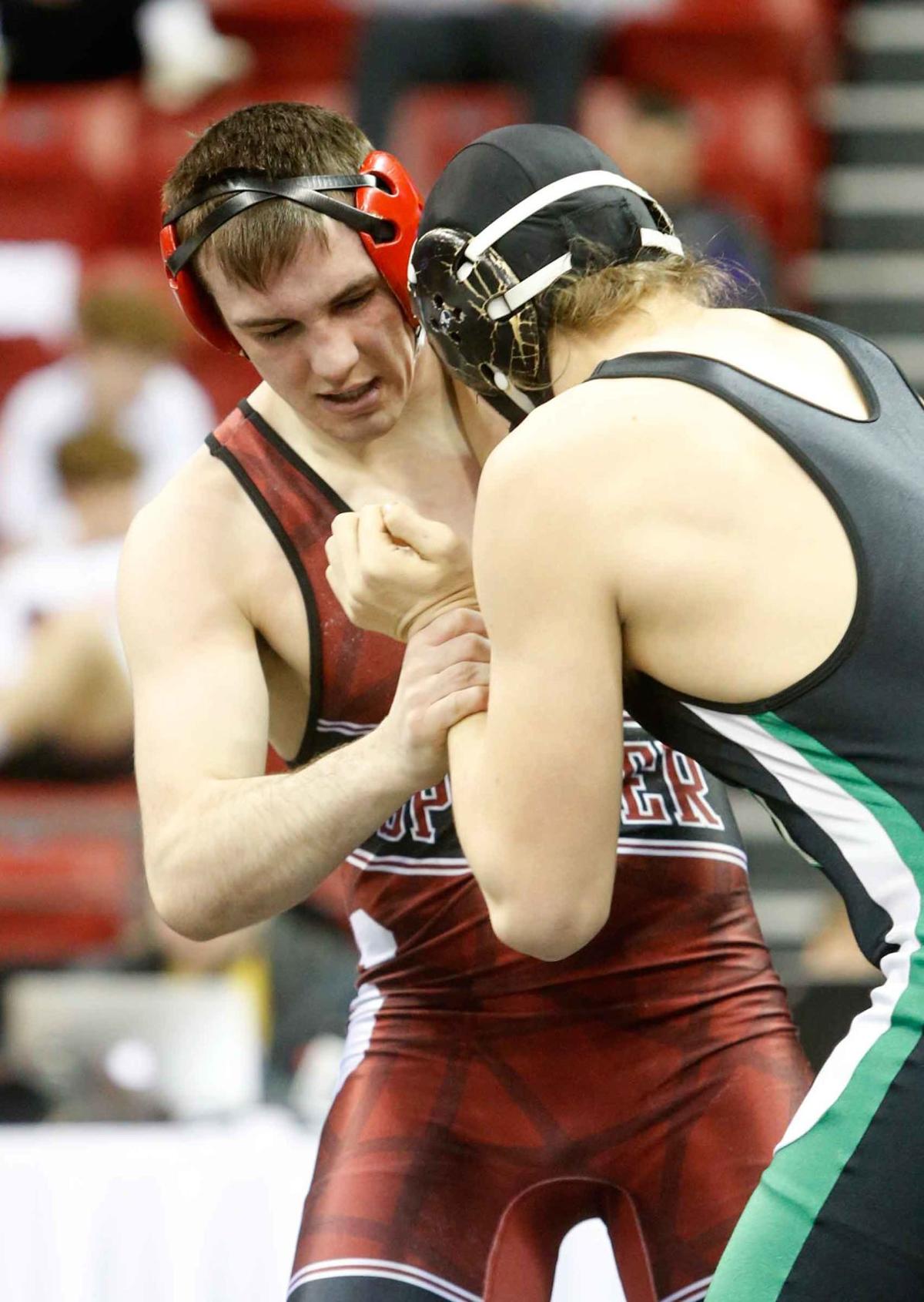 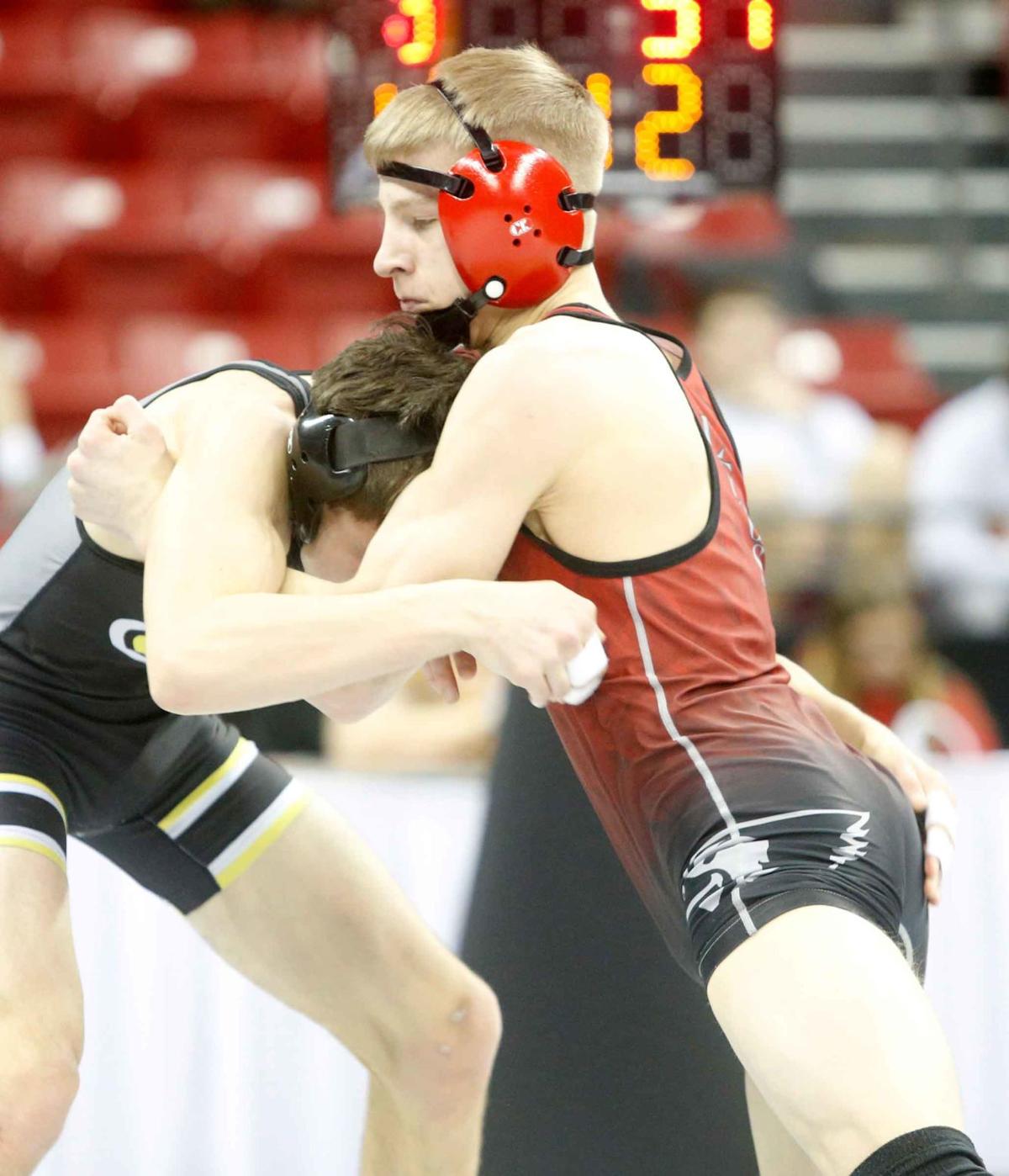 Luck/Frederic/Grantsburg/Siren's Taedon Nicols works to set up a shot against East Troy's Tommy Larson in a 120 quarterfinal at the WIAA state meet.

Luck/Frederic/Grantsburg/Siren's Taedon Nicols works to set up a shot against East Troy's Tommy Larson in a 120 quarterfinal at the WIAA state meet.

MADISON – Carter Melton and Taedon Nichols haven’t made their final push for a state title.

Both wrestlers were their given team’s lone qualifier for last weekend’s WIAA Division 2 state finals and though neither brought back a 1st-place finish, they’re still able to make a return trip in 2021.

Melton – a junior for Spooner-Webster – won one of his three matches at The Kohl Center, as did Nichols – a sophomore for LFGS.

Melton opened his state-final effort in the 182 division by earning a 10-7 win over Kade Wenninger (Tomahawk) to advance to the quarterfinal. But he was rerouted to the consolation bracket after a loss in 2 minutes, 24 seconds to Lucas Schumacher (Port Washington).

With a shot at a top-5 finish still possible, Melton faced Jacob Summers (Gale-Ettrick-Trempealeau) and was defeated in an 8-1 decision. The second loss meant an end to the season for Melton, who still has a year of eligibility remaining for the Rails.

Nichols started his tournament in the 120 division with a win by pin, in 2:42 over Tristen Gilbertson (Belmont-Platteville). But, his second-round opponent was the eventual state runner-up. Tommy Larson (East Troy) eventually advanced to the 1st-place match after a win by major decision over Nichols in the quarterfinal.

In his final match, Nichols lost by pin to Treyton Ackman (Spencer-Columbus Catholic) in 2:22. With his state-qualifying effort however, Nichols could still reach a 4-for-4 mark in reaching Madison with two years of eligibility remaining.