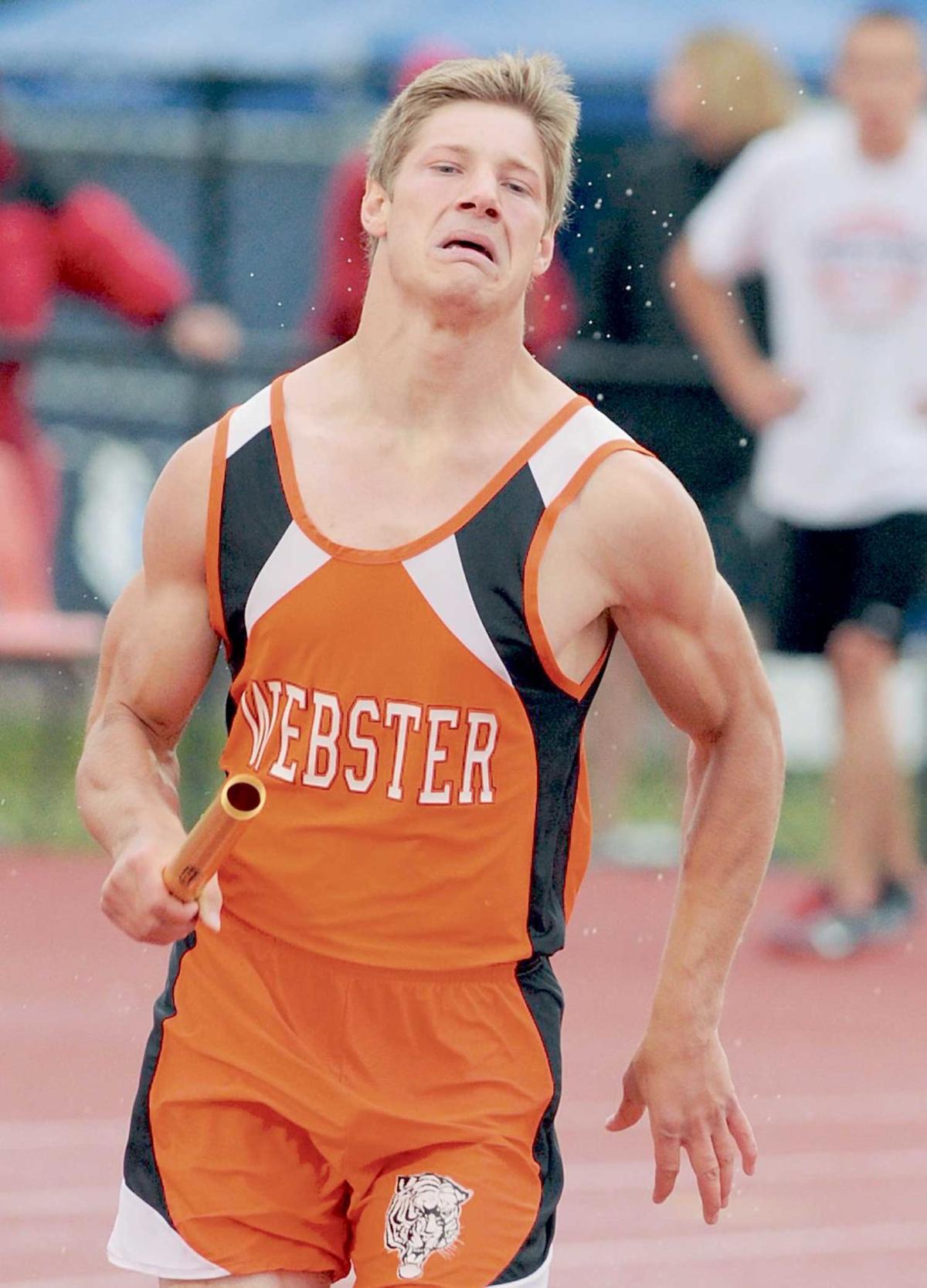 Jack Taylor stands stop the podium to receive his second place medal in the 3200 meter run.

Jack Taylor stands stop the podium to receive his second place medal in the 3200 meter run.

LA CROSSE–– It was nothing but fingernail biting at the end of the State track meet for the Webster Tiger boys. They had a lead late into this one, but a final charge by Central Wisconsin Catholic made things too close to call.

This was an exciting time, but at the end it was a tie. No one can complain about beating 146 other schools in our state.

The boys 4x400 relay which includes Dan Pope, Karl Weber, Bryan Krause and Chaz Heinz, ran a fast time, place sixth in the prelims and taking seventh in the finals with a 3:29.

In the 4x800 relay, Jack Taylor, Devin Greene, Heinz and Krause broke the school record beating the old mark by three seconds in a time of 8:06. They took a fifth place finish. Their time would have won it last year, but the other teams had a quicker day this year.

Bryan Krause proved to the fans what is meant by leaning into the finish line in the 800 meter run. His lean and tumble broke another school record that has stood since ’92 or ’93. Krause brought home a third place finish for his effort with a time of 1:57.

Taylor was just edged out of third place in the mile run. He did put in his best effort of the year with a time of 4:25.

The 3200 meter saw another Taylor personal best at 9:42, putting him on the podium with a second place finish.

Mason Kriegel was injured at the Sectional meet so he only pole vaulted 12’6”. Before the injury, he had cleared 13’6” twice this year.

At the end of the meet, when pictures were all taken, it seemed the C.W.C. school had a little more juice in the tank. They took off with the trophy to make Webster wait until another one can be made to place in the school’s trophy case back home.

For the Webster girls, the 4x200 relay team of Alyssa Main, Kendra Spurgeon, Angel Christianson and Melissa Gustavson ran as fast as they ever had, breaking the school record for a fourth time this year. But the other teams were just a little faster this time around, and the girls were unable to advance out of the preliminaries.

On a sad note, the Tiger boys head coach, Jeff Postler, is calling his head coaching days over. He has been on the track for 32 years, 13 of them as head coach. Postler will help out the program as needed.

He is and always will be a huge part in the Webster school as well as the track team.

The Luck boys finished 35th overall tied with McDonnell Central and Cameron. A.J. Walsh-Brenizer brought home an impressive fifth place finish in the pole vault with a height of 13’.

Landen Strilzuk finished tenth in the long jump with a distance of 20’ 4 3/4”. Roger Steen rounded out the points for the Cardinals with a sixth place finish in the discus with a throw of 136’ 5”.

Seth Stoner of Siren grabbed the number 11 spot with a throw of 29’4”.