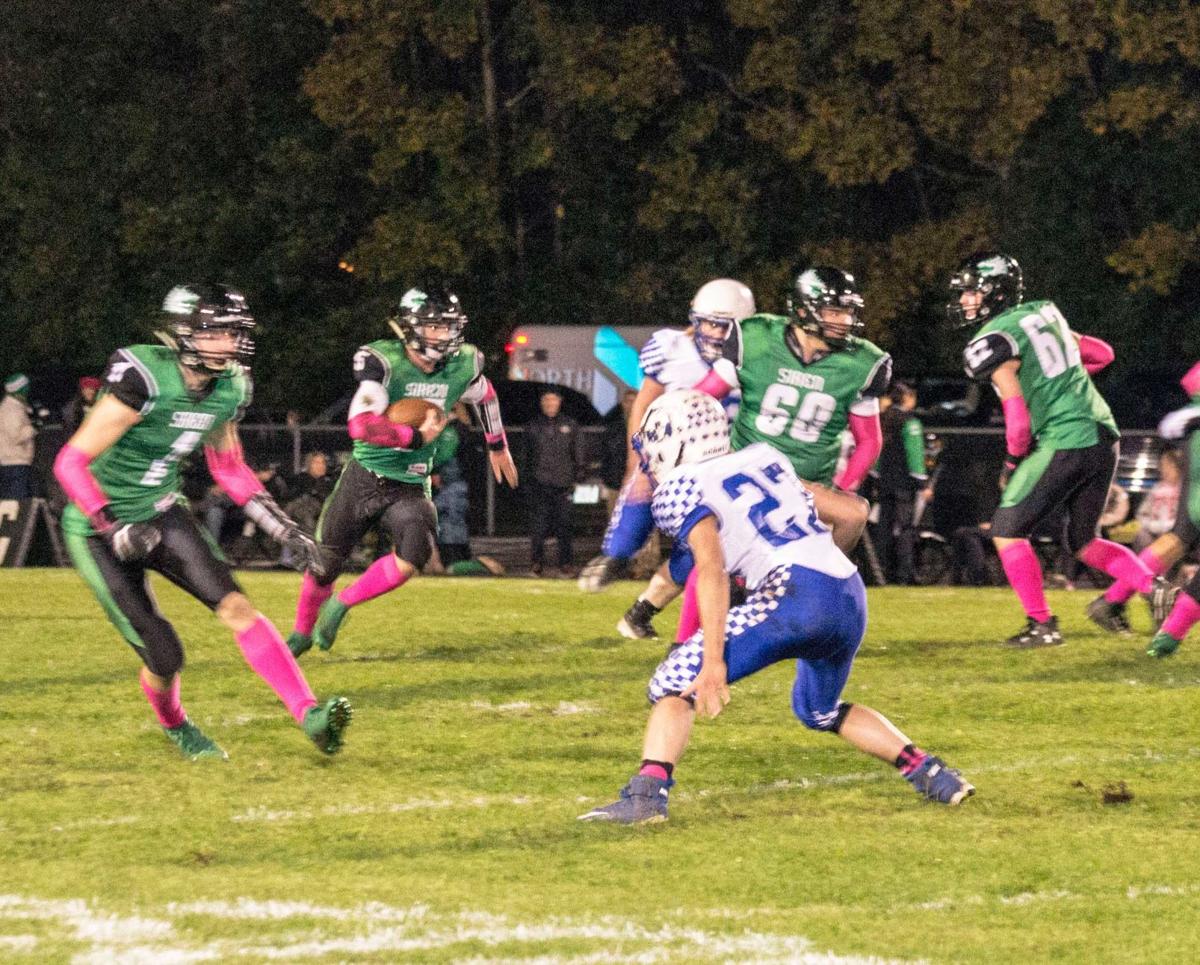 Cordell Fischer (5) carries the ball through Mellen’s defenders. Fischer put the first points on the board for the Dragons with a 62-yard touchdown run. 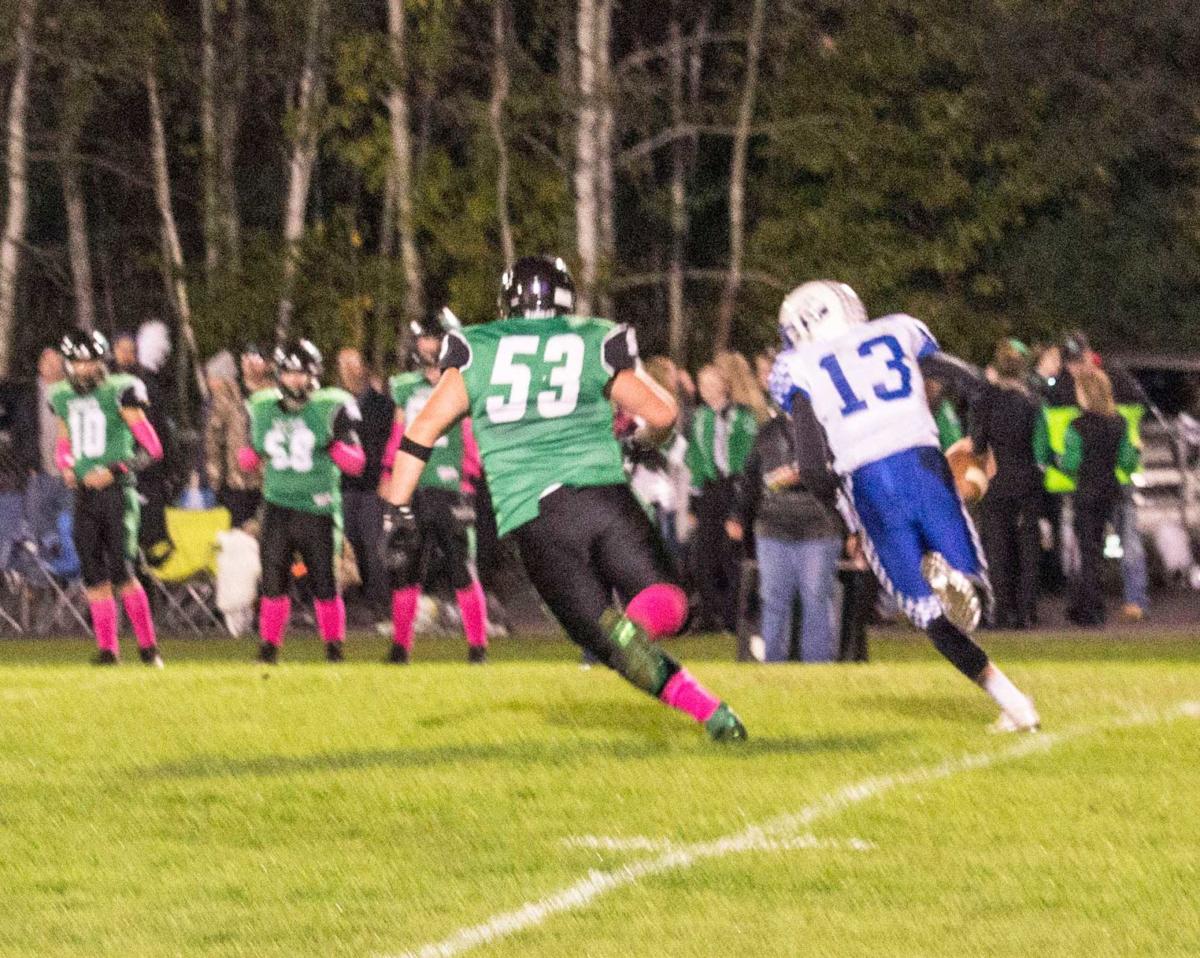 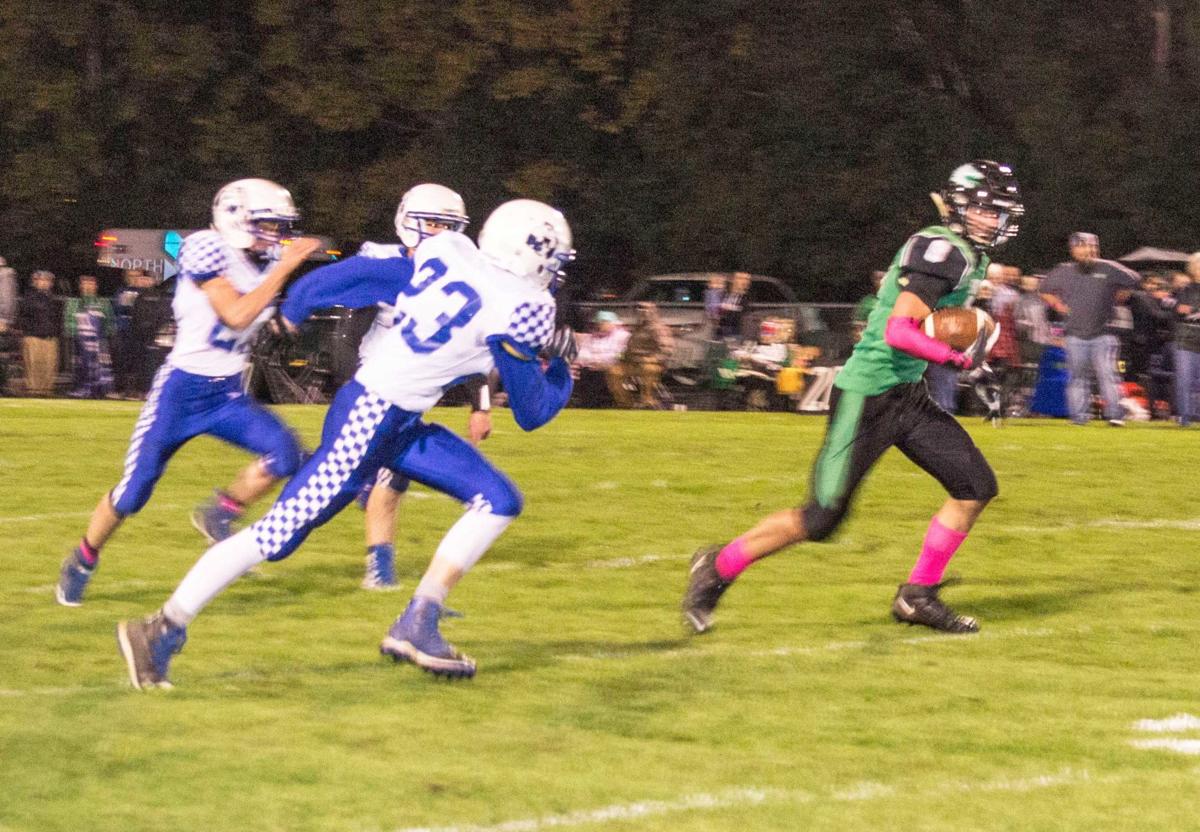 Trevor Stanford (8) avoids the Granite Digger’s defenders, running for a first down.

Cordell Fischer (5) carries the ball through Mellen’s defenders. Fischer put the first points on the board for the Dragons with a 62-yard touchdown run.

Trevor Stanford (8) avoids the Granite Digger’s defenders, running for a first down.

Last season, the running back for the Siren football team rushed for an 8-player school-record total of 353 yards against Mellen and it did only slightly better in trying to stop Fischer on Friday. He rushed for 344 yards and four touchdowns on 29 carries to lead the Dragons to a 50-22 win at home.

According to Siren coach Ryan Karsten, the Granite Diggers could very well have been subject to another school-record run total this season, if not for an early exit and effectiveness with the pass.

“Cordell played only about 65 percent of the game, otherwise he would have had more yards,” Karsten said. “He had a great game running the ball and if he didn’t miss a game earlier this year due to sickness, he may be leading the state in rushing.”

Webster and Trevor Stanford then connected on a 5-yard touchdown pass and with less than a minute remaining in the half, Fischer scored on a 2-yard touchdown run to put the Dragons up 30-6 entering the break.

“The offensive line made some great holes to run through and with our senior quarterback Jordan Webster out with an injury, our focus was to run the ball this week and get our freshman quarterback comfortable.”

After Fischer broke loose for a 47-yard touchdown run early in the second half, Webster again found Richter, this time for a 4-yard touchdown pass to make it a 44-6 game entering the fourth quarter. While Mellen was able to add a pair of late touchdowns and 2-point conversions, the Dragons also posted more points with a 40-yard touchdown pass from Webster to Zayden Anderson.

Fischer’s game total from Friday put him fourth in the state with 1,181 rushing yards and though he sat for more than a quarter of the game, the Siren offense still had plenty of scoring with its pass game. Webster was 18-for-26 for 244 yards passing and Stanford caught 11 of those attempts to total 115 yards. Anderson had two catches for 62 yards and Richter had five catches for 52 yards.

Taedon Nichols and Gavyn Anton led the Siren defense with 11 tackles each; Anderson and Stanford had interceptions and Riley Churchill forced a fumble.

Siren improved to 5-2 overall and 3-1 in the Lakeland North; the Dragons play at Winter-Birchwood this Friday.