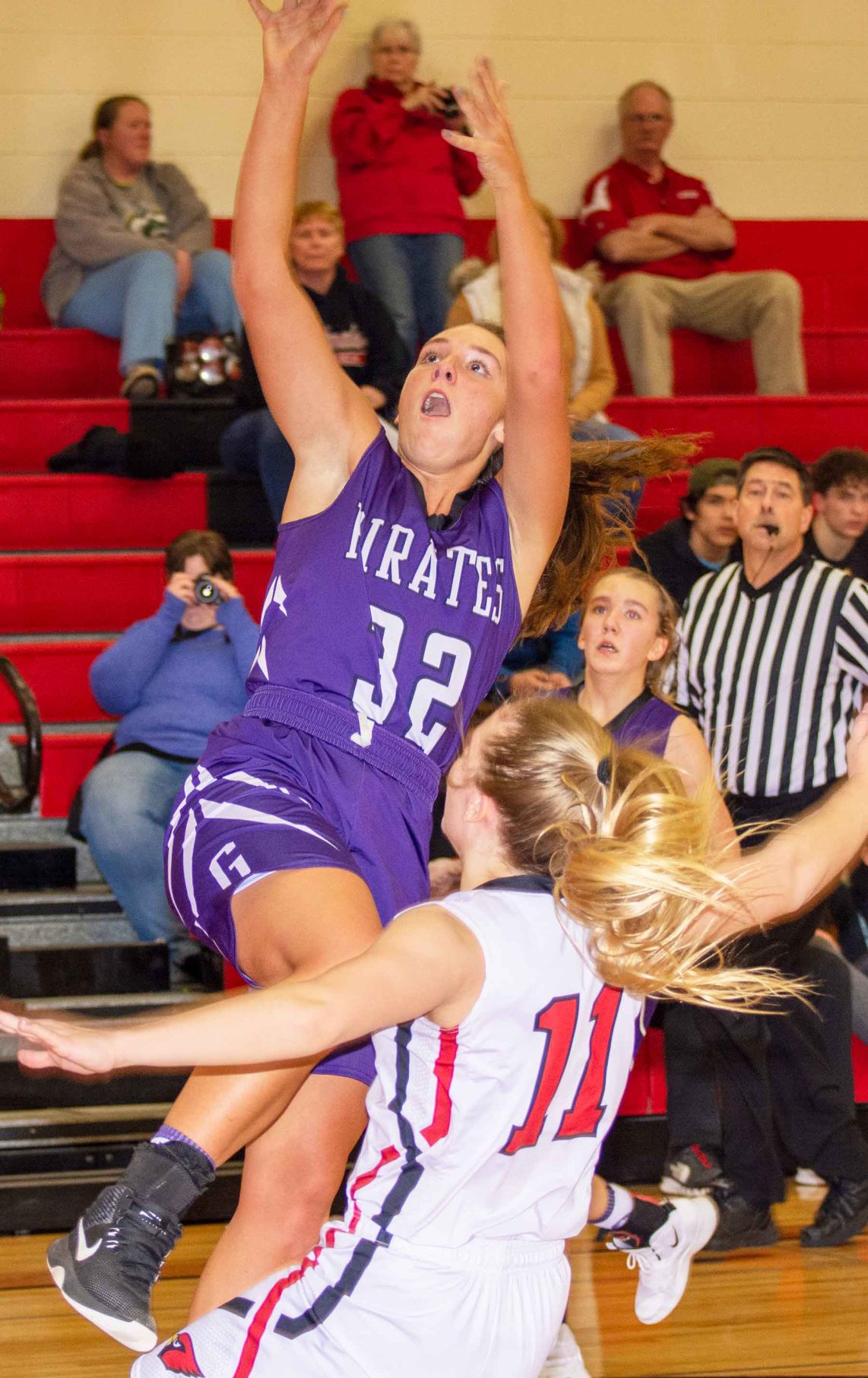 Grantsburg’s Brooke Quimby takes it in for an easy layup against the Cardinals on Friday night. 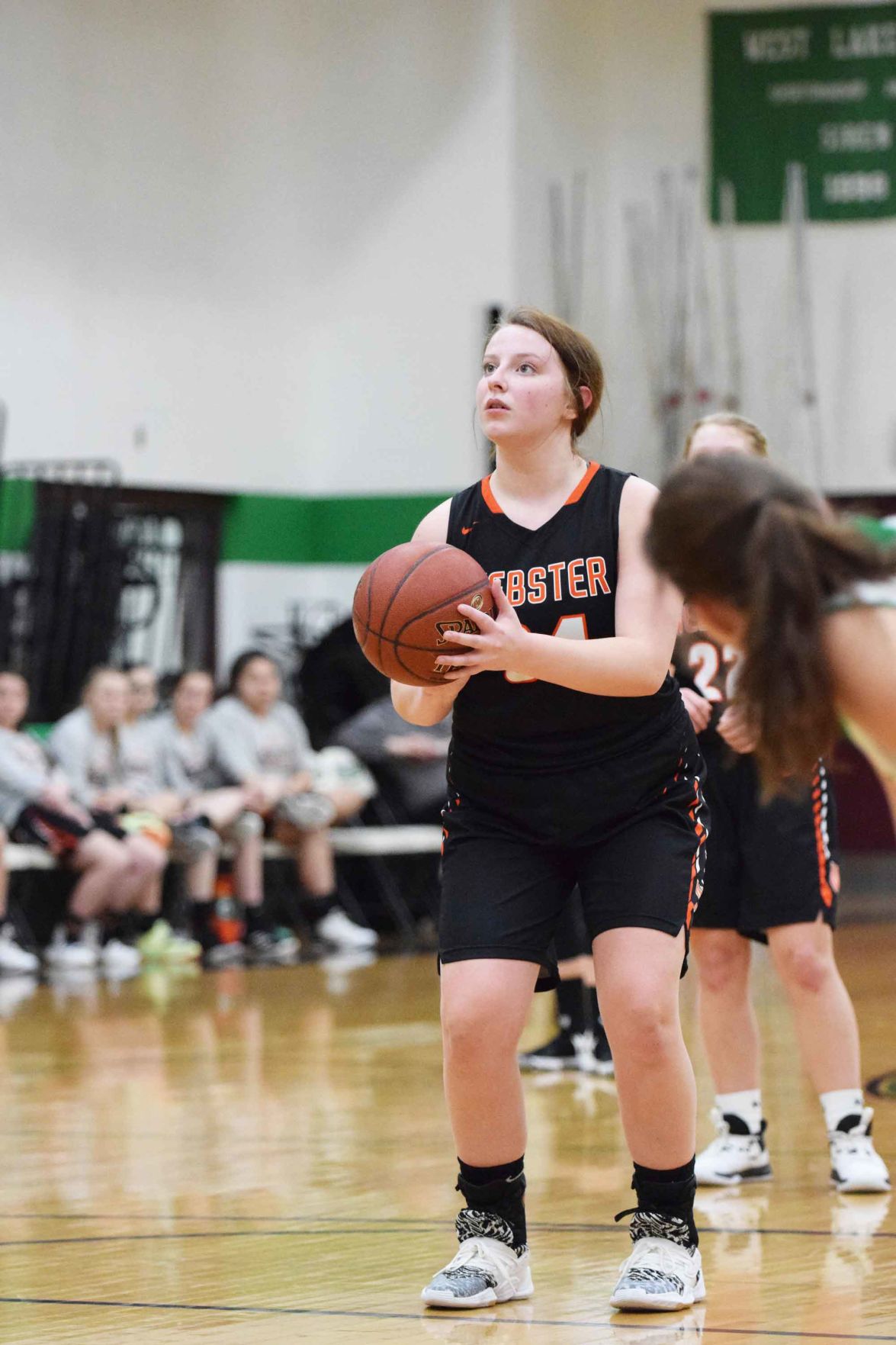 Webster’s Morgan Mulroy takes a shot from the free throw line against the Siren Dragons.

Grantsburg’s Brooke Quimby takes it in for an easy layup against the Cardinals on Friday night.

Webster’s Morgan Mulroy takes a shot from the free throw line against the Siren Dragons.

SIREN – After a lengthy drought in Lakeland West competition, the Siren girls basketball team has moved-on to larger tasks.

The Dragons won their first in-conference matchup in over a year earlier this season and are now a game within a .500 Lakeland West record after earning another. Lindsay Liljenberg and Hannah Lemieux led them to a 60-46 home win over Webster on Friday, improving to 2-3 in the conference and 7-3 record overall with their fifth consecutive victory.

Liljenberg nearly outscored the Tigers on her own in the first half, where she scored 16 of her game-high 22 points. Lemieux added seven first-half points and the Dragons took a 34-17 lead into halftime.

Webster fared better from the floor in the second half with Hannah McDowell scoring 10 of her team-high 18 points while Grace McCool added nine and Brooke Hetfeld added eight in the game. But, Siren didn’t relinquish the lead.

The Tigers dropped to 1-3 in the conference and 2-8 overall on the season; they play at Frederic this Friday and host Grantsburg on Tuesday.

Siren earned its fourth consecutive win three days earlier at Drummond. The Dragons allowed only seven first-half points and had eight players score in a 41-36 win.

Siren hosts Bruce on Thursday and Frederic on Tuesday.

The Pirates stretched their win streak to three games on Jan. 7, but had it ended with a loss to Luck on Friday.

Grantsburg earned a 57-31 win over Clayton to improve its overall season record to 4-4 and a win on Friday would have been the first in Lakeland West competition this season. Brooke Quimby scored all 17 of her team-high points in the second half though Luck still finished with the 60-47 win.

Olivia Ohnstad led the Pirates in the first half with eight points and added six more in the second half while Quimby led the way, making three 3-pointers after halftime. However, the Cardinals’ Grace Thoreson scored 19 of her game-high 26 points in the second half to help keep Luck in the lead.

Caitlyn Lee added six points for Grantsburg, which dropped to 4-5 overall on the season.

The Pirates start a busy four-day stretch this Friday, playing at Unity before going to Amery on Monday and Webster on Tuesday.