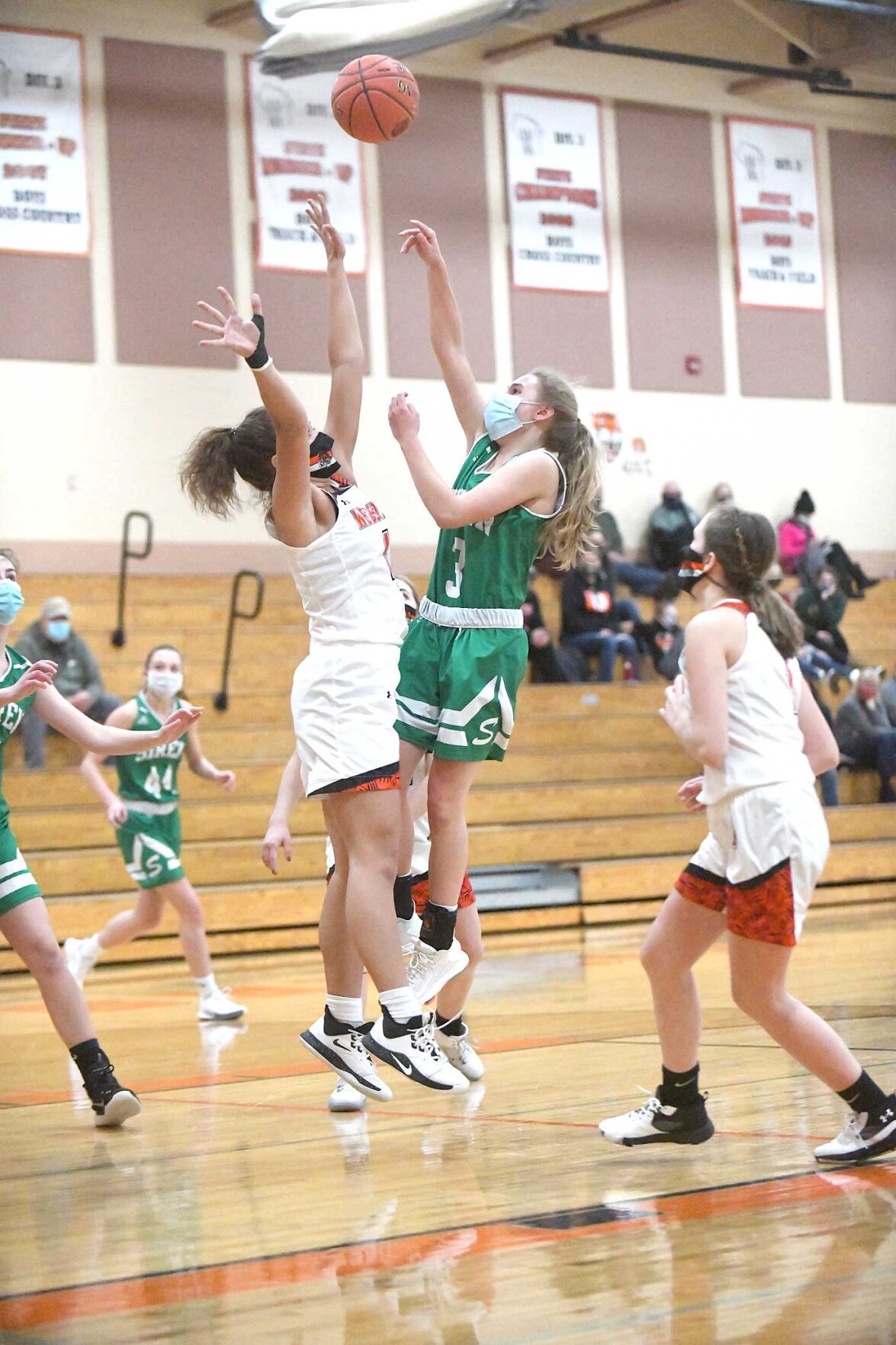 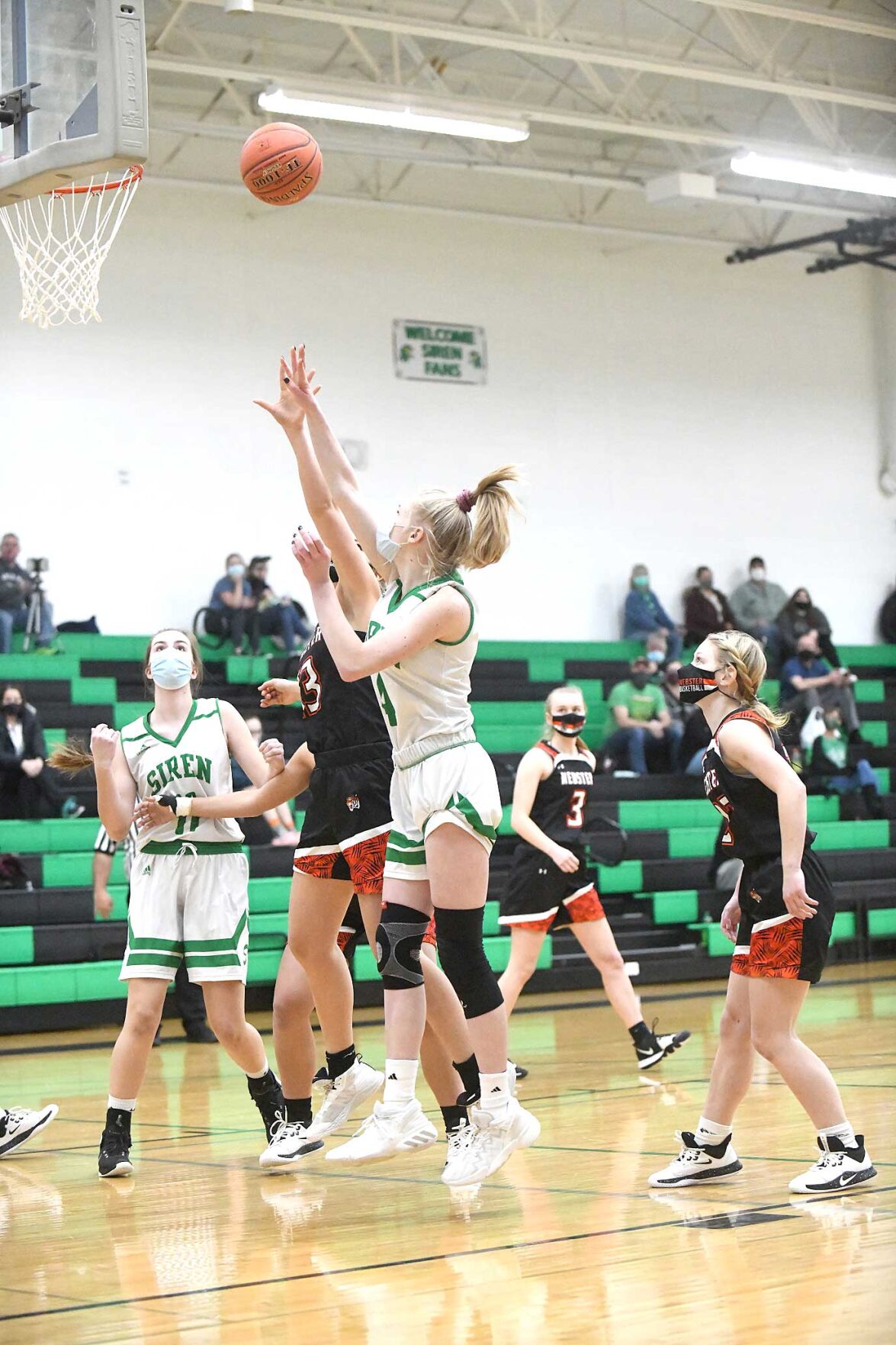 Siren’s Vinni Rightman with the layup against Webster Monday night.

Siren’s Vinni Rightman with the layup against Webster Monday night.

The Siren Dragons are on a hot streak, undefeated in conference play they beat the Webster Tigers 61-48 last week and again 62-54 on Monday night. They play Birchwood Tuesday night, which will be their fourth game in six days.

Head Coach Ryan Karsten said one of the keys would be to stay mentally sharp during this stretch.

“It should be a great test for us. We are in the long part of the season, and each team struggles with mental ability at this point of the season,” Karsten said.

He said the team shooting and defensive pressure is what lead them to victory against Webster.

“We shot the ball well and caused enough pressure to keep them off guard. We hit some shots early and got to play with the lead,” Karsten said.

He added that Brooke Hetfeld for the Tigers is a great rebounder and rebounding was key for the win.

“Rebounding was key, they have a great rebounder, Brooke and it takes a team effort to rebound with her on the floor.”

Karsten knows Webster will make their adjustments. He said Monday night should be a great game.

The schedule does not get any easier. Siren will head to Unity on Friday night.

“Unity is an entire different beast. They are ranked in state, have one of the best scorers in the state, have a great senior class, and are well coached,” Karsten said. They have proven throughout this year, they are the real deal. With that being said, we will have a plan and a couple of days to get ready, so we will be excited to hit the floor Friday night. It will be a great test for my team. It is great to play great teams. It shows us what our make up is and where we need to improve.”

Karsten said the team has three goals – stay healthy, show up and compete each night and do your best each night.

“If we can continue to do those 3 things, it will be a successful 2nd half of the season regardless of what the scoreboard says.”