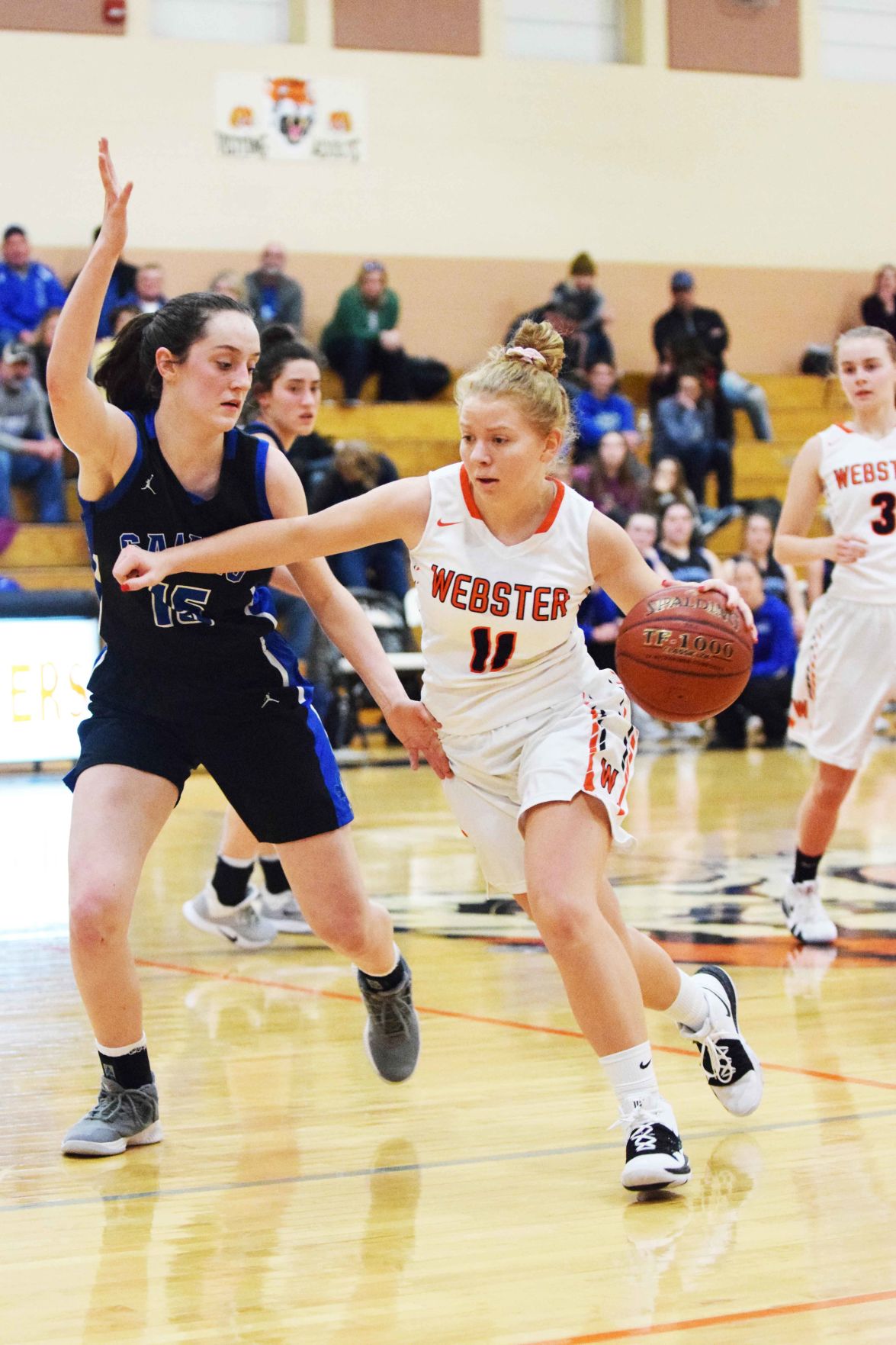 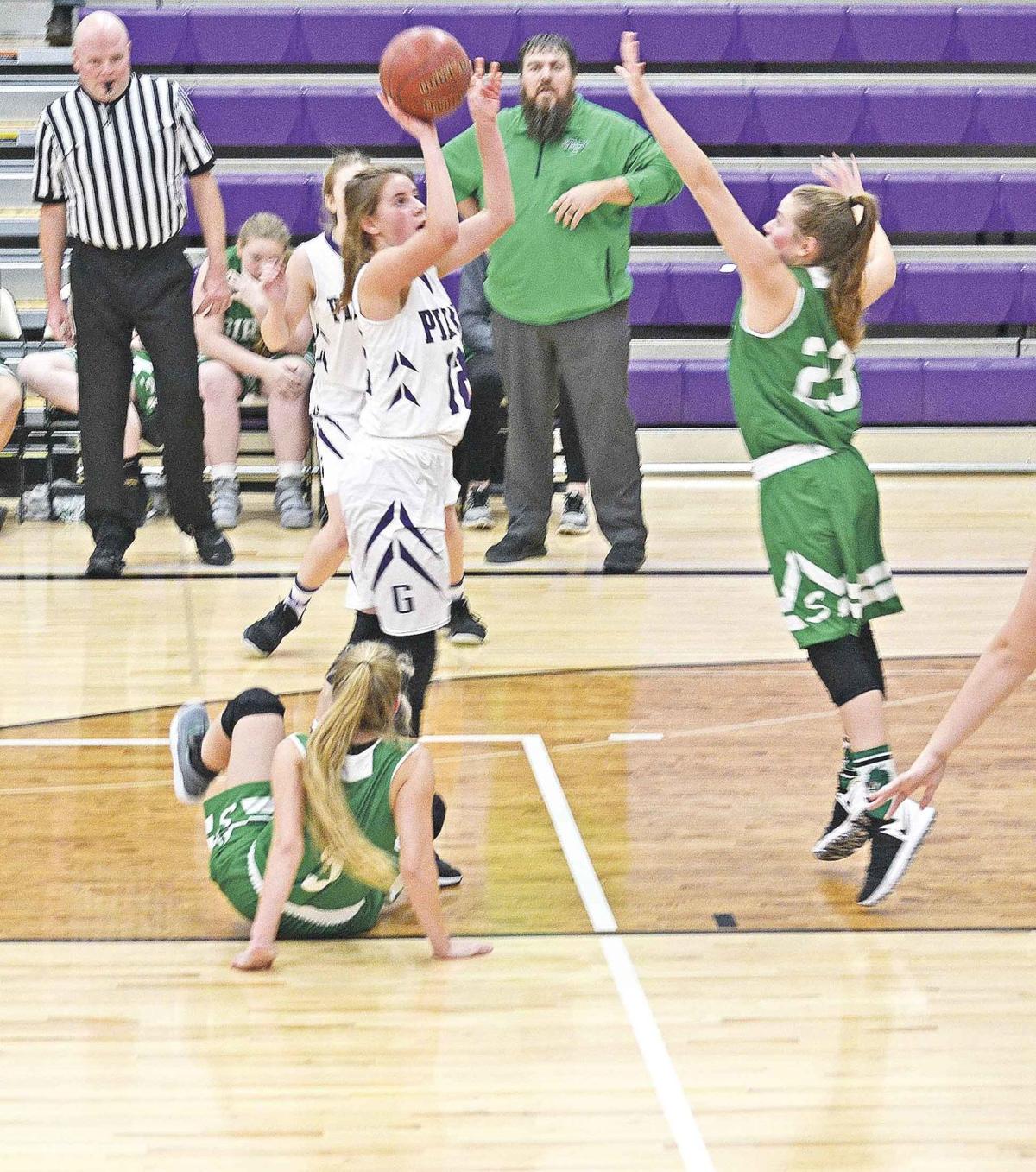 Olivia Ohnstad shoots for the hoop as Dragons’ Hannah Lemieux tries to block the shot. 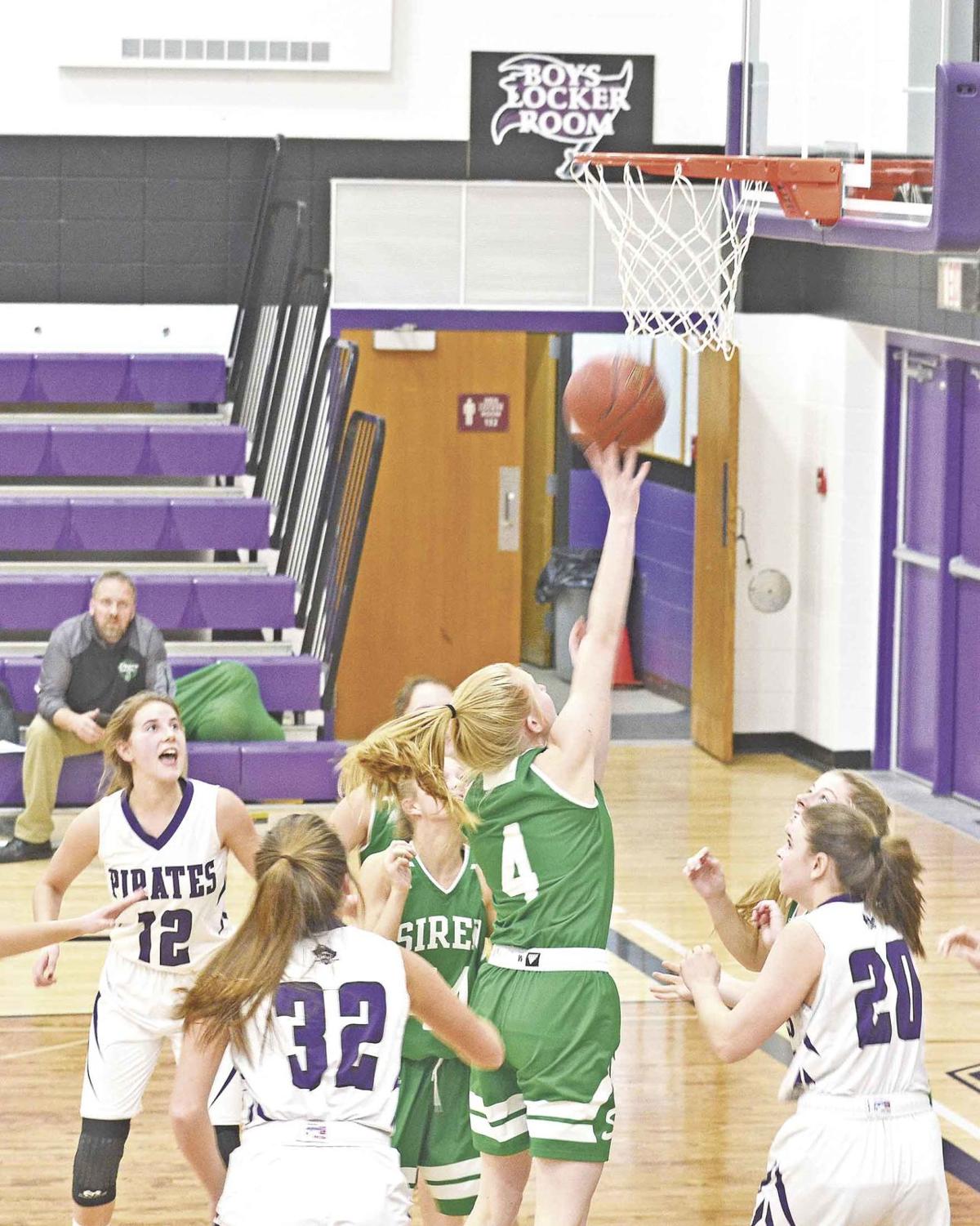 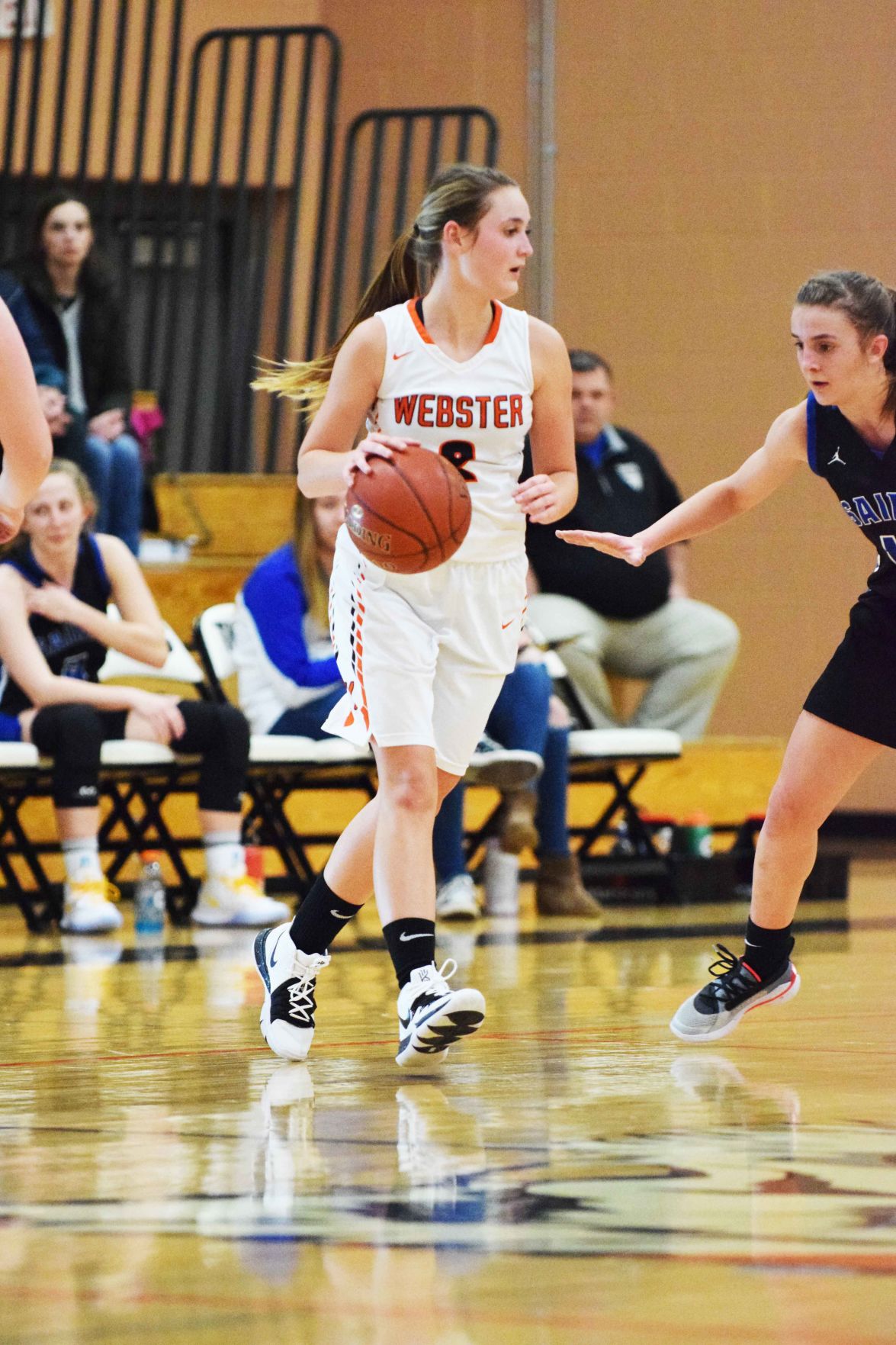 Olivia Ohnstad shoots for the hoop as Dragons’ Hannah Lemieux tries to block the shot.

SIREN – Not only was a win streak started, but a lengthy skid was stopped.

The Siren girls basketball team enters 2020 with on its second two-game win streak of the season and it started with a 53-39 win over Grantsburg, which stopped a multi-year win drought in the Lakeland West.

The Dragons were on a 15-game conference losing streak dating back to the 2017-2018 season before earning the road win on Dec. 17. And three of those losses were earlier this month, following back-to-back wins to start the season.

“I’d wished for a conference win (before Christmas) but didn’t expect one,” Siren coach Ryan Karsten said. “It was nice to finally get one, especially after two close (conference) losses earlier this season.”

Siren lost by a point to Luck and by four points to Frederic in their first two Lakeland West games before taking a 25-point loss from St. Croix Falls. But, the Dragons outscored the Pirates 34-20 in the second half to earn that elusive win.

The Dragons broke a 19-19 tie to start the second half with long-distance shooting. A trio of 3-pointers gave them a double-digit lead that they maintained for most of the second half.

“Maddy Nichols had a couple of big 3-pointers,” Karsten said. “She was the key to that run. (Hannah) Lemieux added another, which gave us control of the game.”

“It easily could have been 20 points, if we hit free throws,” Karsten said of the Dragons’ advantage at the end of the game. “Once (Turtle Lake) got in foul trouble, we were in the double bonus and kept the lead around 10 for most of the half.”

Liljenberg had 14 points and Nichols finished with 10.

The Dragons improved to 4-3 overall with the wins and they next face Solon Springs on Jan. 3.

The Pirates followed their loss to Siren with a win over Spooner on Friday.

Olivia Ohnstad scored a career-high 31 points and single-handedly outscored the Rails in Grantsburg’s 58-28 win. Brooke Quimby added 15 points for the Pirates, who ended a three-game skid with the win.

Grantsburg improved to 2-4 overall and starts 2020 with three consecutive road games. The Pirates play at Mellen on Jan. 3 and at Clayton on Jan. 7, before taking another shot at their first Lakeland West win of the season at Luck on Jan. 10.

The Tigers got back into the win column in their final game of December.

They outscored Bruce 19-7 at the free throw line in a 38-29 win on Thursday. Brooke Hetfeld had a game-high 15 points and 17 rebounds; Hannah McDowell had 11 points and 10 rebounds and Jenna Gomulak had 10 points.

Webster also held a 42-25 advantage in rebounding, which helped counter its 8-for-43 shooting performance from the floor.

The Tigers faced a more efficient offense on Dec. 17 and finished with a 53-19 loss to St. Croix Falls.

Emily McCurdy scored a game-high 19 points for the Saints, who limited the Tigers to 10 points in the first half and allowed only Hetfeld to score more than one basket before halftime for the Tigers. St. Croix Falls took a 23-10 lead into the break and kept adding to its lead with 3-pointers and free throws in the second half.

The Saints scored as many points at the free throw line (9) in the second half as Webster totaled in the half (9). McDowell led the Tigers with seven points; Hetfeld had five.

Webster holds a 2-6 overall record heading into a Jan. 3 matchup at home with Birchwood.