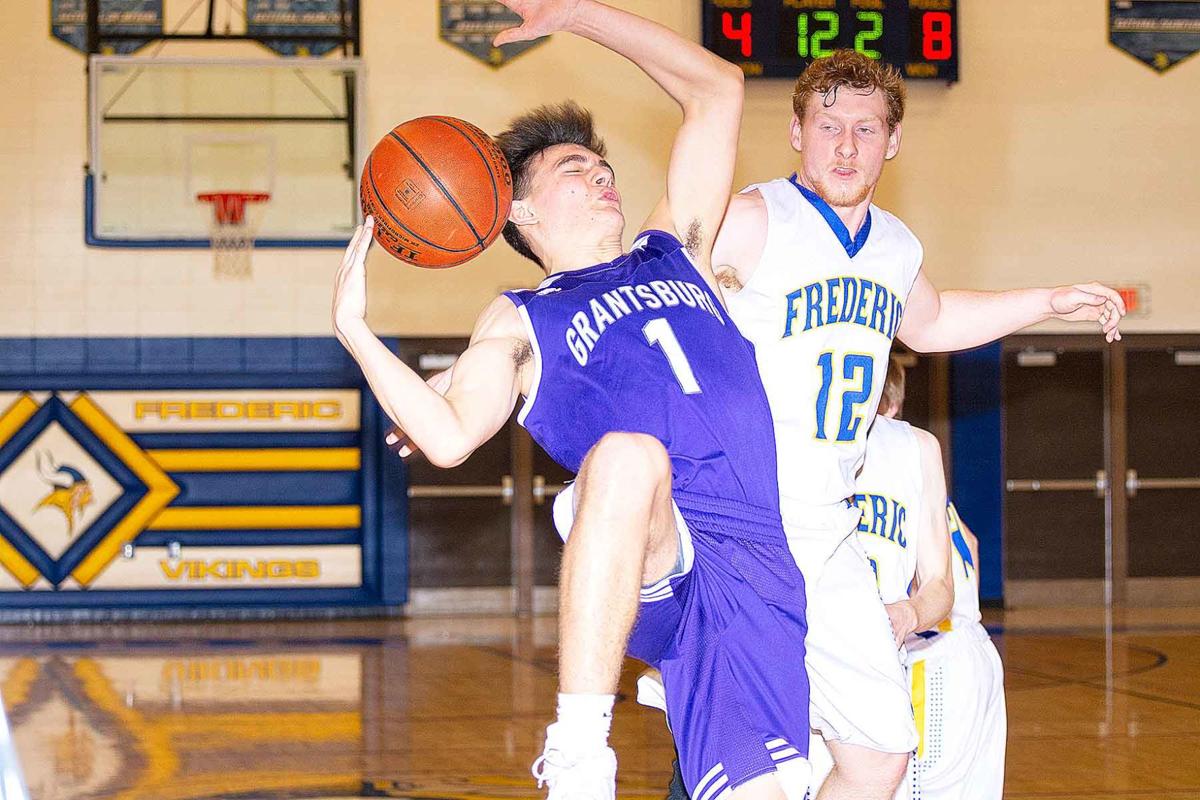 Grantsburg's Sterling McKinley is fouled hard as he went in for a layup during Friday's win over the Vikings. 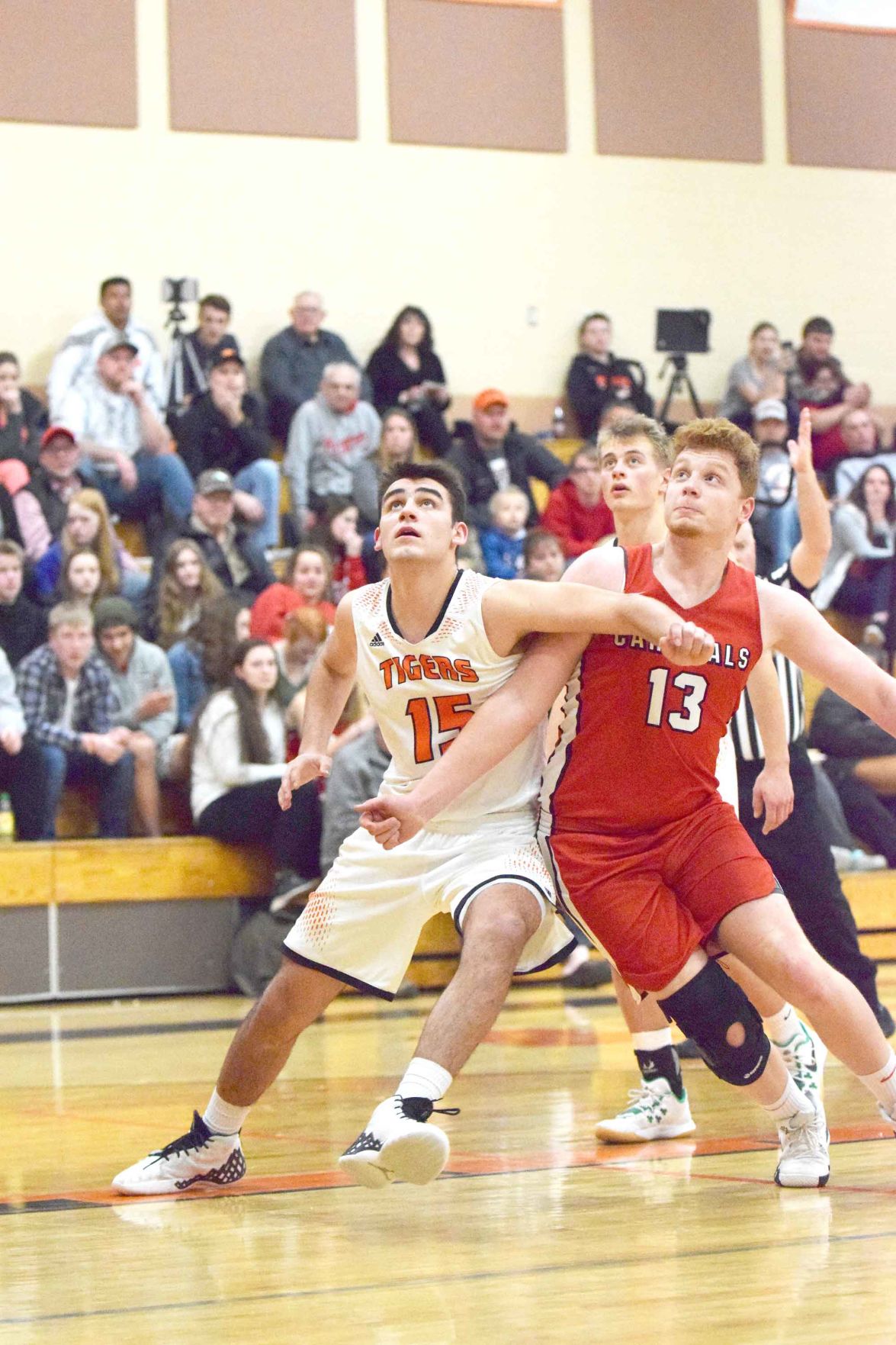 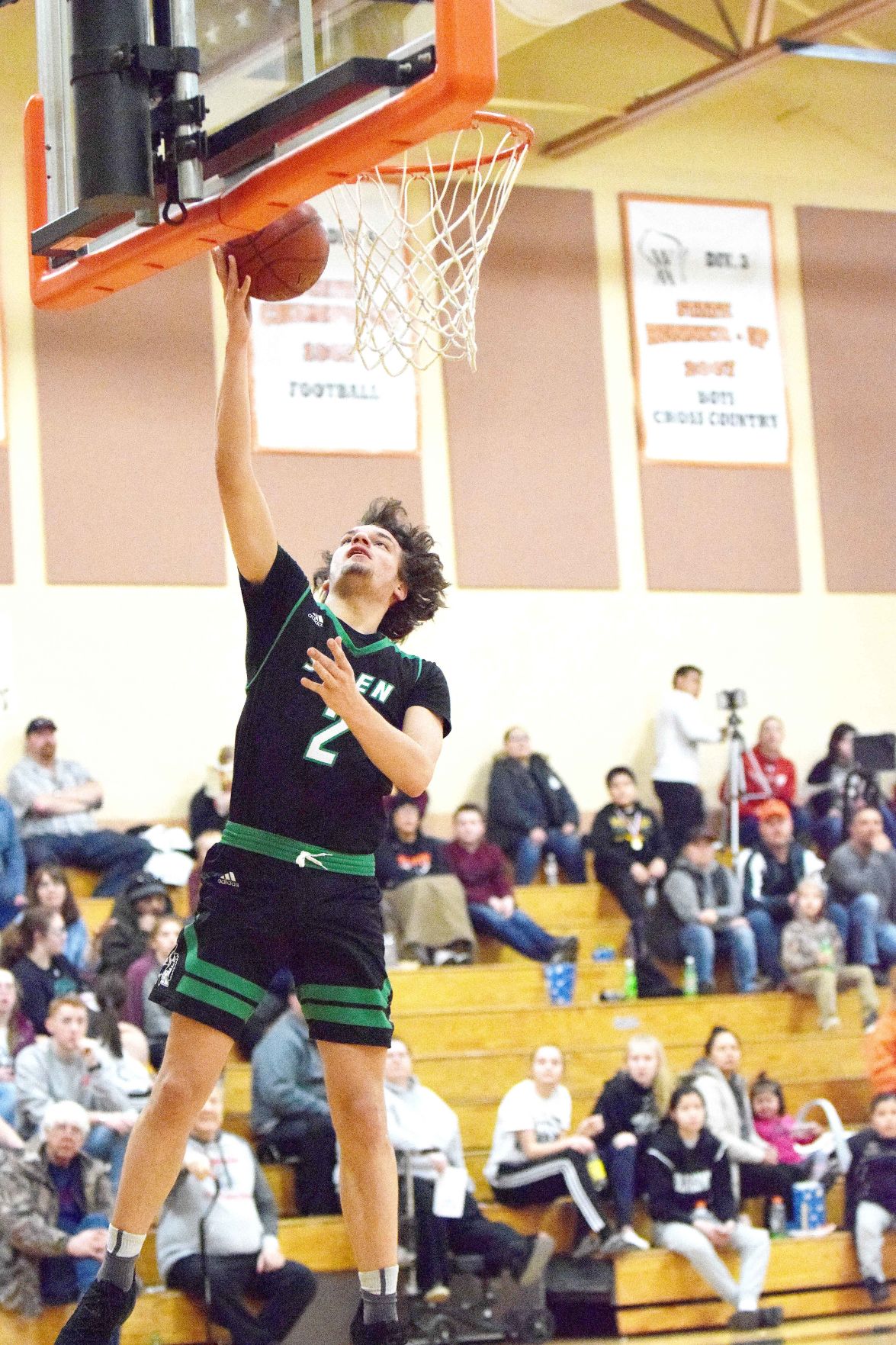 Grantsburg's Sterling McKinley is fouled hard as he went in for a layup during Friday's win over the Vikings.

GRANTSBURG – The Grantsburg boys basketball team did its part to make the Lakeland West a four-team race entering the final weeks of the regular season.

With wins over Luck and Frederic last week, the Pirates moved within a game of the conference lead. Luck and Unity entered the week with 7-2 in-conference marks while Grantsburg (7-3) was a game ahead of St. Croix Falls (6-3), leaving the four teams little room for error as the postseason approaches.

The Pirates helped keep it a four-team race on Feb. 4, with their 59-48 win at home over the Cardinals. Jared VanWatermeulen led the team with 17 points and 12 rebounds while Gus Bergman had 15 points and 11 rebounds; both helped the Pirates get out to an early lead.

VanWatermeulen and Bergman scored the first four points of an 8-0 run to start the game. The Pirates eventually took a 20-5 lead and maintained a double-digit advantage for most of the half. A 6-0 run to close the half put them up 35-19 entering halftime.

But, the Cardinals started the second half with an 11-3 run and were on the verge of pulling within a possession before a 3-pointer from Sterling McKinley gave the Pirates a 41-30 lead. Grantsburg managed to answer each of Luck’s runs in the second half to keep its lead around 10 points for the remainder and give the Cardinals their second in-conference loss of the season.

The Pirates added their second conference win in a row on Friday with a 67-42 decision at Frederic. Knutson had a game-high 15 points and McKinley added 14 in the win.

Knutson and Austin Wedin handled a bulk of the scoring in the first half with both scoring 10 points; Wedin’s total included a pair of 3-pointers. Logan Lillehaug scored nine points in the first half for the Vikings, though the Pirates still took a 29-19 lead into the break.

McKinley then assumed the lead for long-range shooting, sinking three 3-pointers and totaling 12 points in the second half. Meanwhile, the Pirates’ defense limited Lillehaug to just two points after halftime. Adam Dreier tried to pickup the slack for Frederic by scoring 12 of his team-high 14 points in the second half, but it was not enough to keep pace with the Pirates.

Wedin finished with 12 points for Grantsburg; Bergman had 11 and VanWatermeulen added nine.

The Pirates entered the week with just two conference games remaining, both against one of those teams they’re battling with for the top spot.

“We have two games left, both against Unity,” Grantsburg coach Nick Hallberg said. “If we win them both, we maybe will have done enough to have a piece of the title. All we can control is how we play and the rest will take care of itself.”

Grantsburg started the week with an 11-6 overall record and its second of two games against Unity is this Friday on the road.

The Tigers recovered from an early-week loss to Frederic by getting a home win over Siren on Feb. 4, though Luck prevented them from reaching consecutive wins on Thursday.

Tallon Parent led four Webster players in double-digit point totals with 16, while Tanner Pardun, Coleton Peterson and Harlo Olson had 11 points each in the team’s 62-40 win over the Dragons. The Tigers were just 3-for-15 from 3-point range but scored 11 points at the free throw line.

Peterson had 21 points to lead the Tigers on Thursday, but 26 points from Jensen and 21 from Johansen led Luck to the 64-59 win.

Webster got out to a 7-0 lead to start the game and a 12-0 run later in the half gave it a 27-10 lead. A 7-2 run by Luck to end the half left the Tigers with a 12-point lead entering halftime. The Tigers also helped their cause with a 5-0 run to start the second half but an 11-1 run by the Cardinals trimmed Webster’s lead to single digits.

A 6-0 run by the Cardinals late in the half gave them their first lead at 48-47 with less than four minutes remaining in regulation. In the final minute, the Cardinals missed a chance to reclaim the lead by making just one of two free throws and a 3-pointer from Stenberg gave the Tigers a 52-49 lead with seconds remaining.

However, Johansen hit a 3-pointer for Luck to tie the game at 52-52 and force overtime, where a pair of 3-pointers from Carsen Eley and four late free throws gave Luck the win.

Washburn finished with 14 points for Webster while Stenberg had 11 and Parent added 10. The Tigers moved to 3-7 in the conference and 8-9 overall heading into a home game against Unity this Thursday.

Following their 22-point loss to Webster earlier in the week, the Dragons had an even tougher time with St. Croix Falls on Friday.

Declan Greenquist led four double-digit scorers for St. Croix Falls with 23 points in the Saints’ 97-56 win over Siren. The Saints made 10 of their 17 3-point attempts and more than doubled Siren’s first-half scoring total to take a 56-23 lead into the break.

The loss dropped Siren to 2-9 in the conference and 5-12 overall; the Dragons play at Luck this Friday and at Birchwood on Monday.