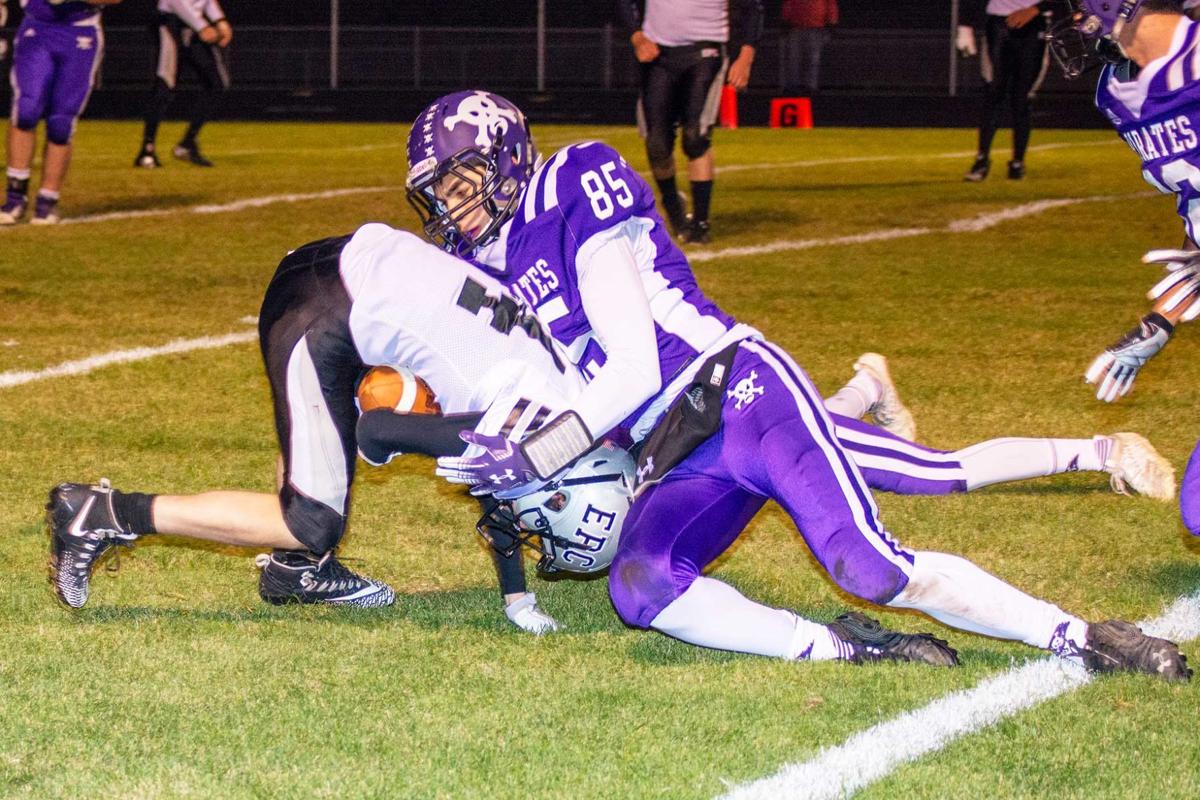 Grantsburg's Derek Lee (85) takes down a Wolves receiver during the Pirates' Homecoming win. 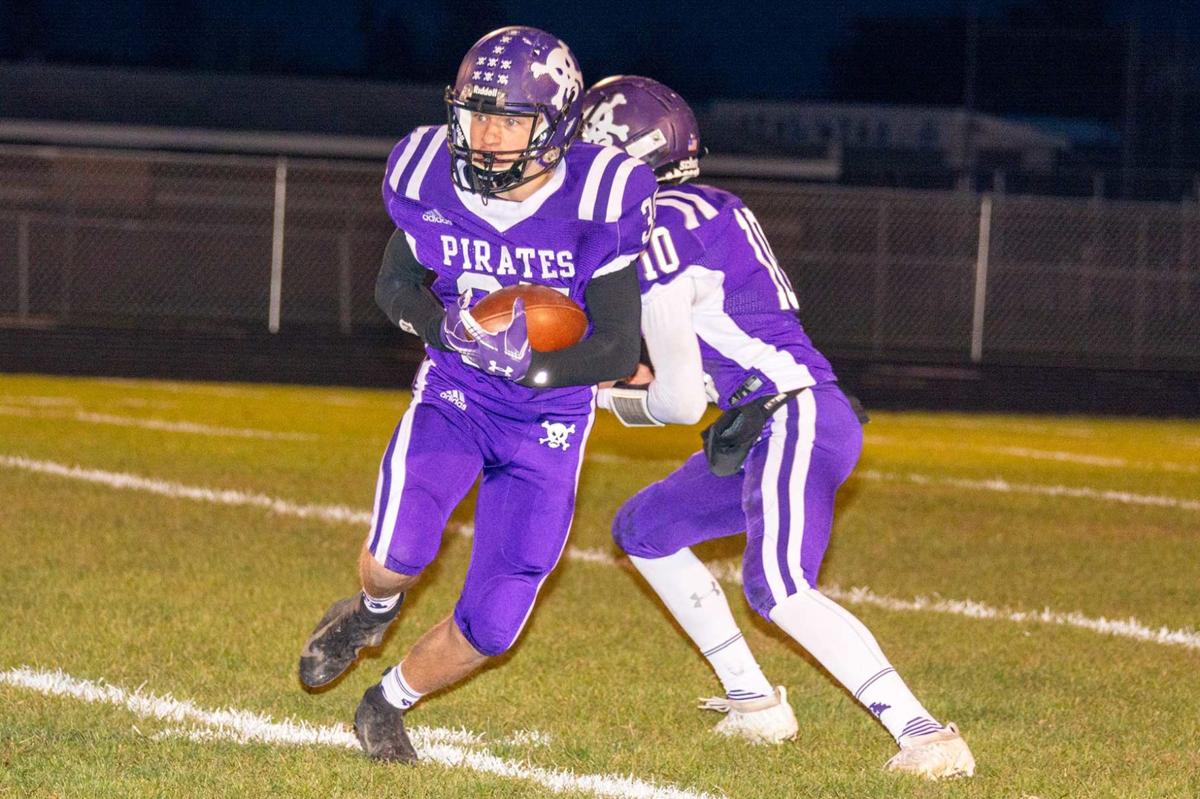 Grantsburg's Derek Lee (85) takes down a Wolves receiver during the Pirates' Homecoming win.

GRANTSBURG – The Grantsburg football team rose above the .500 mark in grand fashion on Friday.

After dropping three consecutive games to land at 1-3 in mid-September, the Pirates responded with a pair of consecutive wins to even their record at 3-3. They moved above the even mark with their most lopsided victory of the season so far.

Grantsburg combined its first shutout defensive effort with its highest point production in a 48-0 win over Elmwood-Plum City to improve to 4-3 on the season. Sterling McKinley passed for two touchdowns and another on the ground, taking advantage of the field position provided by the defense.

“We had a short field for a few positions to go along with a pick-six to allow us to score over 40 without many yards,” Grantsburg coach Adam Hale said. “Our defense did a nice job of not allowing any big plays all night to the (Elmwood-Plum City) offense and keeping them out of the red zone.”

The Pirates built a three-score lead in the first quarter, getting points from all three phases. McKinley found Reed Arnold for a 32-yard touchdown pass to get the Pirates on the board and Isaac Quimby made it a two-score lead with an 11-yard touchdown run, followed by an extra point from Jared VanWatermuelen.

But before the end of the first, Grantsburg increased its lead on defense. Zach Miller picked an Elmwood-Plum City pass and returned it 30 yards for a touchdown. The following VanWatermuelen kick gave the Pirates a 20-0 lead to start the second quarter.

“I'm really pleased with our offensive line improvement, especially playing without three guys who started for us in the first month of the season,” Hale said. “We played a pretty complete game and did a much better job of limiting our mental mistakes, which resulted in some big plays on offense and no breakdowns on defense or special teams.”

McKinley had a long-distance score to open the second quarter, rushing 73 yards for a Grantsburg touchdown and the extra point gave the Pirates a 27-0 lead. Though they added to that with another scoring drive, capped by a 2-yard touchdown run from Quimby and kick from VanWatermuelen to give the Pirates a 34-0 lead entering the break.

As the defense continued to blank the visitor, Grantsburg’s offense added a pair of insurance scores in the third quarter. McKinley and Arnold connected on a 12-yard touchdown pass and Aidan Burkman added a 47-yard touchdown run, both followed by VanWatermuelen kicks.

“We're starting to play with some confidence and our younger guys have gotten some much needed game experience and it's starting to show,” Hale said.

The Pirates try to move two games above the .500 mark with a road win at Webster this Friday.

“Webster is going to be a challenge because they are a very physical football team who is playing extremely well on the defensive side of the ball,” Hale said. “They also control the clock on offense so we will have to crisp on offense and maintain blocks in order to make the most of each possession.”