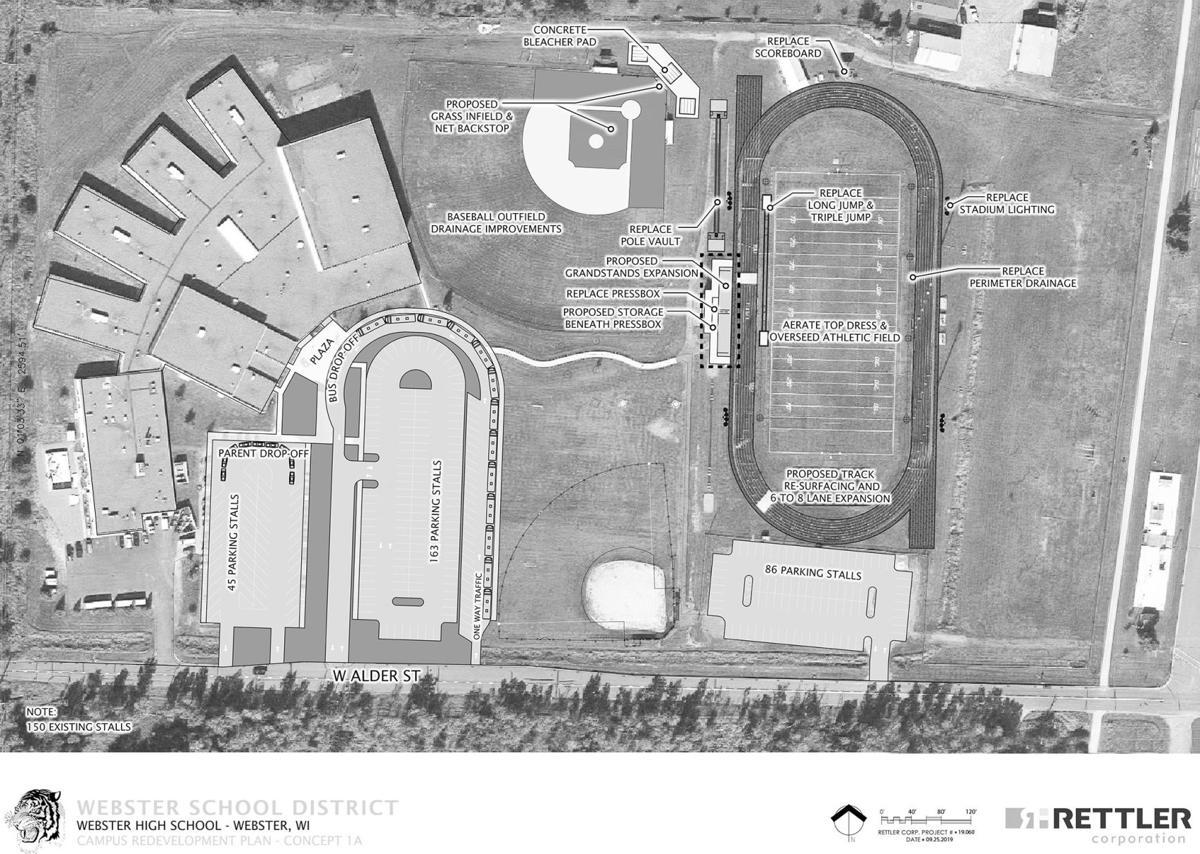 The Webster school board recently voted to pass a referendum vote that will appear on the ballot April 7. The referendum is not to exceed $6.5 million.

In October 2018, the district had a facility audit done on all of Webster’s facilities. The audit was compiled by Cooperative Educational Service Agency (CESA) 10.

According to Wisconsin State Statute, CESA is a statewide organization whose purpose is to “serve educational needs in all areas of Wisconsin by serving as a link between school districts and between school districts and the state. Cooperative Educational Service Agencies may facilitate communication and cooperation among all public and private schools, agencies, and organizations that provide services to pupils.”

Webster Superintendent Jim Erickson wrote in a recent newsletter, “We use the phrase “Every Student, Every Chance, Every Day” because we believe that everyone has potential and can succeed if they are given support. That support comes in many forms; from our parents, a large number of volunteers and from our incredible staff. To complete that circle, we strive to provide our students with a safe, healthy and trusting environment.”

Officials have stated that the $6.5 million referendum will have no effect on taxpayers.

The mill rate in Webster should remain at 5.32 and the state average is 9.44.

Recently, the district invested $60,000 of funds from the School Safety Initiative grant to install security film on interior and exterior glass, an emergency communication system and panic buttons in school offices.

The district newsletter explained there are potential safety concerns with the district buildings.

The elementary school was built in 1960 with additions made in 1973 and 1994. Because of the construction dates there is the potential for asbestos in the school’s classrooms and cafeteria.

There are several safety concerns the district has including updating the security with key fobs and updating the configuration of the parking lot.

Currently, the lot has 150 parking stalls and the proposed total will be 208.

There will also be 86 parking stalls in the gravel lot south of the football field. The cost of the parking lot re-design is estimated to cost over $1.6 million.

This will include replacing the lights, scoreboard and bringing the bleachers up to ADA compliance. The press box will be replaced, two lanes will be added to the track. They will also be renovating the baseball field and addressing drainage issues across the facility.

There has been standing water issues in the football field, baseball field and the surrounding areas, according to the district.

The District has planned to expand their technical education department. The referendum proposal includes expansion of the career and tech ed area. This will include renovating the existing maintenance building in a wood shop.

In October and November the school held a number of meetings to review the proposed plans with members of the public. These meetings included walkthroughs which were intended to help the community make the decision to go to referendum.

The online post and print edition of this story used inaccurate information regarding the proposed child care facility. The district decided to not go forward with that part of the referendum and the $800,000 will instead be used for an assortment of other projects around the district. The Sentinel regrets the error and apologizes for any confusion or misunderstanding it may have caused.