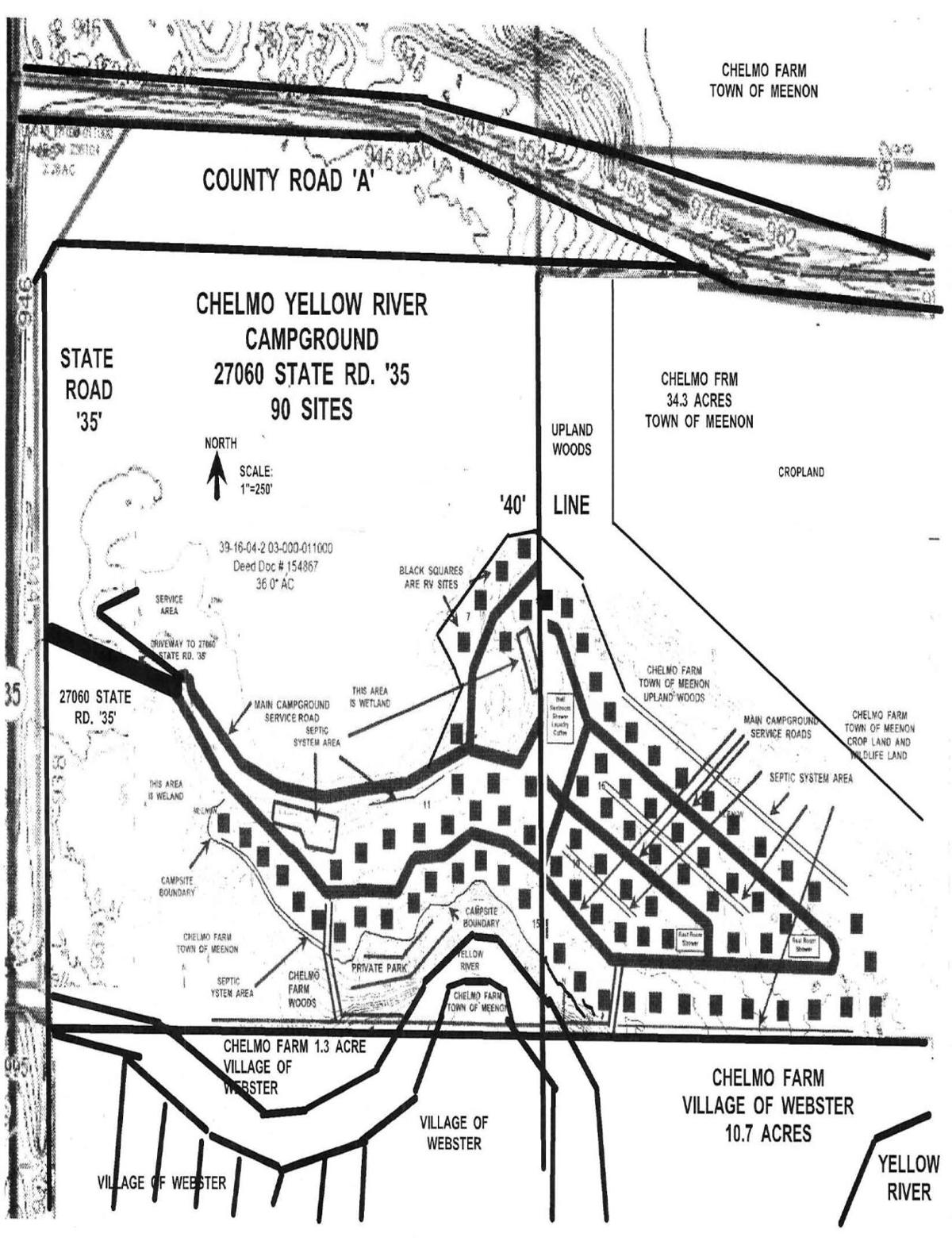 A plan of Chelmo’s Yellow River Campground which would hold 90 sites. 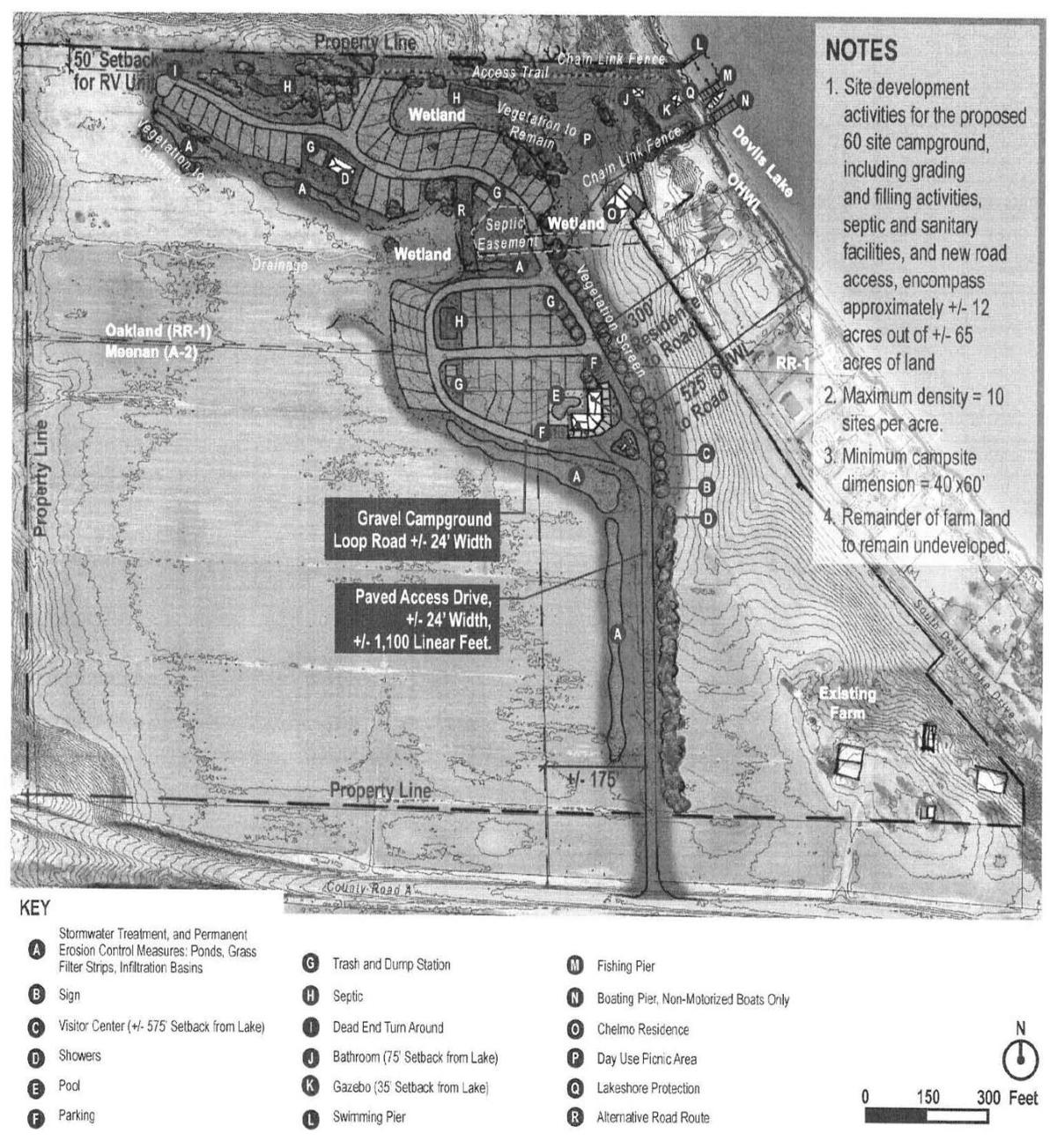 Greg Widiker, Chairperson for the Village of Webster, explained to the board Chelmo’s plan is there will be several limited river accesses by wristband permit only. There will be established stairways to the river and several scenic overlooks without river access.

Even though the campground would be outside of the Webster Village’s property, Widiker thought it would be wise for the village to discuss the campground, take a stance, and possibly bly draft a letter to submit to the county stating their stance.

He told the board they should draft a letter that will represent the village’s stance, so when the county makes the decision to approve or not approve Chelmo’s campground, they know where the village stands.

“Me personally, I’m opposed to it because it would affect what I love about where I live and it would have a significant impact as far as welfare and quality of life on living on a quiet river in a corner of the village on a dead end road.”

Two members of the public were also at the meeting to discuss their stance on Chelmo’s campground. Ann Lunsman-Reading and her husband Robert Reading who are now full-time Webster residents. Lunsman-Reading has a background in biology, ecology and law enforcement. She told the board there is a lot of research that needs to be done before an RV park is built.

“Just in our area I have discovered that there’s a Northern Flying Squirrel in great abundance which is on the protected species list. There’s also trumpeter swans that navigate that waterway all the way to the large Yellow Lake and the smaller Yellow Lake.”

She has even discovered through other research that some of the wetlands are protected. She believes that a big concern right now of the village and neighboring communities should be environmental studies. They need to figure out how a campground would affect the waterways and the estuaries.

Lunsman-Reading also has a concern for some of the birds in the waterway. “A lot of those nesting and migratory birds on the waterway, they are there because it’s a quiet waterway and I don’t see the benefit of developing that into an RV park so close to the roadway.

“I’m not opposed to Mr. Chelmo doing an RV park, but he is trying to do it in an area that is very susceptible in biodiversity.”

She told the board that she will continue on with her research and will share whatever she finds with Widiker and the board. “We should do whatever we can with the neighboring counties, villages and townships to let them know this is bigger than just an RV campground. This is a very unique biodiversity ecosystem that needs to be protected, and we have the ability to do that right now before our lakes get more polluted.”

After hearing from Lunsman-Reading and having a short discussion, it appeared that all of the board members were in favor of taking a stance opposing the campground. The next step is Widiker will write a draft of the letter stating the village is opposed to the campground and their reasons why. The committee will then meet back up to go over the letter and make any changes necessary and finalize the draft before sending it to the county and to Daniel Chelmo.