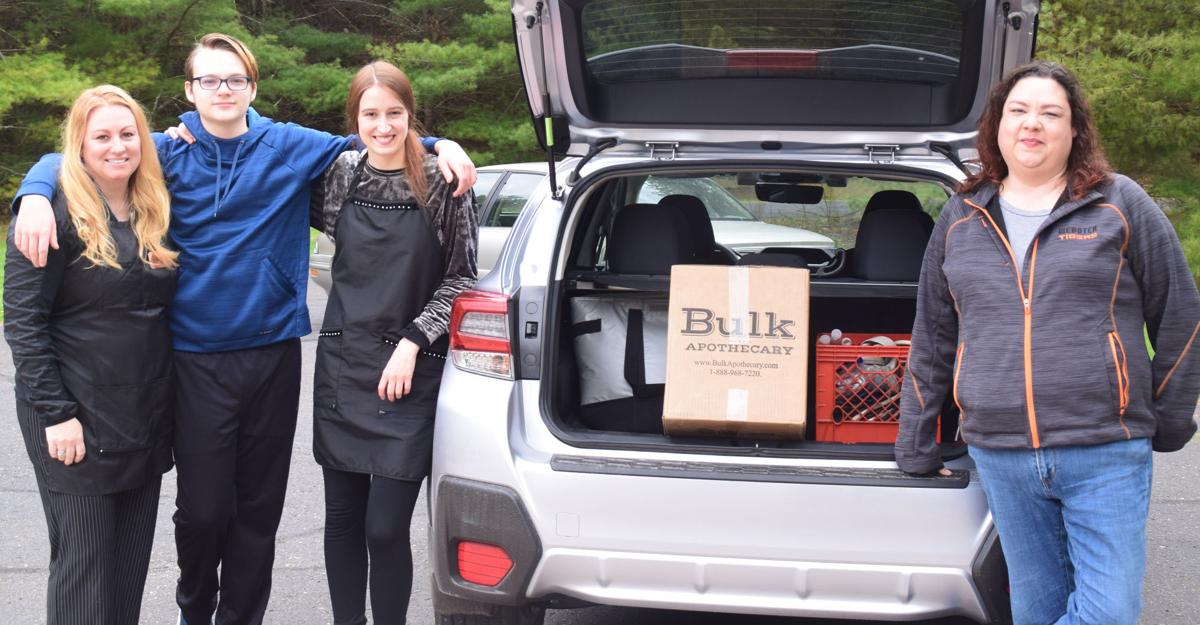 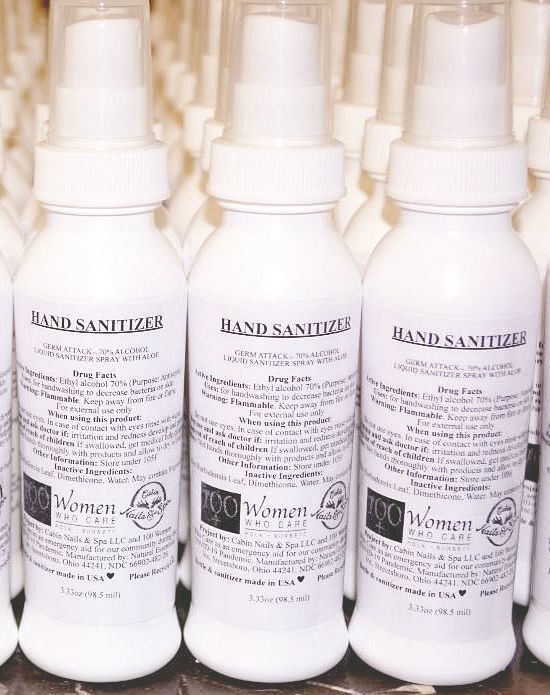 When there became a shortage of sanitizer and it seemed impossible to get, Cabin Nails and Spa in Webster stepped up to help.

Roxy Brown-Josephs of Cabin Nails and Spa saw that there was basically no sanitizer left and came up with a plan.

“We wanted to do something to help others and thought what could we do,” Roxy said.

Her daughter, Victoria did some research and found sanitizer online and then they waited. The sanitizer is called Germ Attack and is FDA-approved.

“We ordered the sanitizer and bottles,” Roxy said. “When the bottles arrived, it was like the Jeopardy song playing until the sanitizer got here.”

Then the sanitizer showed up and the family got started.

“We disinfected one area of our house, set up an assembly line,” Roxy said. Victoria along with Roxy’s son and husband, Noah and Steve, helped with filling the bottles.

The total cost for the bottles and sanitizers was around $1,000 and they are donating all of them. Roxy is a member of 100 Women Who care, a group of women in Burnett and Polk county that donate to non-profit groups, and she reached out to the group for financial support.

Within three days of reaching out to 100 Women Who Care they had the money to cover their expenses and continued distributing the sanitizer.

Roxy said they have given 185 bottles to Webster schools that were given to families on the bus route while delivering school lunches. Another 100 bottles were given to Northwest Passage.

Webster Police Department was given 120 bottles to distribute around the community.

“I figure the police know best who needs these supplies right now,” Roxy said. She added it would be best to get supplies to EMS workers and first responders and those on the “front lines.”

Roxy said they will be keeping some bottles for reserve for handing out  wherever needed.

Cabin Nails and Spa, located on County Road A east of Devils Lake, is still waiting to re-open their business. Roxy said they are planning to re-open in June.

For more information regarding the sanitizer you can call Roxy at 715-791-8888 or visit them online at facebook.com/CabinNailsandSpa.