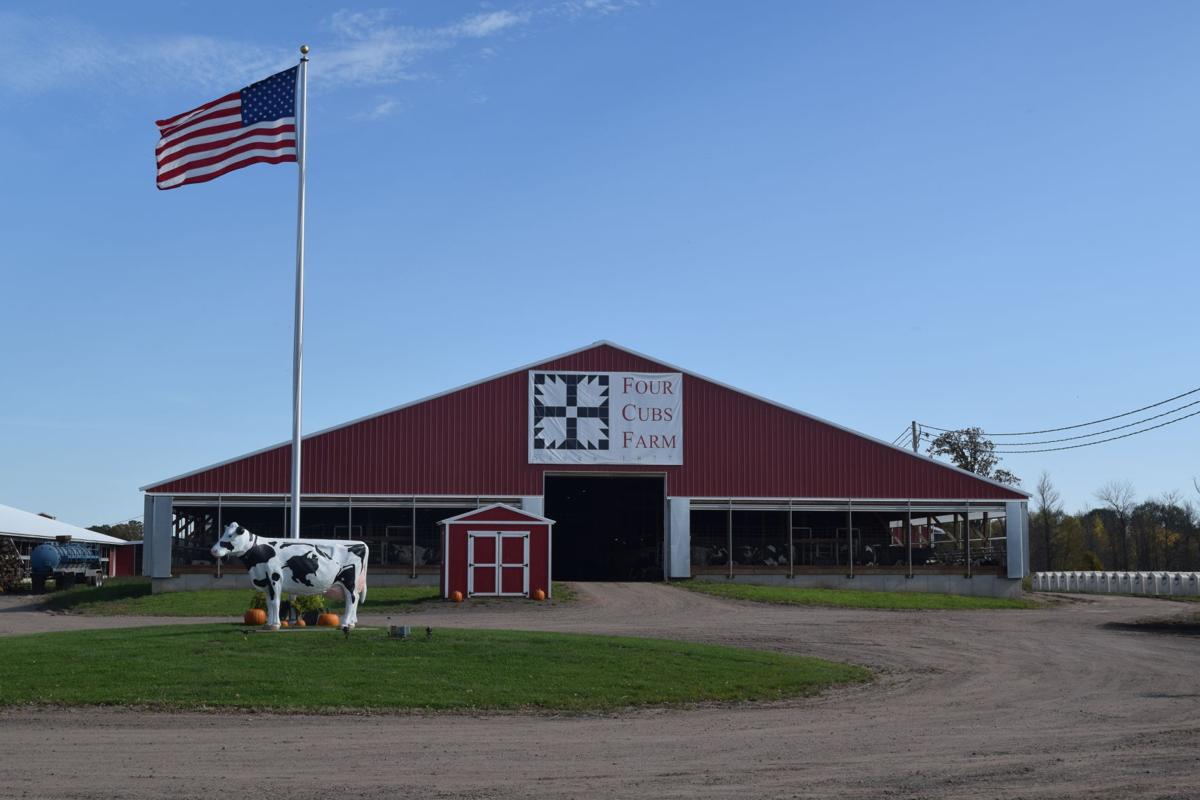 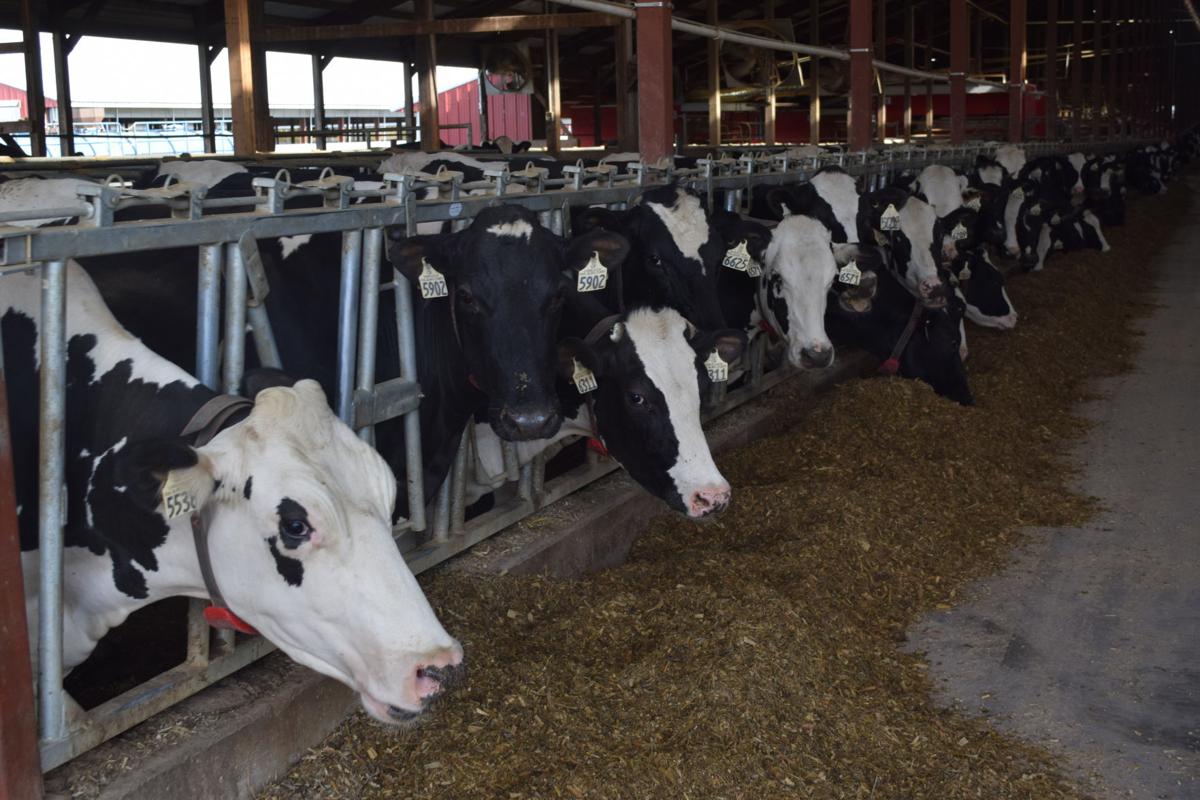 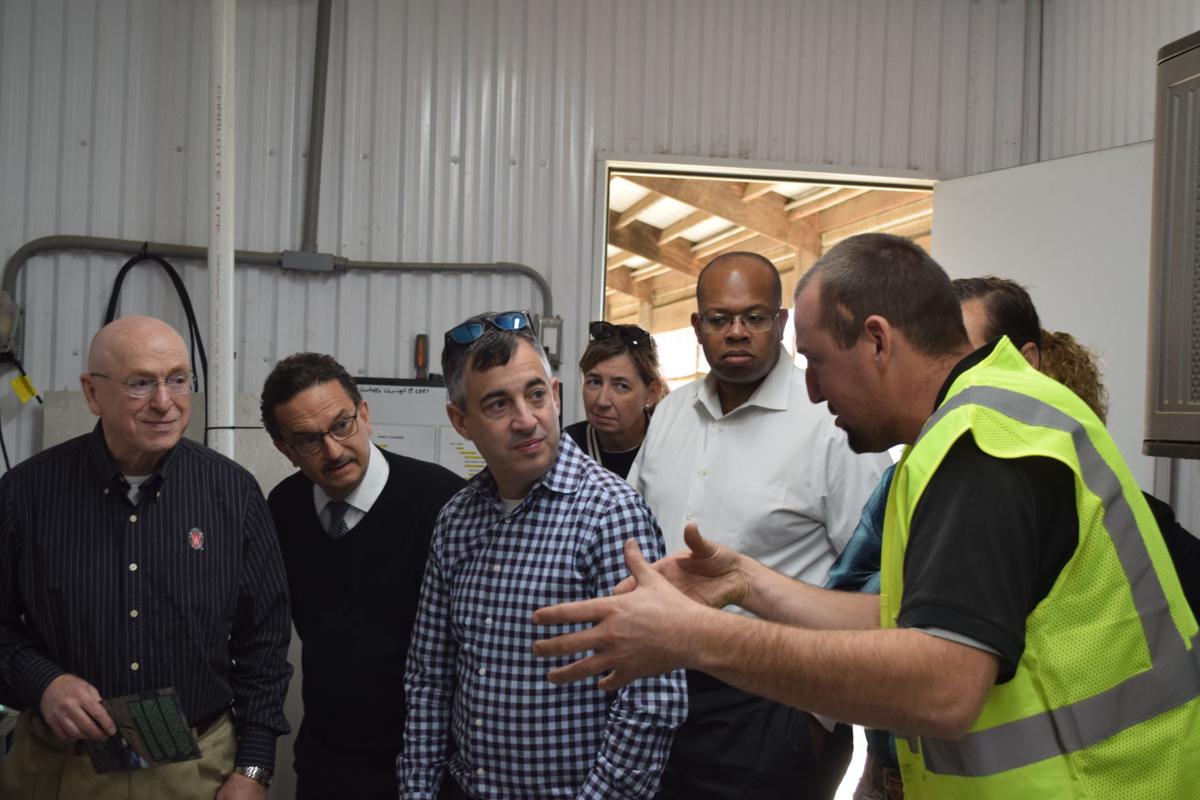 Members of the University of Wisconsin Board of Regents were in town last week for a tour of Four Cubs Farm.

A fire destroyed their milking barn in November 2017 and they have now made the switch to automated milking with 16 robotic milking machines.

The tour was given by Cris and Gary Peterson along with Four Cubs Farm herd manager Nathan Brandt and a brief appearance by fifth generation farmer Ben Peterson. Cris also serves on the UW Board of Regents.

Their tour included a brief history of the Century Farm told by Cris followed by a walk-through of the farms main barn. The farm has 975 milking cows and a total of 1,180 cows. The milking cows produce over 90 pounds of milk a day or about 160,000 glasses of milk with almost all the work being done by the milking robots.

Board of Regents members stopped just outside of Grantsburg on their way to a conference in Superior later in the week. The tour was also a chance for the board of Regents to announce their new Dairy Innovation Hub.

The state legislature has allocated $8.8 million for the hub in the 2019-2021 budget to UW-Madison, UW-Platteville and UW-River Falls. Last week, the legislature’s Joint Finance Committee released the funding, $1 million this fiscal year and $7.8 million allocated for 2020-21.

The funding will allow for hiring dozens of faculty and researchers, creation of an Advanced Dairy Management Academy, improving research labs and farms, and purchasing equipment.

“This is a wonderful opportunity for increased collaboration among our campuses,” said Dale Gallenberg, Dean of the College of Agriculture, Food and Environmental Sciences at UW-River Falls. “We look forward to serving as a model for other collaborative initiatives within the UW System.”

The vision for the Dairy Innovation Hub was originally crafted by industry partners following the 2017 UW System Dairy Summit and was supported as a top priority by members of the state’s Dairy Task Force 2.0.

The three campuses have already been working together to plan for the launch of the Hub. Now that it has received final approval, they are working in earnest to launch Hub activities.

“We are excited for the possibilities this funding will provide our faculty and staff to work together on research and talent development for the state,” said Kate VandenBosch, Dean of the College of Agricultural and Life Sciences at UW-Madison.

The Hub will enable the expansion of research efforts in four focus areas:

The deans look forward to tackling challenges such as:

• Repurposing waste from cheese production for bioenergy or other uses

In addition to research, academic programming is an important aspect of the initiative. The deans agree that developing the future leaders of the dairy industry is an essential function of each campus that will be fostered by the Hub.