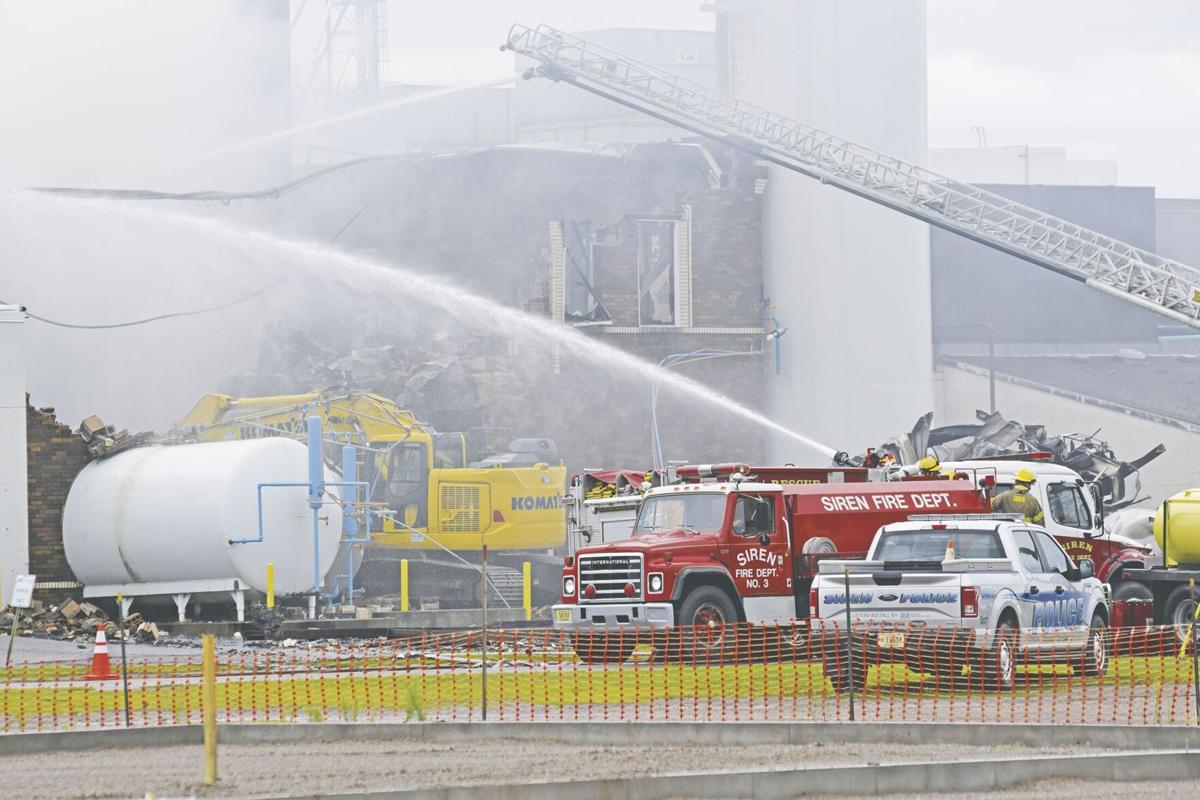 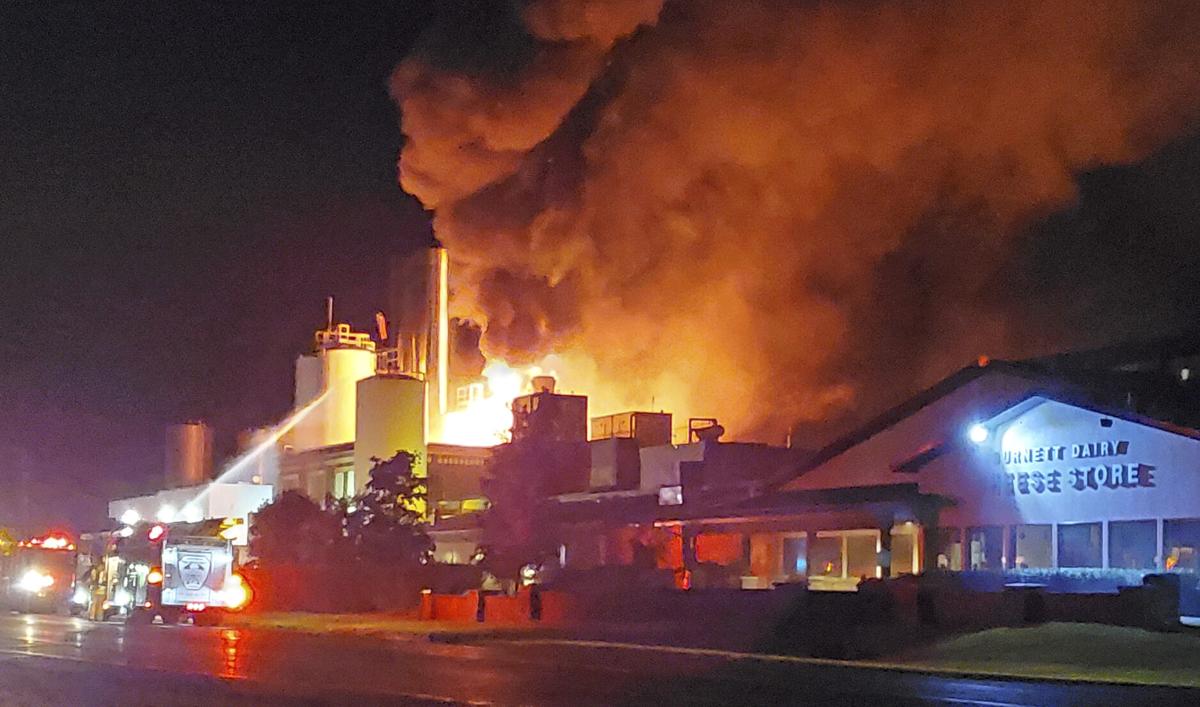 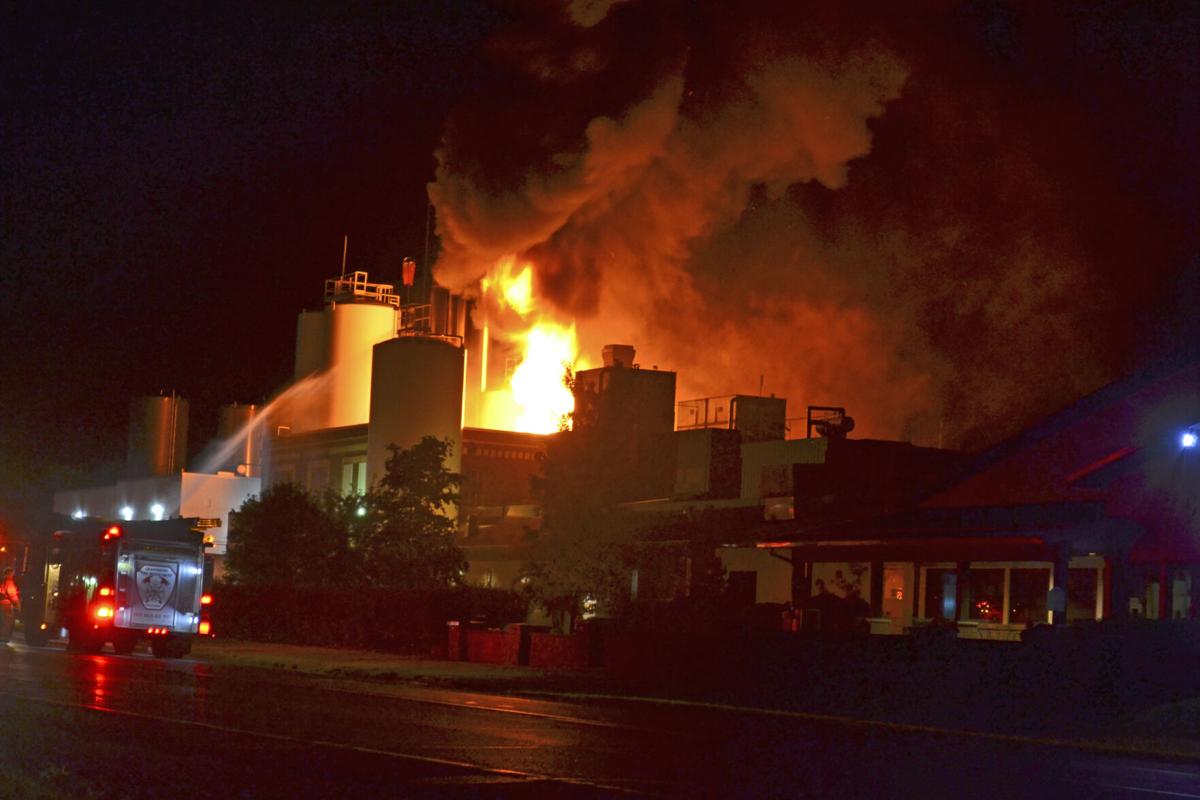 The Burnett County Sheriff's Office has opened up Highway 70 to full traffic as the fire at the Burnett Dairy Cooperative that burned from Monday night into Tuesday afternoon.

The Sheriff's Office released a press release stating the fire allegedly started in the boiler room.

"This was a tremendous effort by all departments involved," the statement said which was signed by Sheriff Tracy Finch and Grantsburg Fire Chief Cory Barnette. "A potentially very dangerous situation was mitigated by a quick response."

The statement also said that along with the first reported 8 fire departments another 6 departments also provided aid.

A fire at the Burnett Dairy Cooperative erupted on Monday night when eight crews were called to maintain the fire. The first calls for the fire began around 10:30 p.m.

There were no reported injuries from the fire. Initial reports suggest the fire was started after a mechanical malfunction at the dairy.

Grantsburg, Siren, Webster and St. Croix Hertel Fire Departments were on the scene along with Frederic, Cushing, Pine City and Rush City.

On the scanner fire crews said they were able to enter the building around 1 a.m. and Tuesday morning the fire was still going but was under control.

Burnett Dairy Cooperative is a farmer-owned cooperative based near Grantsburg. Founded in 1896, it is one of the few remaining full-service cooperatives producing cheese today.