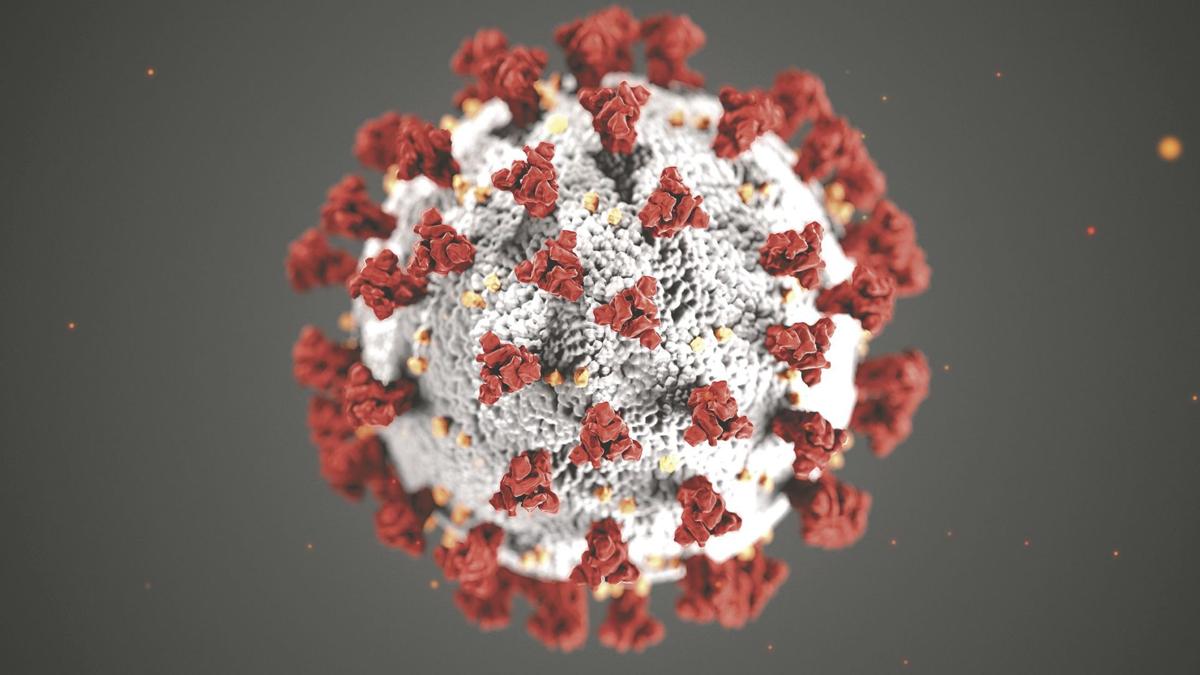 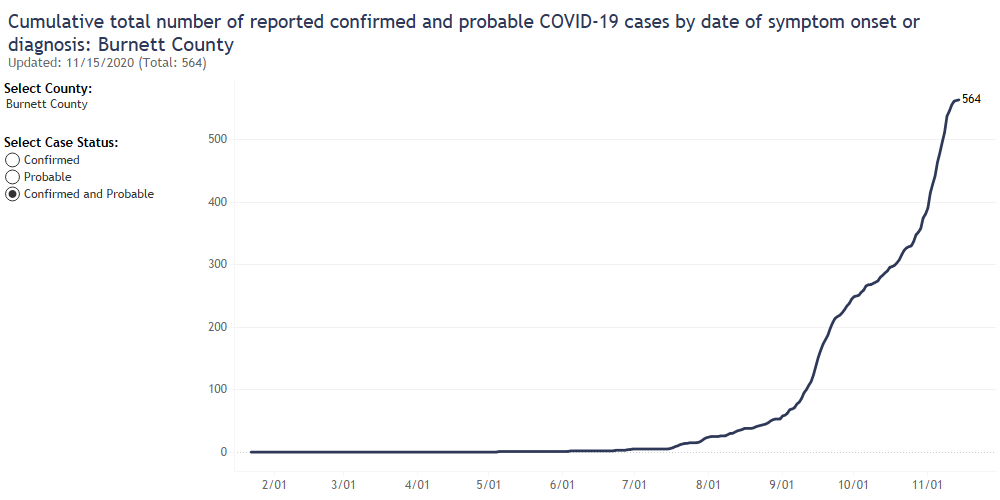 Allison Fern is director of the Burnett County Department of Health and Human Services. She said the county reaching a new record of daily cases. Now the county has over 600 cases, with almost 200 being active cases.

This is in line with Gov. Tony Evers’ office asking residents to stay at home whenever possible, limit interaction with people outside their household, wearing a mask in public space and practice physical distancing.

On Monday, the Government Center in Meenon announced the building will be closed to the general public beginning Monday Nov. 23 and will remain closed until Jan. 11, 2021.

“Due to the rapid increase of COVID-19 cases within Burnett County, and the burden this pandemic continues to place on essential services, Burnett County has made the decision to close our facilities to the general public,” a press release stated. “All access to Burnett County facilities shall occur via appointment only.”

According to Burnett County Public Health, Burnett County has had 619 cases of COVID-19 since the first case in May. The department has reported nine COVID-19 related deaths, over 5,500 negative cases and around 400 cases being monitored.

There have been 336 cases of the virus that have recovered from COVID-19, meaning there are approximately 200 active cases in Burnett County.

Burnett County is seeing the same trend that the rest of the state is seeing – cases have continued to rise since September.

In September, the Sentinel reported reaching 100 cases across the county after reporting few cases throughout the spring and summer. Eight weeks later the county is now reporting over 500 cases.

Fern gave an update on the virus to the county board last week.

“Cases are going up,” Fern said. “Yesterday, we had the highest number of new cases, 30 new cases reported. Prior to that, in October, a highest single-day amount of new cases was 16.”

At the same meeting, County Chair Don Taylor concluded that with active cases being around 100, it still remains around 1% of the total population of the county.

“It is still a relatively small percentage amount of cases that are active,” Taylor said. “That being said, it’s still a concern, people get it every day.”